Inside the ‘war zone’: Abandoned council estate where thugs spray graffiti, torch empty homes and dump rubbish and the few residents who remain live in fear after stabbing

With it’s graffiti-splattered walls, boarded-up windows and overgrown gardens, Gildas Avenue looks like a scene from a dystopian disaster movie.

But for those living around the suburban road in Birmingham, the area’s problems are all too real.

Local residents say it has become a magnet for yobs and vandals, a no-go zone of anti-social behaviour and urban decay, which is more like a war zone than a residential street. 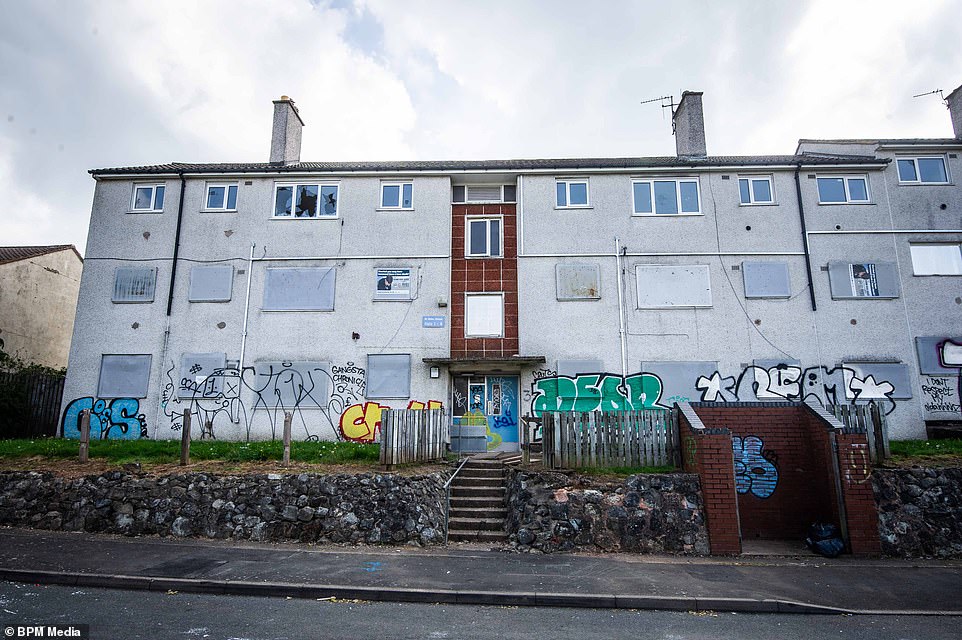 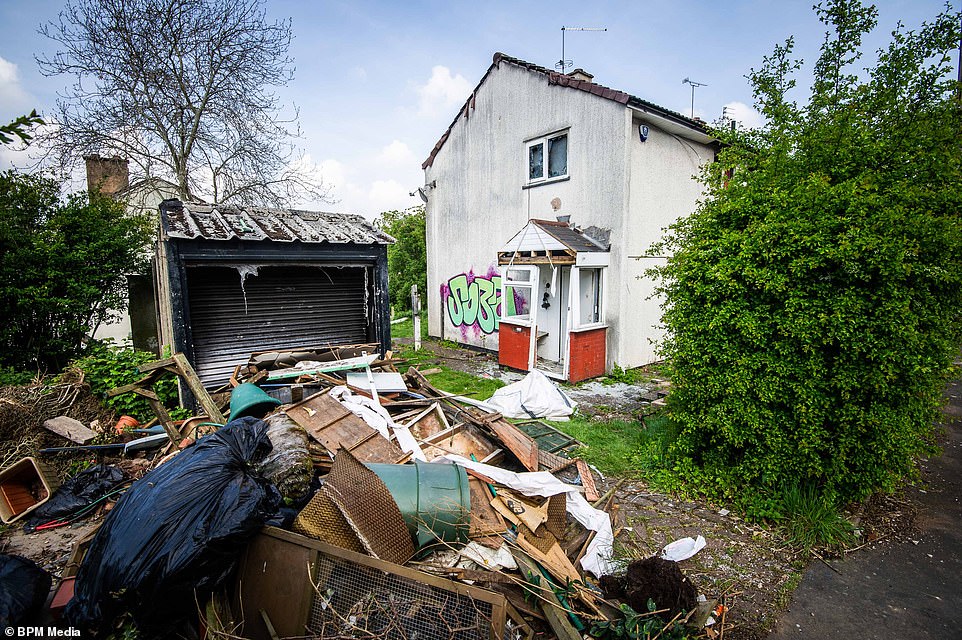 Nearly all of the street’s residents have moved out ahead of planned building works, which are due to start later this year 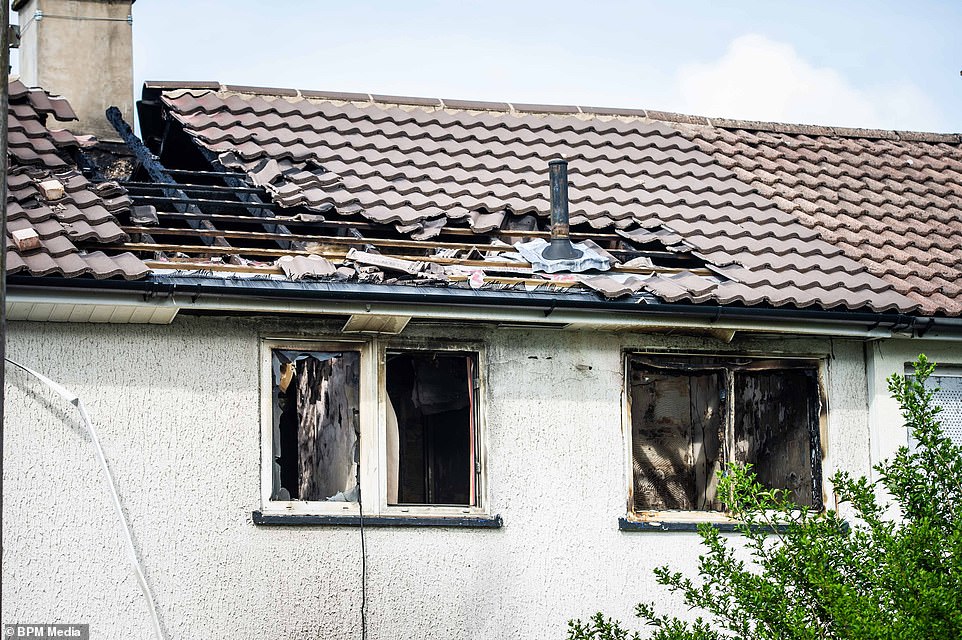 Residents say the uncertain status of the area has made it a magnet for arsonists, lead thieves and anti-social yobs 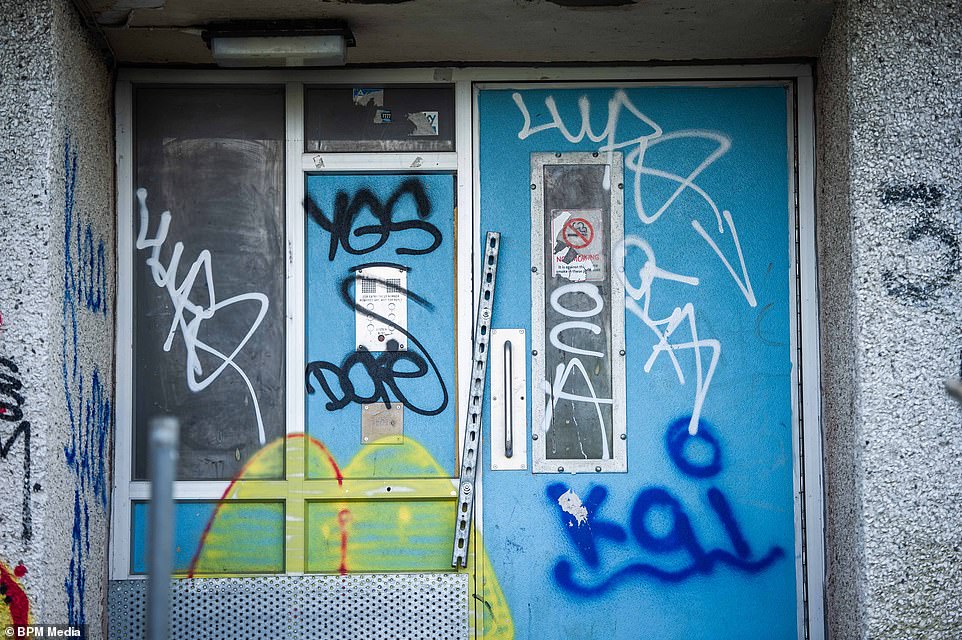 A tenement block on the road is earmarked for demolition ahead of a planned regeneration programme, but those living nearby say delays in the scheme have turned the area in the twilight zone.

Resident Kathleen Witheridge told The Birmingham Mail: ‘It looks really horrible. It’s like a war zone with all of the rubbish and graffiti everywhere. I don’t feel comfortable here.’

Neighbour Michelle Mulhall added: ‘I think it’s disgusting how the council have left residents. It’s bad down here. The buildings have just been boarded up and left. Nobody wants to come down here.’

Locals say the state of the area encourages anti-social behaviour and low-level crime. 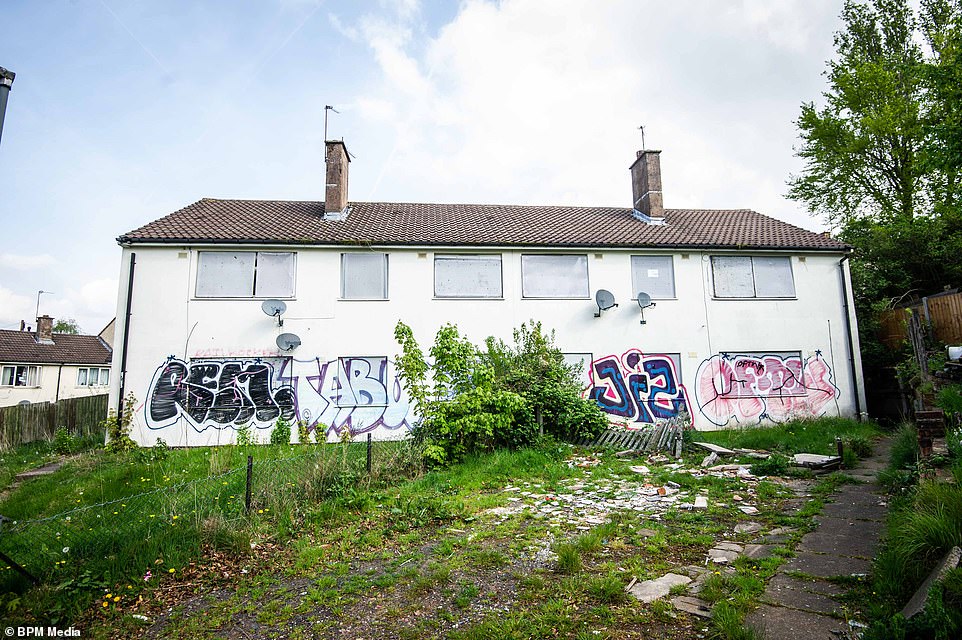 The council will move in and demolish the abandoned buildings once bat surveys have been carried out, officials say 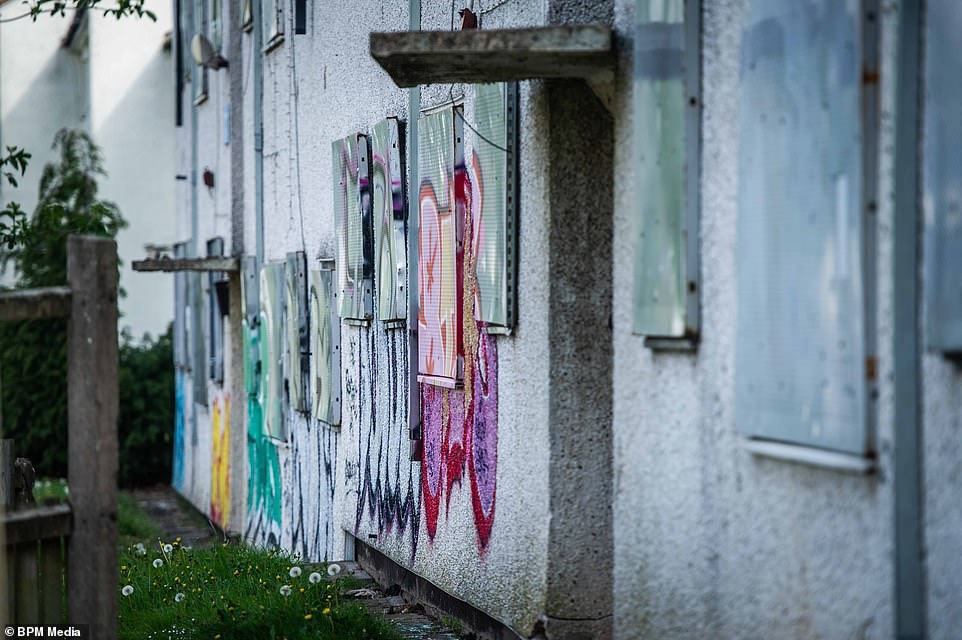 Most of the windows on old flat blocks are boarded up, and their walls are covered in graffiti by passing local yobs 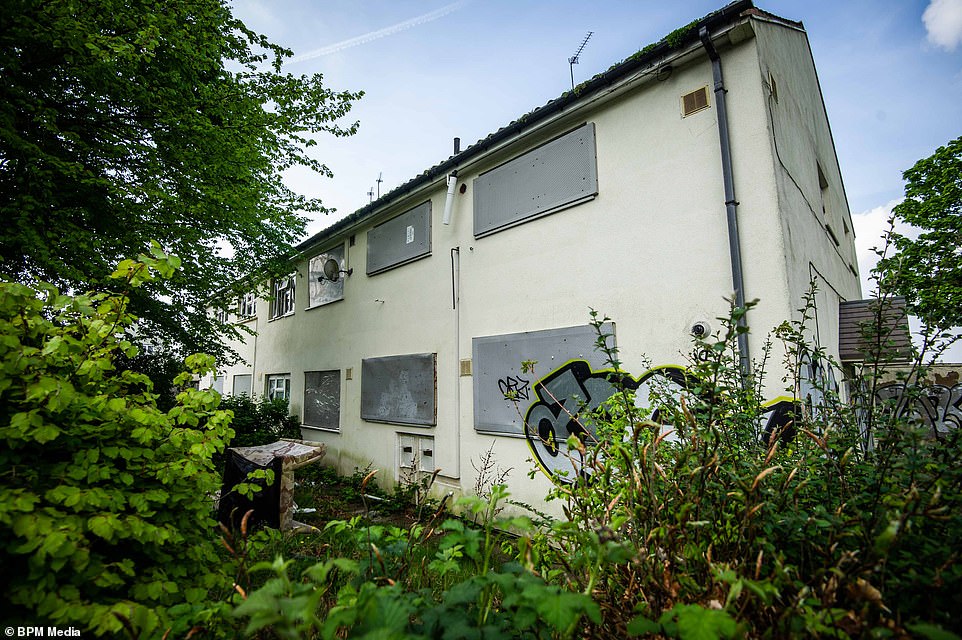 Most of the gardens have become seriously overgrown, with old furniture, tyres and rubbish piled up near former homes 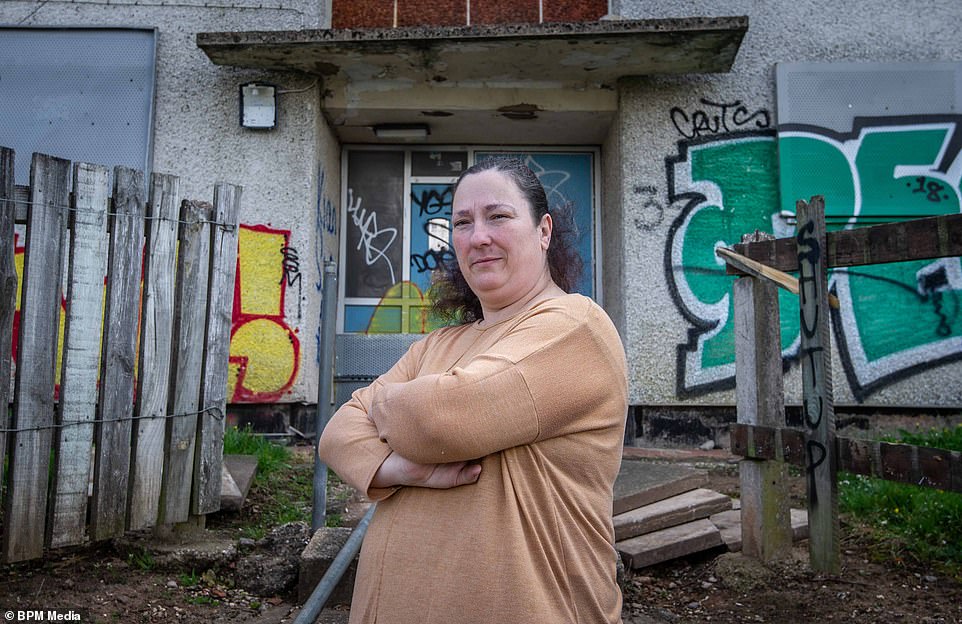 Michelle Mulhall said: ‘I think it’s disgusting how the council have left residents. Nobody wants to come down here’

The ‘broken windows’ theory is an idea, first proposed by social scientists James Wilson and George Kelling, that you can deter violent crimes by cracking down on lesser types of lawlessness, like graffiti.

Scientists said that people are more likely to smash windows in a street where some windows are already broken, and hence crime of all kinds will be higher in areas of urban decay.

The idea was taken up by NYPD Commissioner William Bratton in the 1990s. During his tenure, killings in the Big Apple fell by 40 percent, erasing two decades of climbing murder rates.

But issues came to a head earlier this a taxi driver was stabbed by two passengers who demanded money from him and then stole his car.

Birmingham City Council said it waiting on bat surveys to be carried out before wrecking crews can move in and overhaul the area. The work is pencilled in for next month.

A council spokesman told the local paper: ‘This is a six-year regeneration programme and so as new information becomes available and our wider plans for the estate are developed, residents will be kept informed as to progress and time scales and given the opportunity for input and comment.’

Police say they are aware of ‘anti-social behaviour, arson and criminal damage issues’ on the street. The pair who attacked the taxi driver are still being hunted. 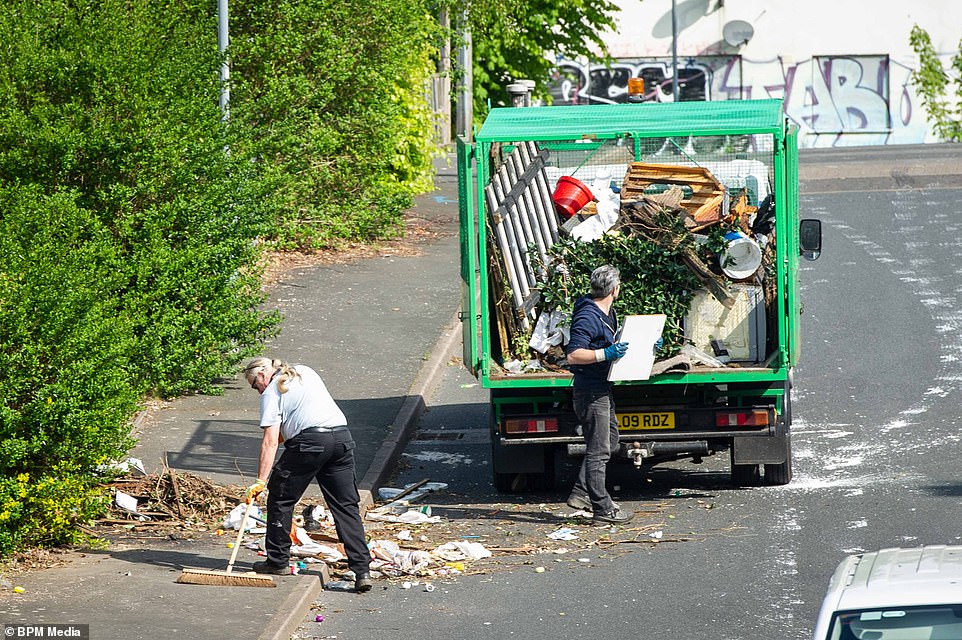 The council says it is putting on extra collections of fly-tipped waste, and hopes to start work on the area next month 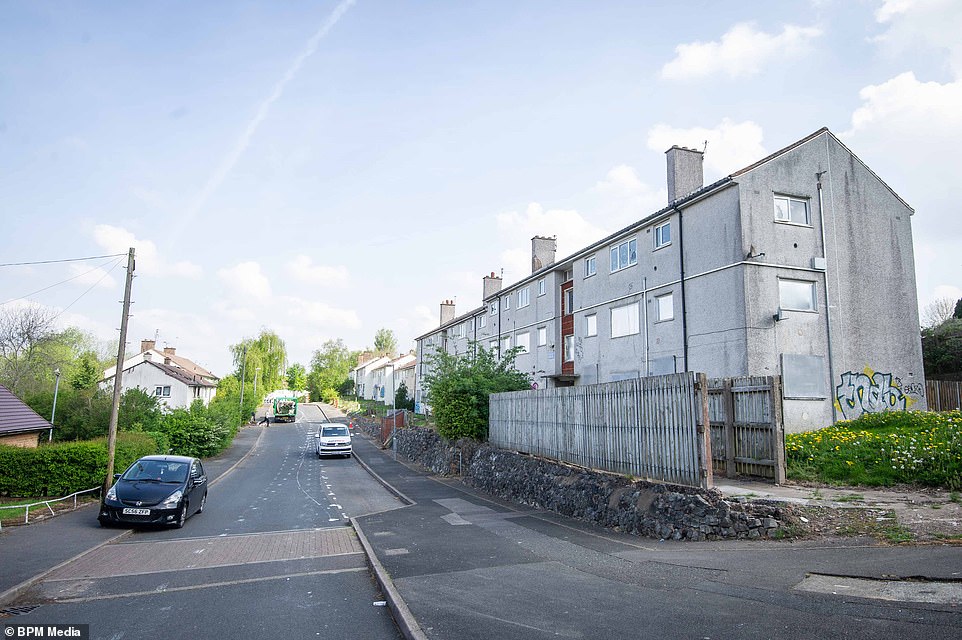 Resident are worried after a taxi driver was stabbed earlier this year and his car stolen. Police are still hunting the attackers