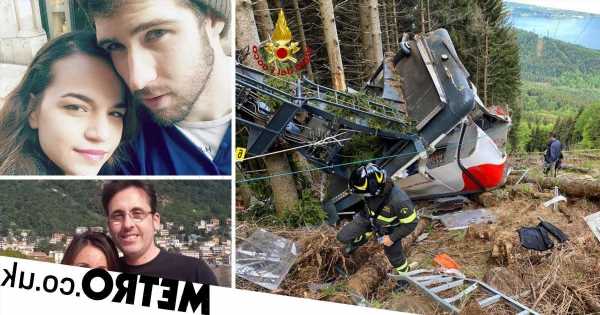 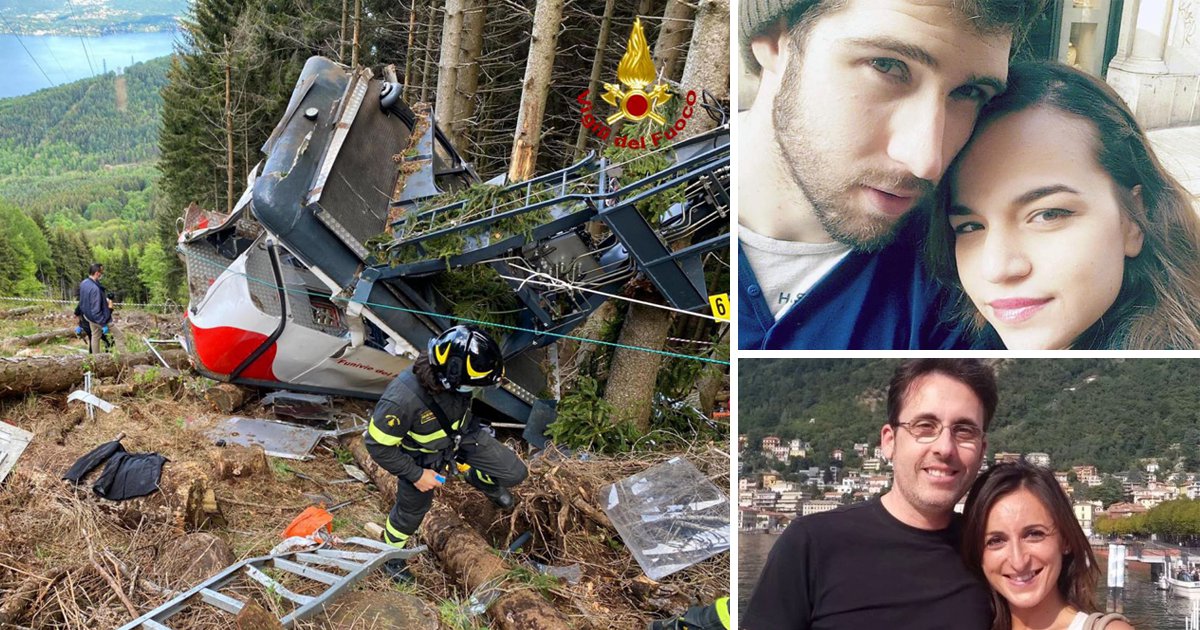 A doctor who had been working on the frontline of the Covid pandemic was among those killed when a cable car plunged 65ft down an Italian mountain.

Roberta Pistolato was celebrating her 40th birthday with her boyfriend Angelo Gasparro, 45, when she died in the disaster on Sunday.

It’s been revealed that an hour before the accident she sent a message to her sister, telling her: ‘We’re getting on the cable car.’

Authorities have now confirmed that 14 people died when the cable car’s lead apparently snapped, sending the cabin careering back down the mountain until it pulled off the line and crashed to the ground.

Engaged couple Silvia Malnati 27, and Alessandro Merlo, 29, were also among those killed.

The Israeli foreign ministry identified him as Eitan Biran. His parents, Amit Biran and Tal Peleg-Biran, an Israeli-born couple studying and working in Pavia, were also among the dead.

Their two-year-old son, Tom Biran, was killed at the scene, as were Peleg-Biran’s grandparents, Barbara and Yitzhak Cohen. The ministry said they had arrived in Italy on May 19 to visit their granddaughter and great-grandchildren.

Amit Biran’s sister, Aya, was not involved in the crash and was at the bedside of Eitan at Turin’s Regina Margherita hospital while other family members are flying to Italy from Israel to join her, the foreign ministry said.

The disaster at Mottarone mountaintop – one of the most picturesque spots in northern Italy – has raised questions about the quality and safety of Italy’s transport infrastructure.

Transport Minister Enrico Giovannini is travelling to the scene on Monday and has announced an inquiry into the ‘technical and organisational causes’ of the accident.

The mayor of Stresa, Marcella Severino, quoted witnesses as saying they heard a ‘loud hiss,’ apparently when the lead cable snapped.

She said the cabin reeled back down the line until it apparently hit a pylon and then plummeted to the ground. It rolled over two or three times before crashing into trees.

Some of the bodies were thrown from the car and were found amid the trees, according to Ms Severino.

The funicular line is popular with tourists and locals alike to scale Mottarone, which reaches a height of nearly 5,000 feet and overlooks several picturesque lakes and the surrounding Alps of Italy’s Piedmont region.