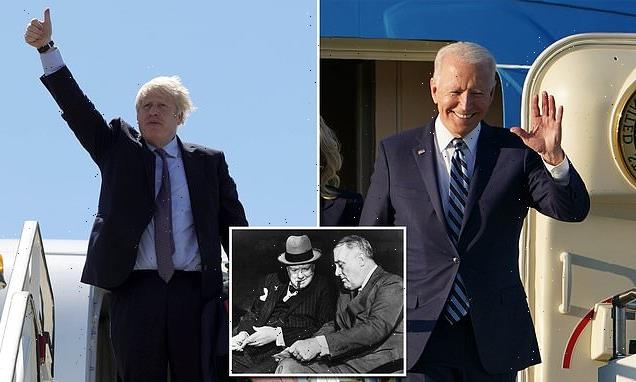 The special TRAVEL relationship! Boris and Biden will today pledge to restore UK-US flights with new ‘green corridor’ for double-jabbed passengers – but airlines hit back over lack of clarity or timeframe as they lose £23M

Prime Minister Boris Johnson and US President Joe Biden will today announce a taskforce to reopen travel – but the industry has already savaged the plans.

The scheme to revitalise transatlantic travel have been dismissed by sector leaders as lacking ‘clarity’.

Biden and Johnson are expected to agree an updated version of the Atlantic Charter, a 1941 deal between Winston Churchill and Franklin D Roosevelt which is credited with laying the foundations for the post-war world order.

But the industry appeared to have little confidence it would work, describing it as ‘the latest in a long line of travel taskforces which so far have only wreaked further devastation on our industry’.

National Security Adviser Jake Sullivan told reporters in a press briefing on Air Force One about the plan.

He said: ‘We’ve established two working groups of experts — public health experts: one with the United Kingdom and one with the European Union.

‘The point of these working groups is to share data and set out both milestones and criteria to enable a reopening of travel between our two countries as swiftly as possible, consistent with public health guidance.’

Virgin Atlantic chief executive Shai Weiss described its creation as ‘a first step towards reopening the skies’ but warned that the ‘absence of a definitive timeframe’ means airlines, businesses and consumers have not been given ‘much-needed clarity’. 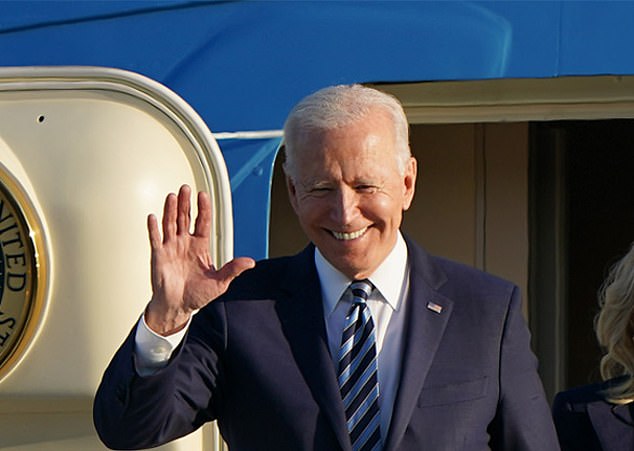 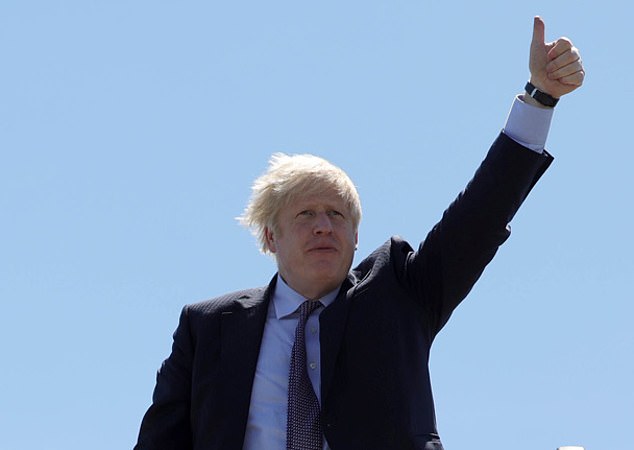 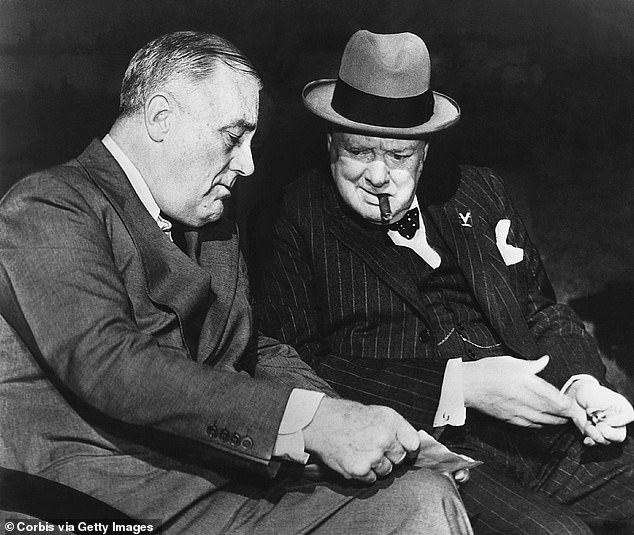 Biden and Johnson will announce a new Atlantic Charter modelled on one announced by Franklin D. Roosevelt and Winston Churchill during World War II

He said: ‘Restrictions on transatlantic travel are costing the UK £23 million each day and, despite one of the highest vaccination rates globally, the UK is now falling behind the EU’s reopening.

‘For global Britain to be seen as the best place to do business, visit and invest, UK Government must act immediately to safely reopen the skies.’

British Airways boss Sean Doyle said the announcement was ‘a step in the right direction’, but added: ‘We are now at a critical point and need action without delay, including clear criteria and a timeline.

‘Anything other than this could result in tough consequences.’ 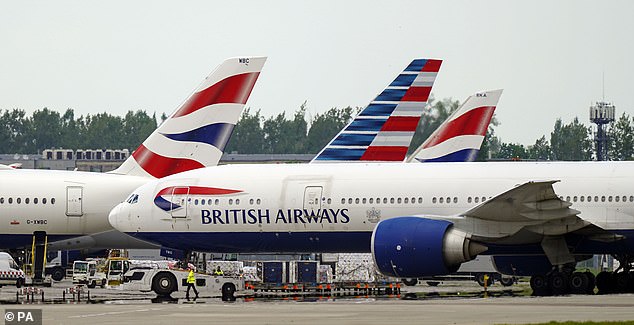 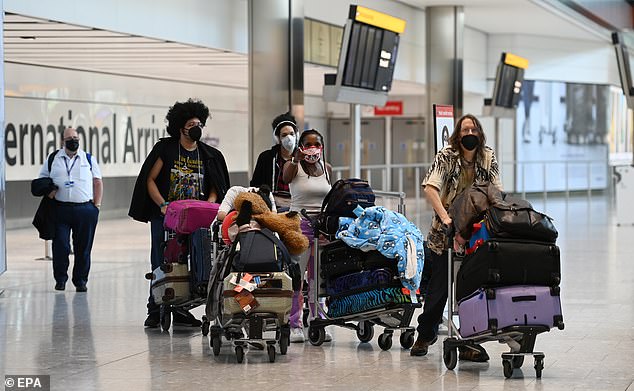 Jill Biden will have tea separately with the Prime Minister’s wife Carrie Johnson, and they will tour St Michael’s Mount, a 17th-century castle on an island just off the coast of Cornwall.

Biden will attend the G7 summit for three days starting on Friday, to work on US policy priorities such as the economy and allied unity.

Biden will finish his meetings at the G7 summit. Afterward, the Bidens will meet Britain’s Queen Elizabeth at Windsor Castle. Then Biden will travel to Brussels for the night.

Biden will meet NATO leaders and have a private meeting with the president of Turkey, Tayyip Erdogan.

Biden will hold more NATO meetings and then fly to Geneva for the night.

Before the outbreak of coronavirus, the UK-US air corridor was one of the busiest in the world.

More than five million people from the UK visited the US every year, with 4.5 million trips made in the reverse direction.

But demand has collapsed as coronavirus restrictions mean people arriving in the UK from the US must self-isolate for 10 days, while most UK citizens are banned from entering the US.

The new taskforce will be overseen in the UK by Transport Secretary Grant Shapps and will be chaired by senior officials in the Department for Transport and their US counterparts.

Clive Wratten, chief executive of the Business Travel Association, said the group is ‘the latest in a long line of travel taskforces which so far have only wreaked further devastation on our industry’.

He continued: ‘Jobs won’t be saved, nor livelihoods protected, until we are given a certainty on dates for the resumption of international travel.’

The UK Government’s own Global Travel Taskforce issued reports in November 2020 and April 2021 recommending how foreign travel can resume.

But the travel industry has claimed that many of its findings did not go far enough or were ignored.

A spokeswoman for travel trade association Abta said: ‘The US-UK link is incredibly important for business and leisure travel, as well as UK trade, so steps to get travel restarted are very welcome.

‘However, there is little in this announcement in terms of detail or timings.’

Mr Biden and Mr Johnson  are also set to discuss a technology agreement, aimed at lowering the barriers British firms face when trying to work with their US counterparts.

The leaders will also attempt to draw up plans to tackle climate change.

The PM was forced to defend his green credentials yesterday after flying to Cornwall from the capital, rather than making the 250-mile trip by train.

Downing Street said the flight had enabled the PM to carry out important visits in the county following Prime Minister’s Questions in Parliament.

Having visited a windfarm to highlight his commitment to green energy, Mr Johnson told reporters: ‘If you attack my arrival by plane, I respectfully point out the UK is actually in the lead in developing sustainable aviation fuel.’