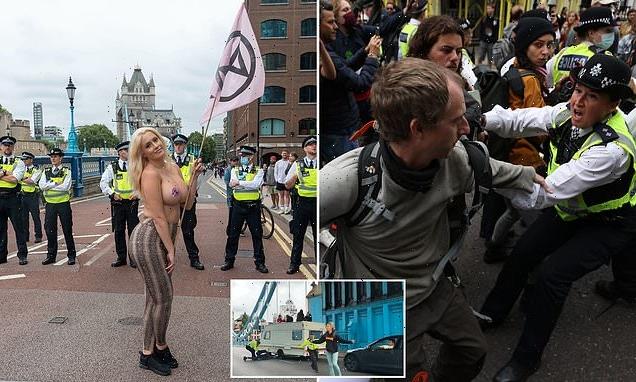 Nearly 2,000 police have been needed every day to deal with Extinction Rebellion’s two-week campaign of chaos across London as nearly 500 have been arrested and 81 unglued from structures

Chaos sparked by Extinction Rebellion’s two-week campaign has needed over 2,000 officers to police.

Nearly 500 people have been arrested and 81 activists have been removed after gluing themselves to structures during the latest wave in London.

The Metropolitan Police said there had been a total of 480 arrests in the capital since the environmental group began its action dubbed the Impossible Rebellion on August 23.

Deputy Assistant Commissioner Matt Twist confirmed nearly 2,000 officers have been involved in policing the activists every day, adding that they had acted ‘swiftly’ when demonstrators caused ‘serious disruption’ to Londoners.

Today they disrupted Bank again and student Laura Amherst launched another topless protest – this time in front of Lloyds of London.

Mr Twist told Times Radio on Friday: ‘It’s not the numbers of protesters but it’s the level of serious disruption that they’re looking to cause, which is impacting on other Londoners.

‘We’ve said right from the start, we know that Extinction Rebellion have the right to protest and the right to assemble.

‘But what we also made clear is these are qualified rights and they have got to be balanced against the rights of the rest of London and Londoners, the people, the businesses, the communities who want to lawfully go about their business. 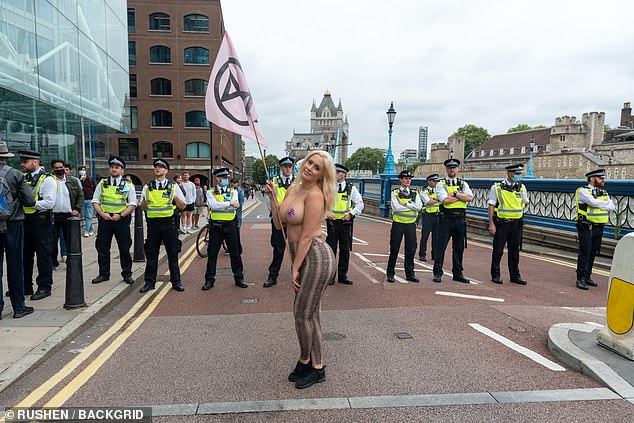 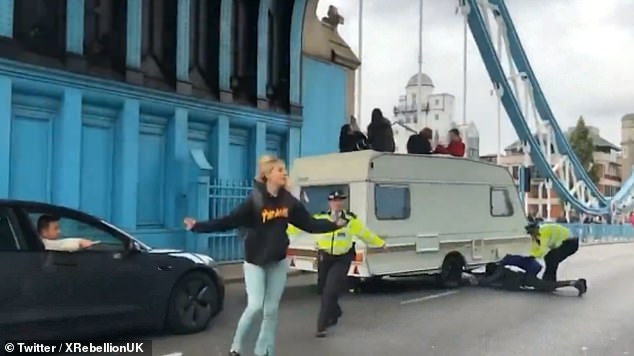 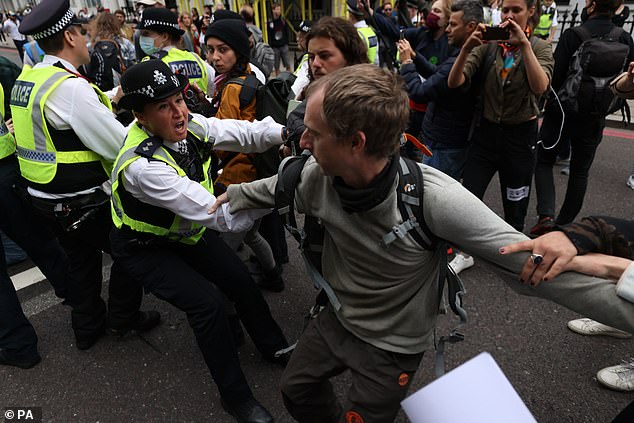 ‘Where we’ve seen cases of both very serious and totally unreasonable disruption looking to be caused, we have to take action and move in and make arrests.’

The protests have seen activists scaling the seven-storey Tower Place West building in the City of London, occupying both London Bridge and Tower Bridge and blocking roads across the capital.

Police were accused of heavy-handed tactics after officers could be seen using batons and dragging protesters from the top of a bus near London Bridge on Tuesday.

Defending the tactics, Mr Twist said: ‘There’s an overall strategy to deal with the protest, to facilitate the peaceful protest and try and work with the organisers to minimise the level of disruption. 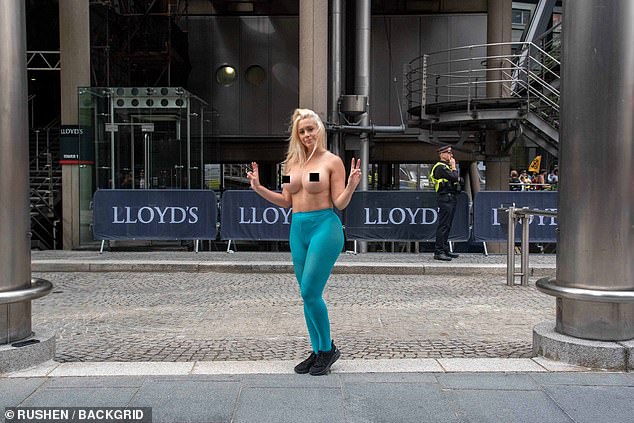 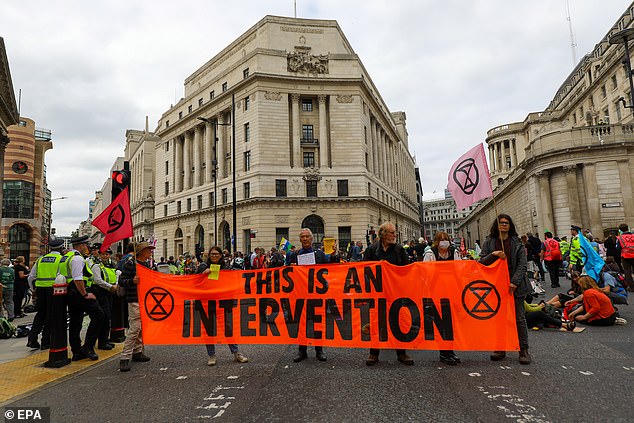 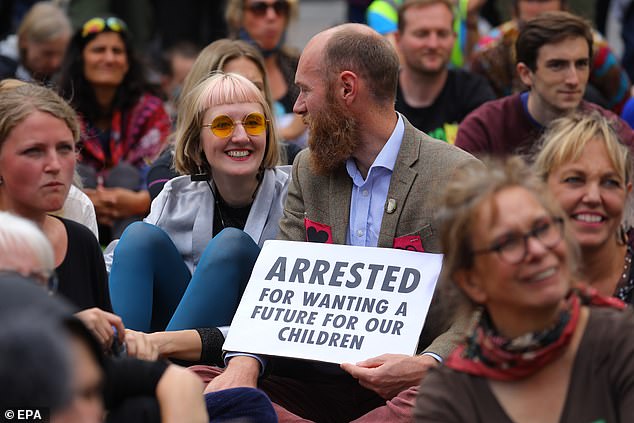 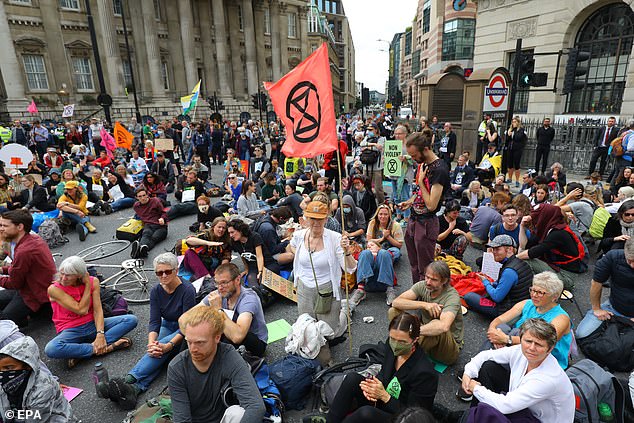 ‘What we saw at London Bridge and what we saw at other locations on Sunday was an attempt outside the Science Museum to set up complex structures with complex lock-on devices to cause serious disruption to the public of London.

‘And that’s when officers are moving in and acting more swiftly to make arrests and try to lawfully remove the protesters.

‘The important point is all of this takes a huge amount of time and resources and these resources are the same officers that are being obstructed from what we want them to be doing in their local boroughs, which is bearing down on violence.’