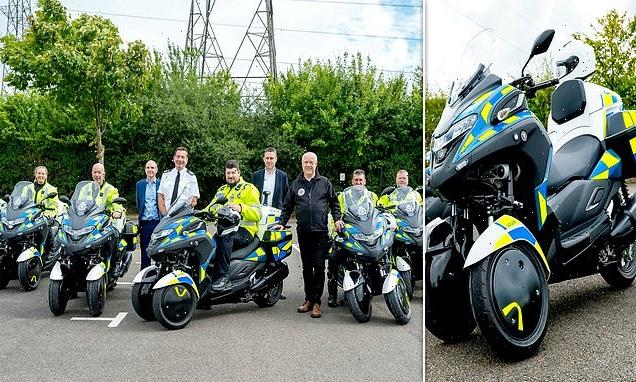 A UK police force has unveiled new electric trikes costing around £14,000 each – but the maximum speed they can reach to chase criminals is 95mph.

Northamptonshire Police has added eight of the petrol-hybrid Yamaha motorbikes to its fleet of vehicles – costing a total of £112,000 – and have 12 more on order which will then be leased out to other forces.

But they say the new wheels are eco-friendly and ‘meet the green agenda’.

The force is the first in the world to chase criminals on three-wheeled trikes but hope others will follow with plans for a wider rollout to policing teams in the country.

Cops believe the bikes will give them ‘greater visibility’ when out on patrols and will help them engage with people more easily and prevent crime. 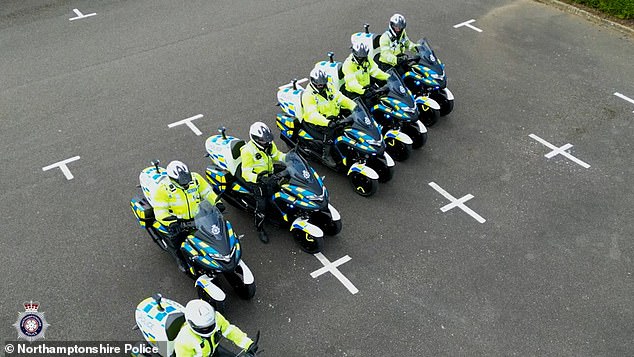 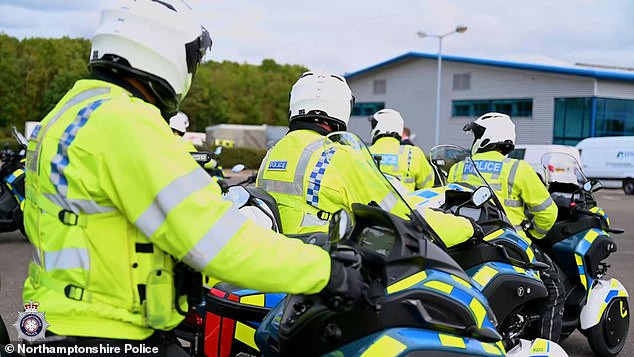 The three-wheeled vehicles cost around £14,000 each but police say they will help to reduce crime 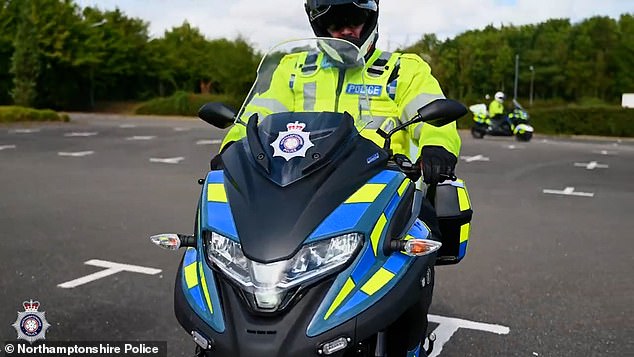 Officers with a regular driving licence for a car will be able to use the trikes and say they can last up to six hours – or around 100 miles – on just one battery charge.

Chief Constable Nick Adderley said: ‘You will not see these machines anywhere else in the world.

‘For the last three years – as the National Police Chiefs’ Council lead for motorcycling – I’ve been working with a local company and we’ve been designing these motorcycles.

‘It starts to attack that green agenda which all emergency services are battling with right now. 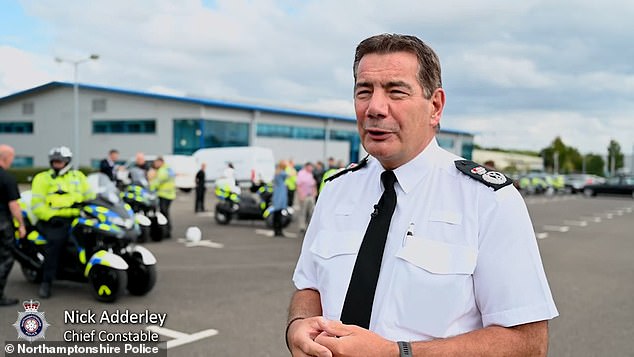 Chief Constable Nick Adderley said: ‘You will not see these machines anywhere else in the world’ 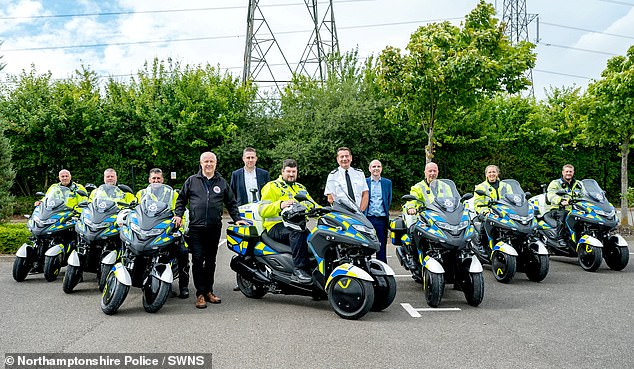 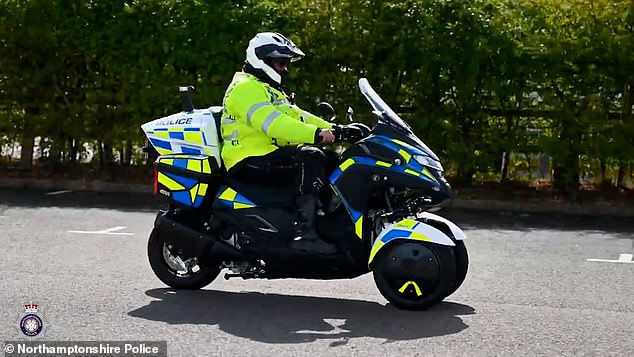 ‘We are the world’s first in terms of getting this machine running; in terms of a police force that has this bike, the aerodynamics and the engineering that has gone into it has not been seen anywhere in the world.

‘Effectively, the bike is hollowed out in the middle, allowing air to pass through the machine and not around it.

‘The ‘venturi’ – the tunnel through the middle – makes the bike incredibly efficient due to superior aerodynamics and it is a very nippy bike as well.

‘The transport infrastructure is changing for everyone, and we need to ensure we are prepared for the future with a sustainable fleet that not only meets the green agenda but also enables us to deliver the policing service our communities need and want.’

The trikes have been ‘hollowed out’ to make them ultra lightweight with each bike weighing 293kg compared to normal police motorcycles which are 360kg.

Lem Freezer, Head of Transport and Logistics for the both the police and fire services in Northamptonshire, said the trikes will help reduce carbon emissions.

He said: ‘Like all emergency services, we need to meet national objectives to reduce carbon emissions and move away from petrol and diesel powered transport by 2030. The technology behind the design of the WMC300FR reduces emissions by up to 50 per cent compared with a comparable non-hybrid model.’ 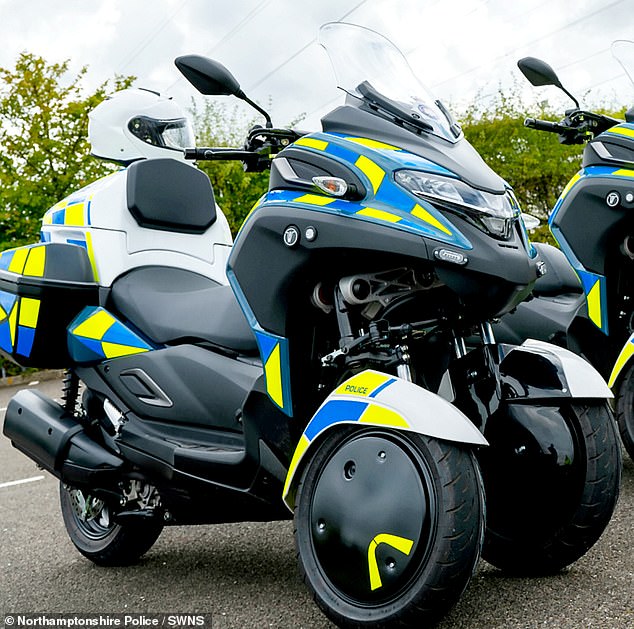 The new bikes can run on detachable batteries or be charged from normal plug points and will reduce carbon emissions by up to 50 per cent, police say.

He said: ‘If they are used in the city centre at a lower speed, you could get around four to six hours out of them, but if they are used more aggressively then the lowest they would go to is about two and a half hours.

‘I believe they plan to take on a further 12 vehicles by Christmas and then lease them out to other forces around the country as a trial.

‘If police officers are there on a fleet which is green and helping to push towards meeting the new green agendas, then I think that is a real positive thing.’