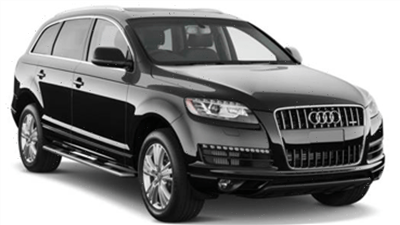 Police have released new footage in their search for the driver involved in a fatal hit-run that killed a man in Melbourne’s north last weekend.

Investigators released CCTV vision of the car they believe struck the 30-year-old on Sydney Road in Fawkner in the early hours of Saturday morning.

In the video, the vehicle can be seen travelling along Sydney Road following the collision.

Police believe the car could be a dark Audi Q7 manufactured between 2012 and 2015 and that it might be showing signs of damage.

“The vehicle could have frontal damage between its two headlights and damage to the bonnet,” Victoria Police said in a statement.

“As part of their ongoing investigation, detectives have today released an image of a vehicle similar to the one of interest, in the hope someone may recognise it.” 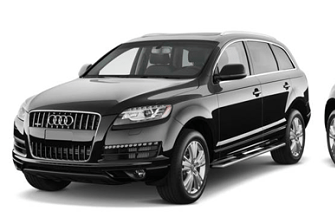 Police believe the car could be a dark Audi Q7 model manufactured between 2012 and 2015.Credit:Police Media

The 30-year-old was hit on the northbound lanes of Sydney Road, near Disney Street, about 1.35am on Saturday, and succumbed to his injuries before emergency services arrived at the scene.

Police claim the driver of the car continued travelling north on Sydney Road after hitting the pedestrian and later turned left into Camp Road.

Investigators are urging anyone who may recognise the car, know its owner or have dashcam footage of the area at the time to contact Crime Stoppers on 1800 333 000 or report the information online.