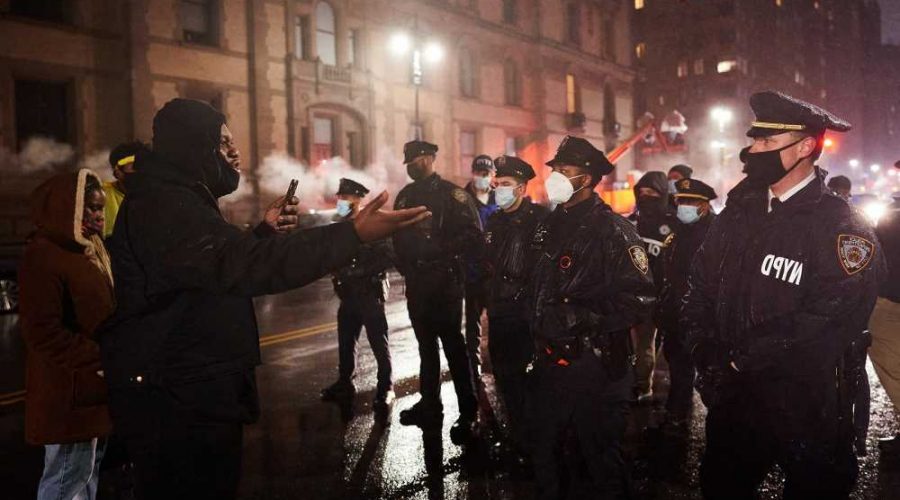 Cops across the country have been calling it a career since the murder of George Floyd in 2020 — which sparked national scrutiny on policing, new research shows.

Several agencies in the nation are seeing an almost 45-percent surge in retirements and departures compared to the year before Floyd’s death in Minneapolis at the hands of convicted cop Derek Chauvin, according to data from the Police Executive Research Forum obtained by the Associated Press.

There is a “crisis on the horizon” for departments that need resources, as shrinking staffs and increases in crime create a “combustible mixture,” he added. Hiring has slowed by 5 percent, the Forum also found.

The group’s research focused on a small sample size of US law enforcement agencies – 194 out of roughly 18,000. It used data from April 1, 2020 to March 31, 2021 and compared those numbers to the same period from a year earlier.

Floyd’s murder on May 25, 2020 led to protests across the country and mounting calls to defund police or reduce budgets for local departments. Anti-police sentiment has risen as elected officials push for more police accountability – and local departments see sagging morale.

The new climate in the country has led department heads to change the way they go about recruiting.

Atlanta Police Chief Rodney Bryant told the AP the department used to seek candidates who had “the strength to be more physical.”

The forthcoming report is the latest that shows ongoing difficulties in recruitment and retention of officers during the current national divisiveness over policing.

In New York City, there were 272 uniformed officers who put in retirement papers in the month after Floyd’s murder, previous NYPD data showed.

For all of 2020, 5,300 uniformed NYPD officers retired or said they would retire, a 75 percent increase from the year before, according to the data.

The exodus comes as police look to recruit a more diverse group of candidates that better reflect the ethnic and racial characteristics of the communities they cover.