A police car has been set on fire amid scenes of ‘utter chaos’ in a ‘riot’ in Leeds.

Residents of Halton Moor have seen bricks being thrown and dozens of police officers in riot gear.

The violent scenes saw police retreat in their vans and they were pelted with missiles as they drove away. 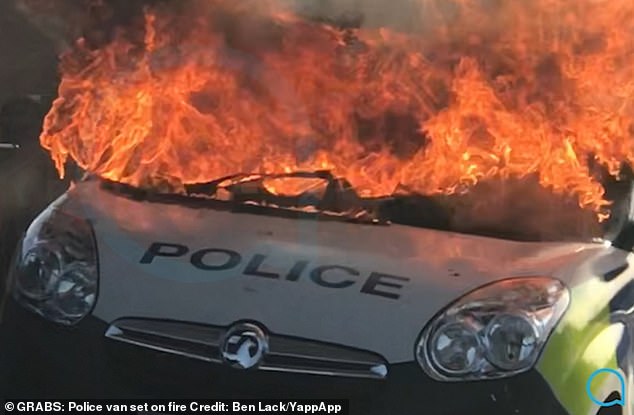 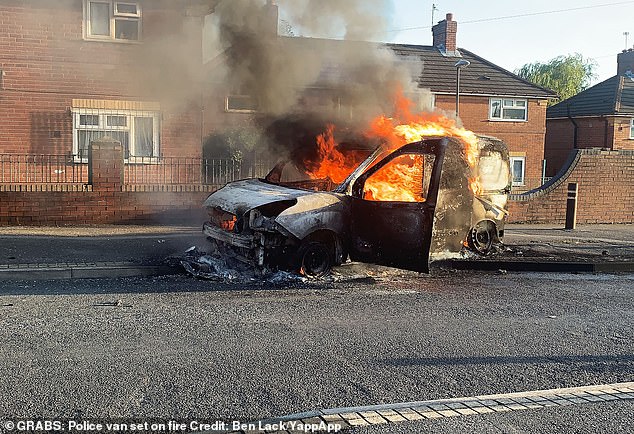 The Crime Scene Investigation police van was set on fire at around 6pm this evening, according to Leeds Live.

One resident said the ‘violent clashes showing no sign of stopping’.

Large crowds gathered to watch the violence unfold on the quiet residential street of Ullswater Crescent. 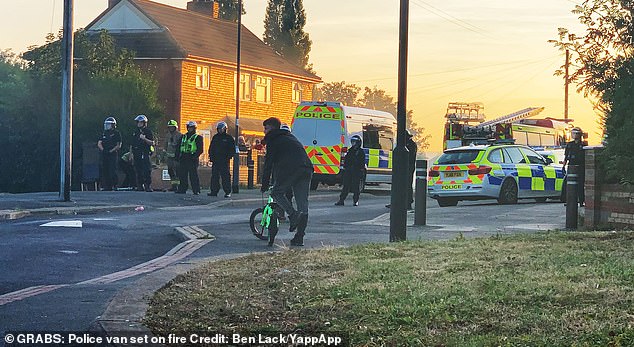 The burned out van has since been towed away from the scene.

Police initially attended after hearing reports of a large disturbance and warned people to stay away, placing a cordon around the estate.

The officers in riot gear were reportedly chased away by youths with bricks but have since returned. 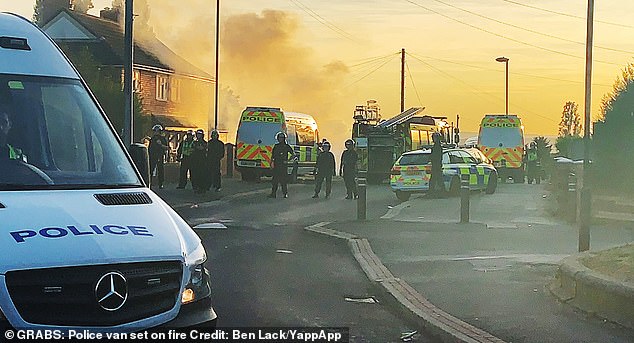 Police in riot gear stood in formation and were pelted by bricks, according to neighbours who came out to watch the violence 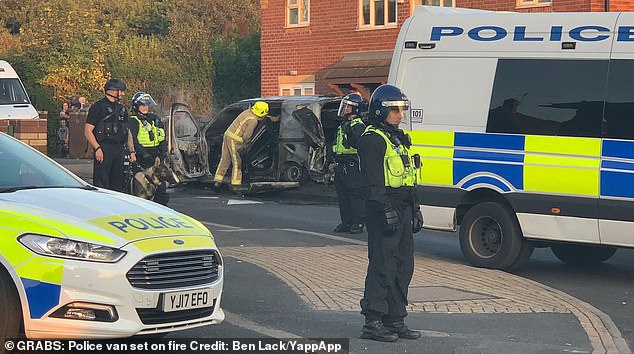 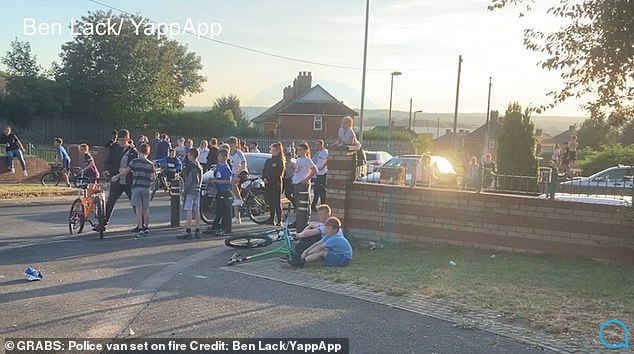 ‘No-one was injured and officers are at the scene to contain the situation which remains ongoing.’