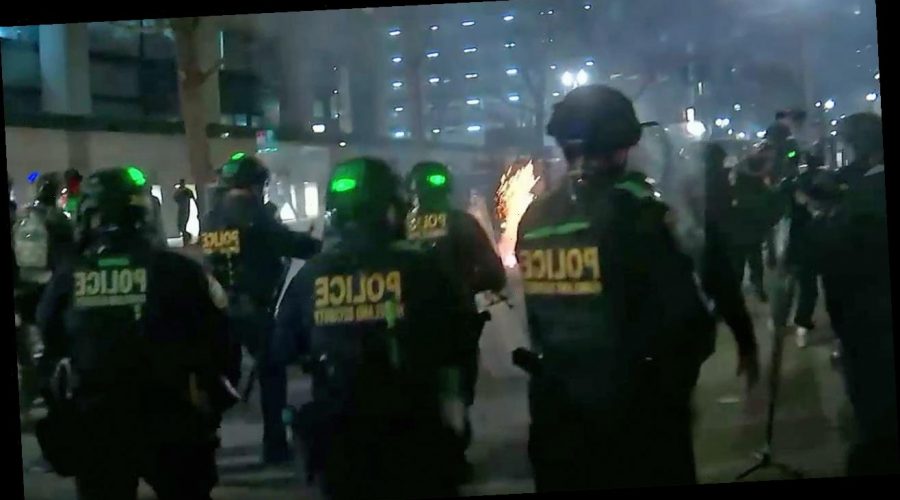 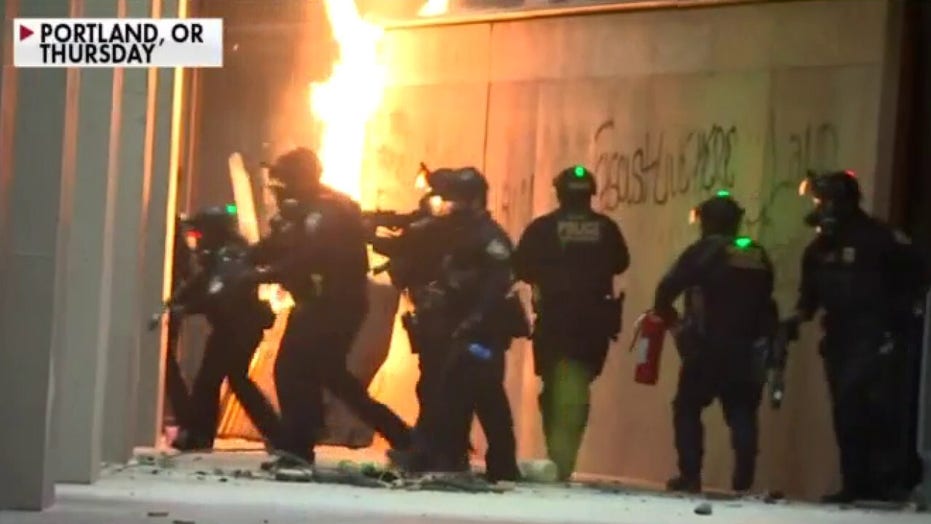 “You are not free to leave. You must stay where you are and comply with officers’ lawful orders,” an officer said over a loudspeaker to the detained protesters, according to video from a FOX 12 Oregon reporter. “If you attempt to leave you will be subject to arrest.”

“You are not free to leave. You must stay where you are and comply with officers’ lawful orders.”

The officer said the protesters were being held for the “investigation of a crime.” He said failure to comply could result in the use of tear gas or impact munitions.

The department noted on Twitter the detention was “temporary,” saying the protesters would eventually be released one at a time. “Please remain calm and wait for directions,” the tweet said. Credentialed media were allowed to exit.

Police surrounded the group around 9:30 p.m. PT, about 90 minutes after the group starting marching, KOIN-TV in Portland reported.

Friday marked the first time the city’s police, who have been dealing with almost nightly protests since last summer, have used the perimeter tactic, FOX 12 reported.

Some bystanders surrounding the detained protesters shouted “Let them go!” while others cried, “Lock them up!” KOIN reported.

Police began following the protesters after they started marching from nearby Jamison Square, notifying them via loudspeaker that the group was not permitted for the event once they started walking in the street and blocking traffic. Officers surrounded the group when they began to vandalize property.

The department in a tweet advised the protesters to “Prepare to be escorted out by officers” one by one around 10:30 p.m. PT.

Police started escorting the protesters out the “temporary detention” late Friday – warning them if they didn’t comply they could be arrested – and some of the protesters had their photos taken by police, according to a KOIN reporter. It wasn’t immediately clear why their photos were taken or how many arrests were made.