The pound slumped to its lowest level for more than two years last night as the Government stepped up preparations for a No Deal Brexit.

Boris Johnson yesterday insisted there remained a ‘very good chance we can get a deal’ if the EU agrees to abandon the Irish backstop. 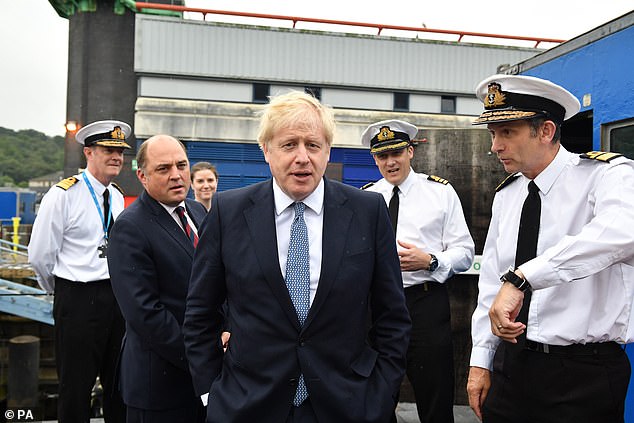 But Downing Street confirmed revelations in yesterday’s Daily Mail that the Prime Minister has no plans to hold face-to-face talks with EU leaders unless they meet his precondition to tear up Theresa May’s deal.

A No 10 spokesman said: ‘The PM has been clear that he wants to meet EU leaders and negotiate, but not to sit down and be told that the EU cannot possibly reopen the withdrawal agreement.’

Sources also confirmed that Mr Johnson has yet to speak to Irish Taoiseach Leo Varadkar, who is seen as critical to any hope of the EU backing down. 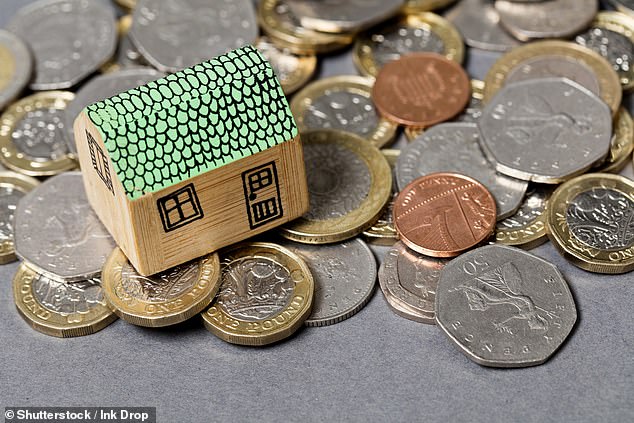 Analysts yesterday linked the fall in the pound directly to growing market concern about the possibility of No Deal. A stock image is used above [File photo] 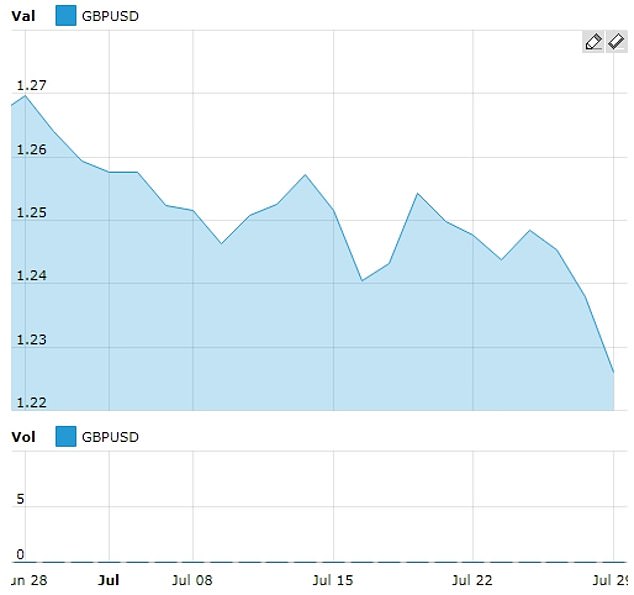 Sterling fell to $1.22 on international currency markets and to 1.10 euros, a drop of more than 1.3 per cent in a day. This graphic shows how the pound has fallen by more than 3% against the dollar over the past month

But Mr Johnson risked sowing confusion when he appeared to contradict Mr Gove’s assessment on No Deal.

Mr Gove said at the weekend the Government still hoped the EU might back down and cut a deal but had to ‘operate on the assumption they will not’.

Asked whether Mr Gove was right to say that the Government should work on the assumption it was heading for No Deal, Mr Johnson said: ‘No, absolutely not. My assumption is that we can get a deal, we are aiming for a deal.’

No 10 insisted Mr Johnson’s comments were ‘consistent with what Michael Gove has said’.

The Prime Minister also appeared to reiterate his assessment that the chances of a No Deal Brexit were ‘a million to one’ against.

Asked whether he stood by the prediction, he replied: ‘Provided there is sufficient goodwill and common sense on the part of our partners, that is exactly where I would put the odds.’

He added: ‘We are aiming for a new deal… and that is what I think we can achieve with goodwill on all sides.

‘But it has been the policy of the Government for a long time now to prepare for No Deal and that is what we are going to do with high hearts and growing confidence – we will prepare for a No Deal Brexit.

‘If our friends and partners in Brussels will not change the withdrawal agreement, if they will not accommodate the will of Parliament which has said three times now that they cannot accept the backstop, then obviously you would expect us to get ready and that is what we will do.’

Analysts yesterday linked the fall in the pound directly to growing market concern about the possibility of No Deal. 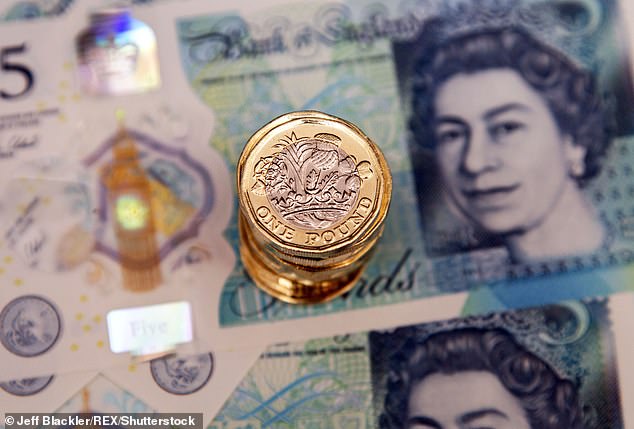 The pound slumped to its lowest level for more than two years last night as the Government stepped up preparations for a No Deal Brexit. A stock image is used above [File photo]

‘It honestly seems like Boris Johnson’s Government is actively chasing a No Deal Brexit, the newly anointed Prime Minister reportedly refusing to meet with EU leaders unless the not-up-for-discussion Irish backstop is scrapped.

‘Add on to this a weekend full of headlines about ramped-up No Deal planning, and the pound had the fear of God put in it.’

Foreign Secretary Dominic Raab suggested leaving the EU without a deal would strengthen the UK’s hand in future trade talks with Brussels.

He told BBC Radio 4’s Today programme the EU’s ‘stubborn’ behaviour would be to blame if the UK ended up leaving without a deal.

But he added: ‘The prospect of reverting and getting a good deal will be easier after we have left if that is the case. The reason being we do as an independent third country and less subject to effectively the demands of the EU as we are now.’

The new Brexit war cabinet, known as the Exit Strategy committee or XS, comprises six senior ministers and will meet twice a week.

A major advertising campaign, reportedly costing up to £100million, is also planned to raise public awareness of Brexit issues.

But ministers have abandoned proposals to send a leaflet to every home, fearing it would be a waste of money. Instead they will focus on newspaper, radio and TV adverts and campaigns on social media.