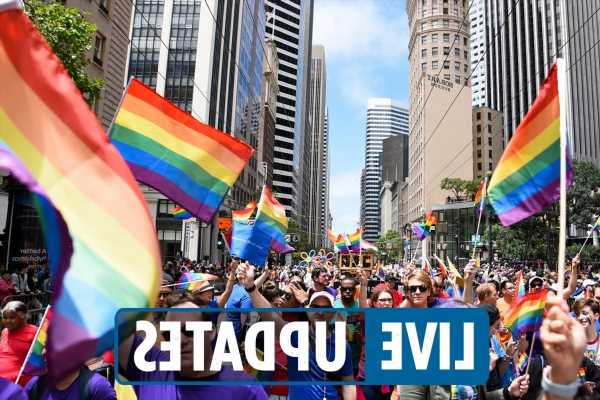 THE first day of June marks the beginning of Pride Month.

On the first day of Pride Month this year a boat caught fire in Moses Lake, Washington and exploded after the passengers allegedly harassed LGBTQ vacationers.

A video of the incident has since gone viral on social media as people proclaim “#KarmaIsReal.”

“These people harassed my family because we were flying gay pride flags in Moses Lake, Washington, by racing around us and shouting gay slurs,” said Twitter user @retro_ushi_. “Then, their boat literally blew up!”

Pride Month is celebrated every year worldwide in the month of June. The reason the month is celebrate in June is to commemorate the riots at the Stonewall Inn in New York City in 1969. The very first Pride march occurred in June 1970.

Celebrations during Pride Month include parades, workshops, parties and concerts. New York City's annual Pride March attracts millions of people every year. This year, the parade will take place on Sunday, June 27. However, due to the pandemic, the event will be in-person and virtual.

Due to the coronavirus pandemic, many Pride events were canceled. However, this year a number of cities are holding in-person and virtual events.

"While I am proud of the progress my Administration has made in advancing protections for the LGBTQ+ community, I will not rest until full equality for LGBTQ+ Americans is finally achieved and codified into law," Biden said in a statement.

"That is why I continue to call on the Congress to pass the Equality Act, which will ensure civil rights protections for LGBTQ+ people and families across our country," the statement continued.