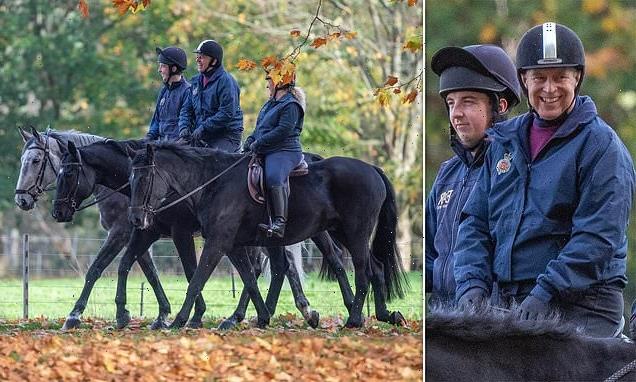 Disgraced Duke Prince Andrew beamed today as he yet again took to his horse for a ride around Windsor.

Andrew, 62, has been frequently spotted on horseback trotting through the greenery near the Royal residence.

Today was no exception and he flashed a broad smile as he chuckled to himself in his steed’s saddle.

The shamed prince showed little sign of any sadness – or perhaps knowledge – of poll this weekend that saw him voted the nation’s least favourite royal. 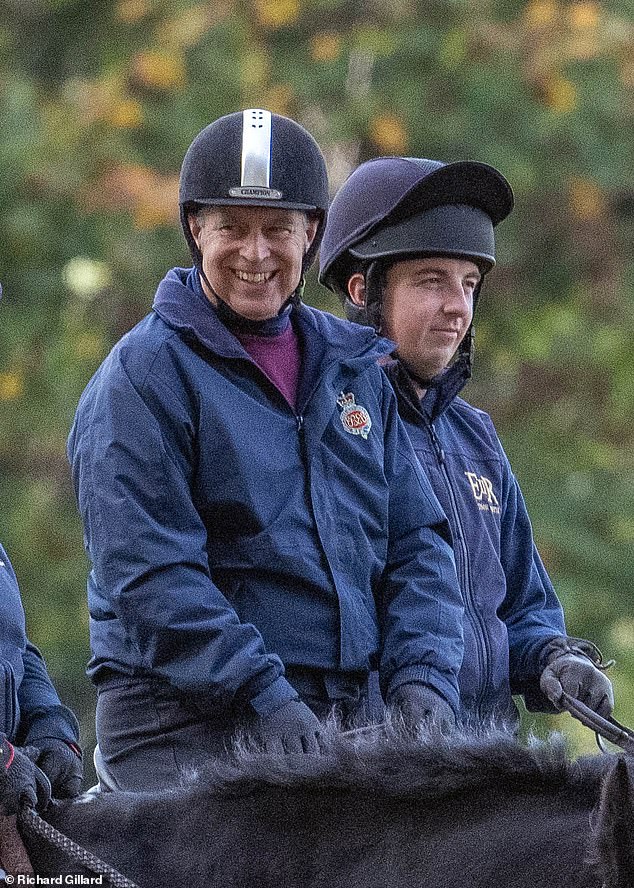 All smiles on his horse: Prince Andrew shows over a big grin on his regular riding trip out 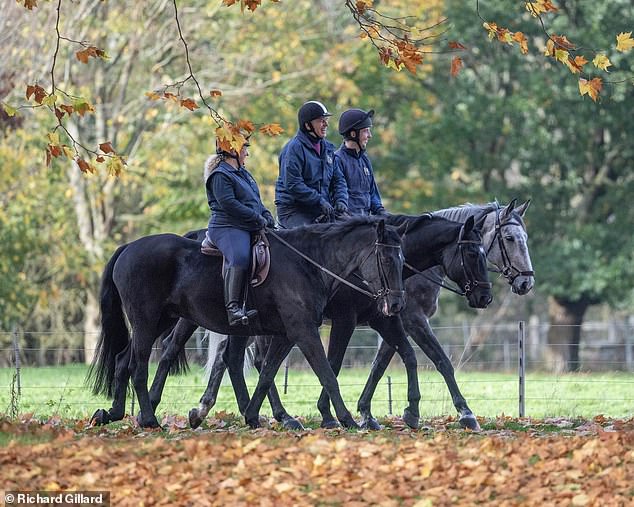 A total of 1,095 British adults to rate their opinion of senior members of the Royal Family.

Sixty-nine per cent in the Mail on Sunday poll said they found Prince William ‘favourable’, with his wife Kate second on 67 per cent. In third place was Anne, Princess Royal, with 64 per cent.

King Charles came fourth with a 54 per cent favourability rating. But this was an increase of 11 percentage points compared to the last time pollsters Ipsos conducted the survey in March.

Overall, 54 per cent of those surveyed said they rated the Royal Family favourably, with just 17 per cent saying they had an unfavourable opinion.

All of the major Royals saw a bounce in their approval scores. 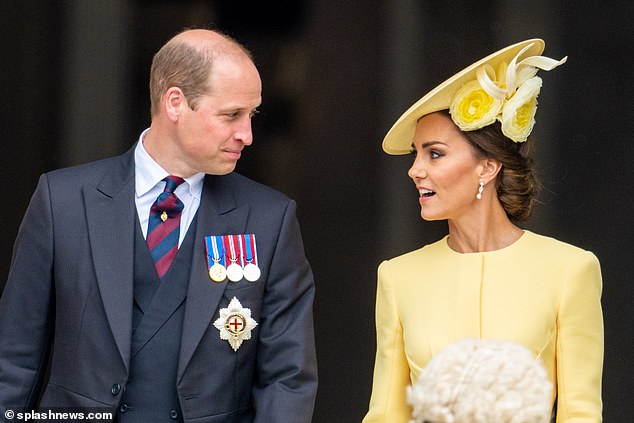 The Mail on Sunday can reveal that the Prince and Princess of Wales topped the survey which asked 1,095 British adults to rate their opinion of senior members of the Royal Family 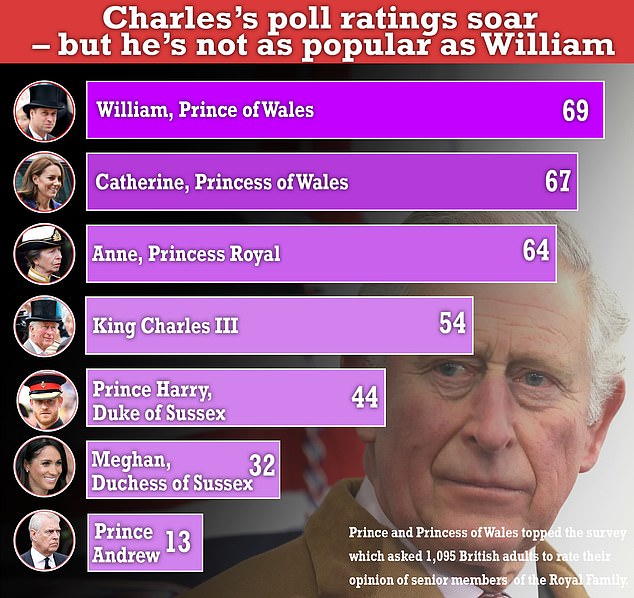 King Charles has seen his popularity soar since he ascended the throne – but his son Prince William is still the nation’s favourite Royal, according to a poll

A third of Britons still rated Prince Harry as ‘unfavourable’ and almost half (44 per cent) said the same for his wife Meghan.

The Duke and Duchess of Sussex have, however, grown in popularity – despite the public criticism of their ‘sniping’ at other Royals in high-profile interviews from their self-imposed exile in America.

Harry, who is to release a tell-all autobiography called Spare in January, saw an increase of 11 points since March, with 41 per cent of Britons now rating him as favourable. Meghan was rated favourably by 32 per cent, up eight points.

Still languishing in last place, with just 13 per cent, was Prince Andrew, who was removed from public life following his association with the convicted paedophile Jeffrey Epstein. 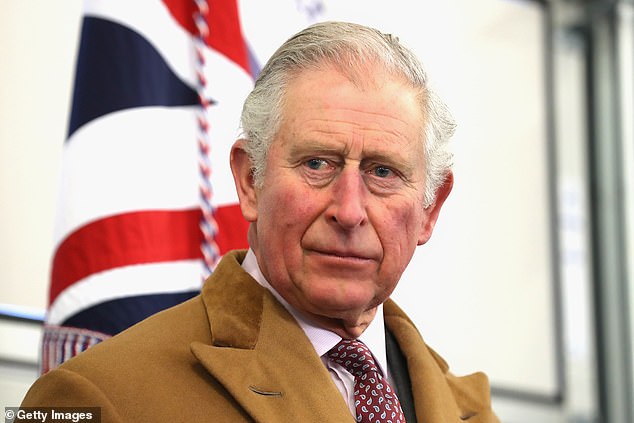 King Charles came fourth with a 54 per cent favourability rating. But this was an increase of 11 percentage points compared to the last time pollsters Ipsos conducted the survey in March

Last week it emerged that Charles planned to sideline Princes Harry and Andrew further, by making it harder for them to act as ‘counsellors of state’: stand-ins who carry out important constitutional duties if the monarch is unwell or overseas.

The Regency Act is expected to be amended to allow Prince Edward and the Princess Royal to take on the roles, putting them ahead of Andrew and Harry.

This proposal was reported to have been thrashed out some time ago, with the blessing of the late Queen Elizabeth II, and could come before Parliament within weeks.

Gideon Skinner, of Ipsos UK, said: ‘The reality of Charles becoming King, combined with public sympathy for the sad passing of Queen Elizabeth, has led to a boost in his public image.

‘The popularity of the new Prince and Princess of Wales should also give confidence to the monarchy for its future.

‘For the moment, the Royal Family and the new King are showing they can maintain public support in this new age.’