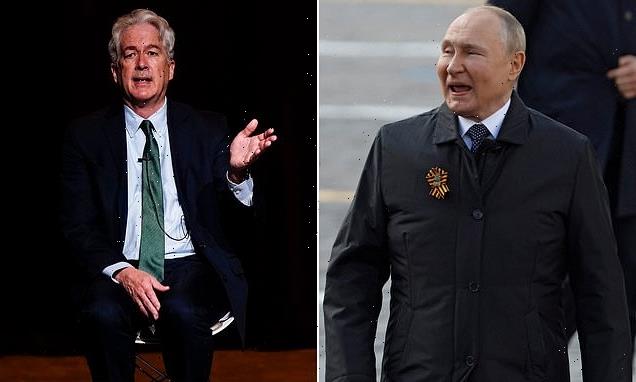 Putin ‘doesn’t believe he can afford to lose’ and is driven by ‘a combination of grievance, ambition and insecurity’, CIA director William Burns believes

The former ambassador to Russia and one of Biden’s most trusted international fixers also said the West ‘can’t take lightly’ Kremlin threats about nuclear warfare. 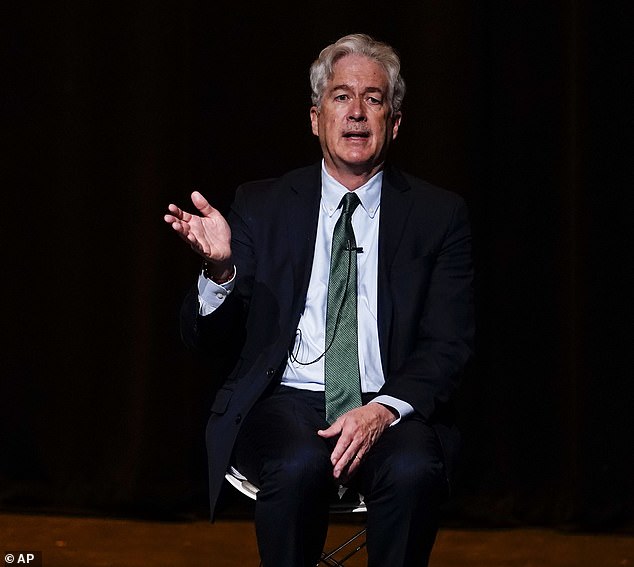 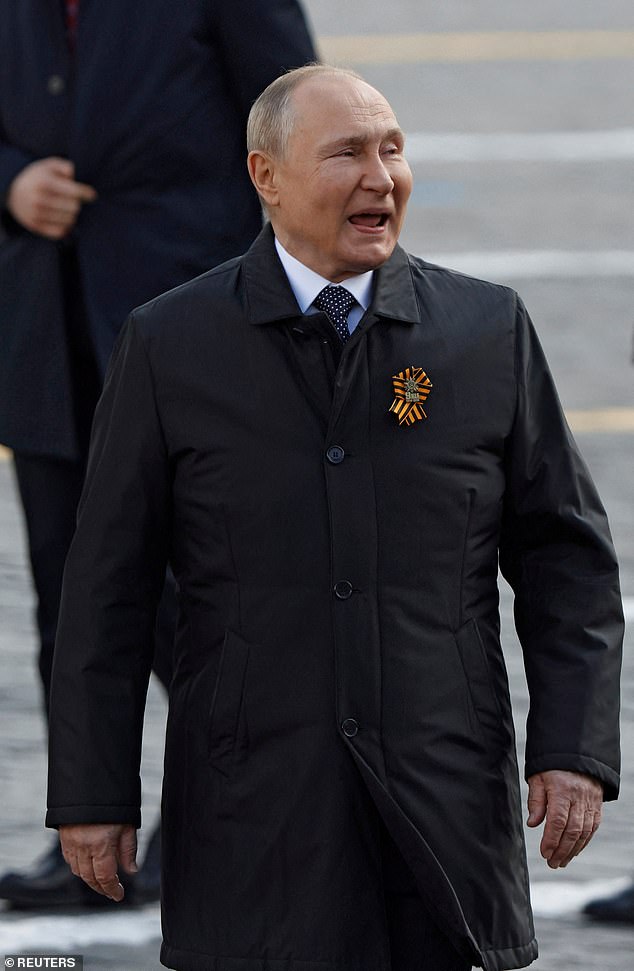 The intelligence chief said Putin’s narrowing inner circle and has grip on power have both tightened, making him more isolated and paranoid

He said: ‘I had dealt with and watched President Putin for many years and what I’ve seen, especially over the last decade, is him in a way stewing in a very combustible combination of grievance and ambition and insecurity [that] are all kind of wrapped together.’

The intelligence chief said Putin’s narrowing inner circle and has grip on power have both tightened, making him more isolated and paranoid.

Ukraine became his focus because he believes Russia cannot be a major power without a ‘deferential’ Ukraine, and he believed his military was sufficiently modernised and the economy strong enough to secure a quick victory and withstand sanctions, Burns said.

He added: ‘I don’t think this means Putin is deterred at this point because he staked so much on the choice that he made to launch this invasion that I think he’s convinced right now that doubling down still will enable him to make progress.’ 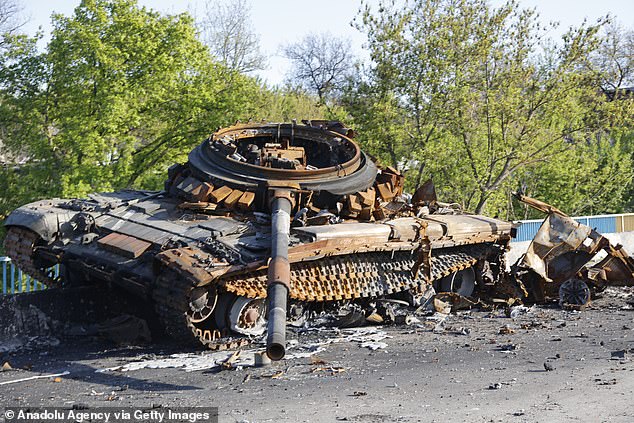 When asked about the nuclear threat, Burns said: ‘Given the kind of sabre-rattling we’ve heard from the Russian leadership, we can’t take lightly… those possibilities.’

Burns’ belief that Putin will double down and continue his savage invasion was backed up by the Russian’s comments today at the Victory Day parade in Moscow.

Seeking to re-frame his war in Ukraine as a war between Russia and the West, he declared NATO to be the aggressor and said he is trying to deescalate the situation with a ‘special military operation’ against a ‘neo-Nazi’ regime in Kyiv, declaring that launching the attack was ‘the only right decision’ he could have taken.

He also sought to twist the truth of what is happening on the ground in Ukraine, hailing a day of ‘great victory’ despite Russia’s battlefield defeats and telling his men they are fighting a just war despite plentiful evidence of war crimes in occupied territories. 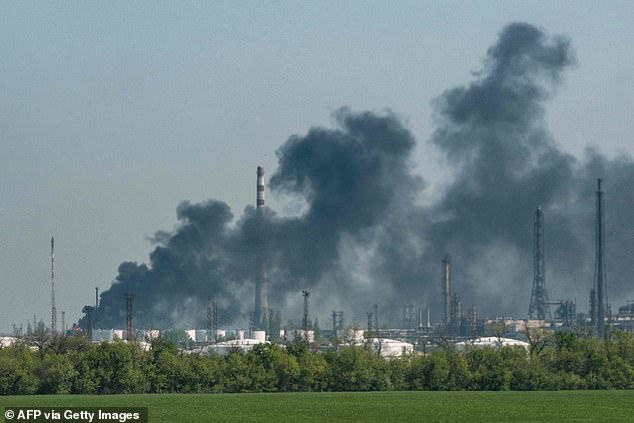 Smoke is seen today after shelling on an oil refinery near Lysychansk, eastern Ukraine, as Russia refocuses on the Donbas

‘Everything indicated that a clash with the neo-Nazis, the Banderites [Ukrainian Nazi sympathisers], backed by the United States and their junior partners, was inevitable,’ he said.

‘We saw military infrastructure being ramped up, hundreds of military advisers working and regular deliveries of modern weapons from NATO. (The level of) danger was increasing every day. Russia preventively rebuffed the aggressor. It was necessary, timely and … right. The decision of a sovereign, strong, independent country.’

Russian troops in Donbas are fighting on ‘their land’, he claimed, peddling his warped world view in which Ukraine is not a real country and Ukrainians are simply Russians waiting to be reintegrated into the motherland.

But he stopped short of what many had feared: An official declaration of war on Kyiv which would have allowed him to mobilise Russia’s military reserves and conscript civilians in order to escalate fighting across the border.

Shortly after the outbreak of the war, the CIA boss said Putin had planned to take Kyiv within two days of launching his invasion.

Giving evidence before Congress, he said Putin was angry and frustrated.

‘You know, this is a matter of deep personal conviction for him,’ he said. ‘He’s been stewing in a combustible combination of grievance and ambition for many years.’

‘Instead of seizing Kyiv within the first two days of the campaign, which was what his plan was premised upon, after nearly two weeks they still have not been able to fully encircle the city,’ said Burns.

Later, Russia abandoned its plans to seize the capital and is instead refocusing its war efforts on the Donbas.

Putin had made four key miscalculations when it came to planning his swift victory over Ukraine, Burns said in early March.

The Russian leader thought Ukraine was easily intimidated and that Europe, particularly France and Germany, was distracted by internal politics and was ‘risk averse.’

Third, he believed he had ‘sanction-proofed’ his economy and fourth that he had overhauled his armed forces so that they were capable of a quick, decisive victory.

‘He has been proven wrong on every count,’ said Burns. ‘Those assumptions have proven to be profoundly flawed over the last 12 days of conflict.’