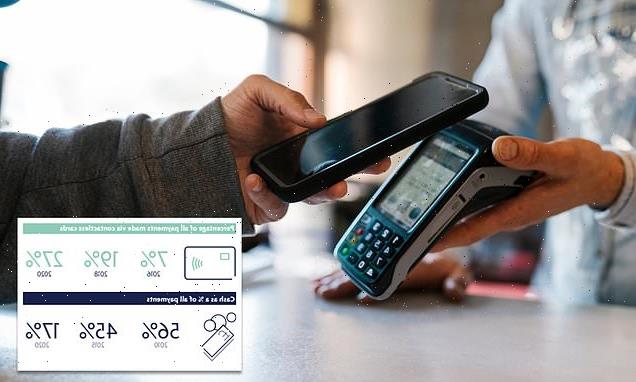 The end of cash? Payments using coins and notes plunged by 35 per cent last year while more than one in four transactions were contactless

More than one in every four payments in Britain last year were contactless as cash use plunged – with the total number of transactions also falling for the first time in six years, it was revealed today.

With fewer opportunities to spend during Covid-19 lockdowns and large parts of the economy shut, coins and banknotes were used for 17 per cent of all UK payments last year, while 27 per cent of payments were contactless.

According to the figures from trade association UK Finance, payments declined overall by 11 per cent compared with 2019 to reach 35.6billion. Cash payments plunged by 35 per cent to 6.1billion.

Cash was still the second most frequently used payment method, behind debit cards, UK Finance said. There were 15.8billion debit card payments last year. In 2020, 13.7million people used cash only once a month or not at all.

This nearly doubled from 7.4 million consumers the previous year. On the other hand, 1.2 million consumers mainly used cash for their day-to-day spending during 2020. Contactless payments accounted for 9.6 billion transactions. 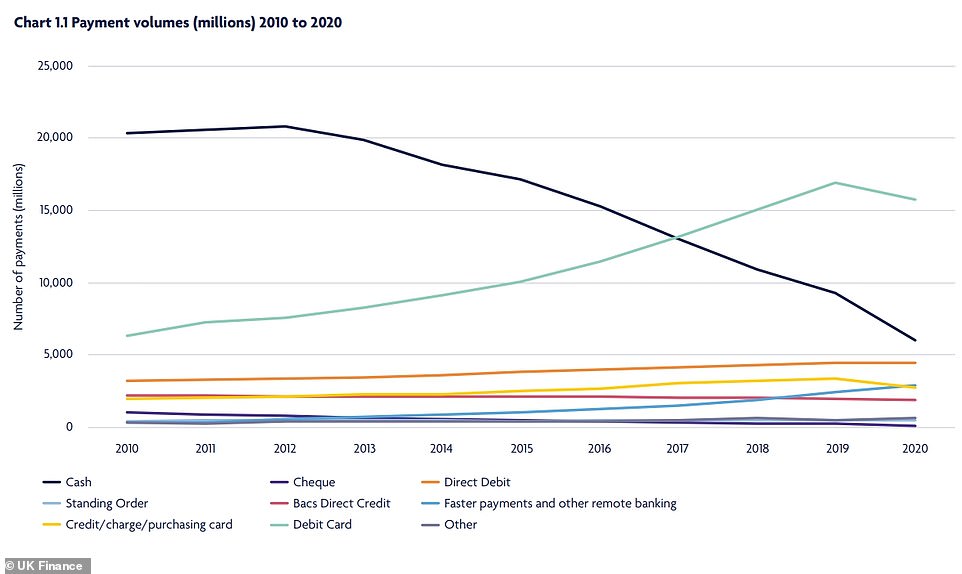 In 2020 cash payments continued their long-term decline, with the pandemic seeing it fall by 35% compared to the previous year. Since 2017 cash use had been declining by around 15% each year, so 2020 represented an acceleration of this fall 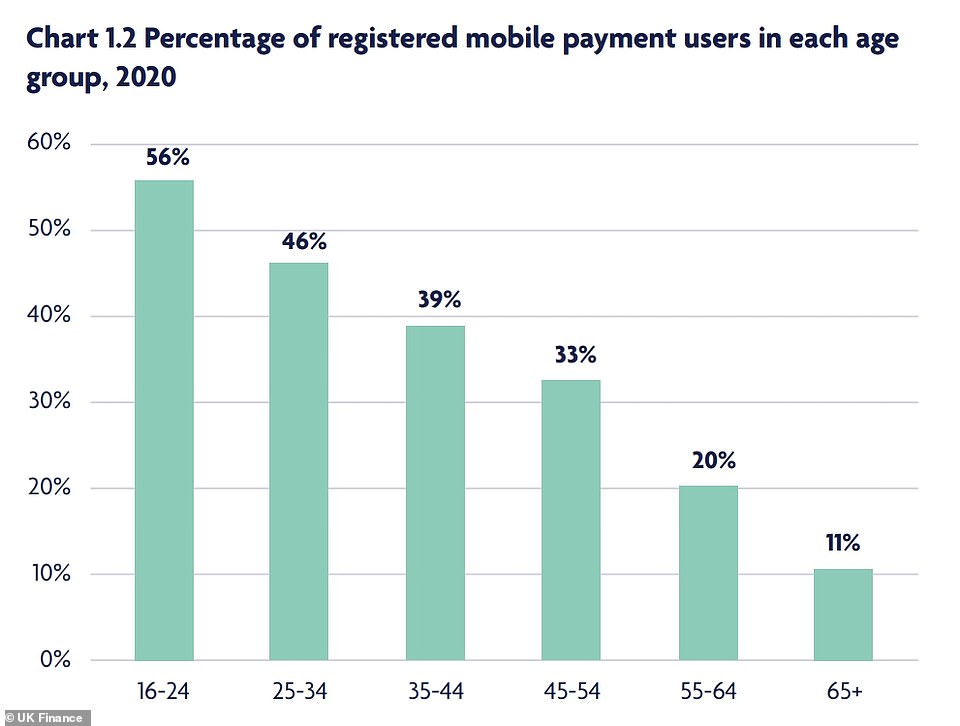 There are now 135 million contactless cards in circulation, covering 88 per cent of debit cards and 81 per cent of credit cards.

Supermarkets were the most popular place to use contactless in 2020, accounting for 41 per cent of such payments. This reflects supermarkets remaining open during lockdowns, UK Finance said. 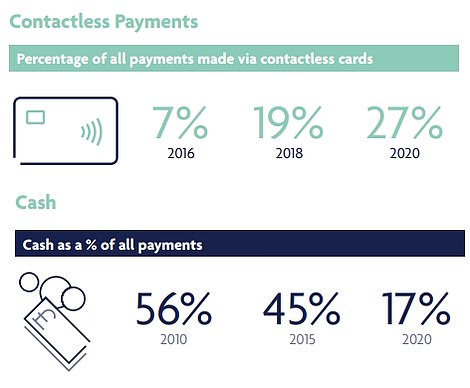 Growing contactless use was also caused by consumers being encouraged to reduce contact by using cards, and contactless payments in particular, during lockdown.

This is despite Bank of England research suggesting the risk of getting coronavirus from banknotes is low.

Within the 35.6billion payments total, the number of payments made by consumers fell by 13%, to 30.7 billion. 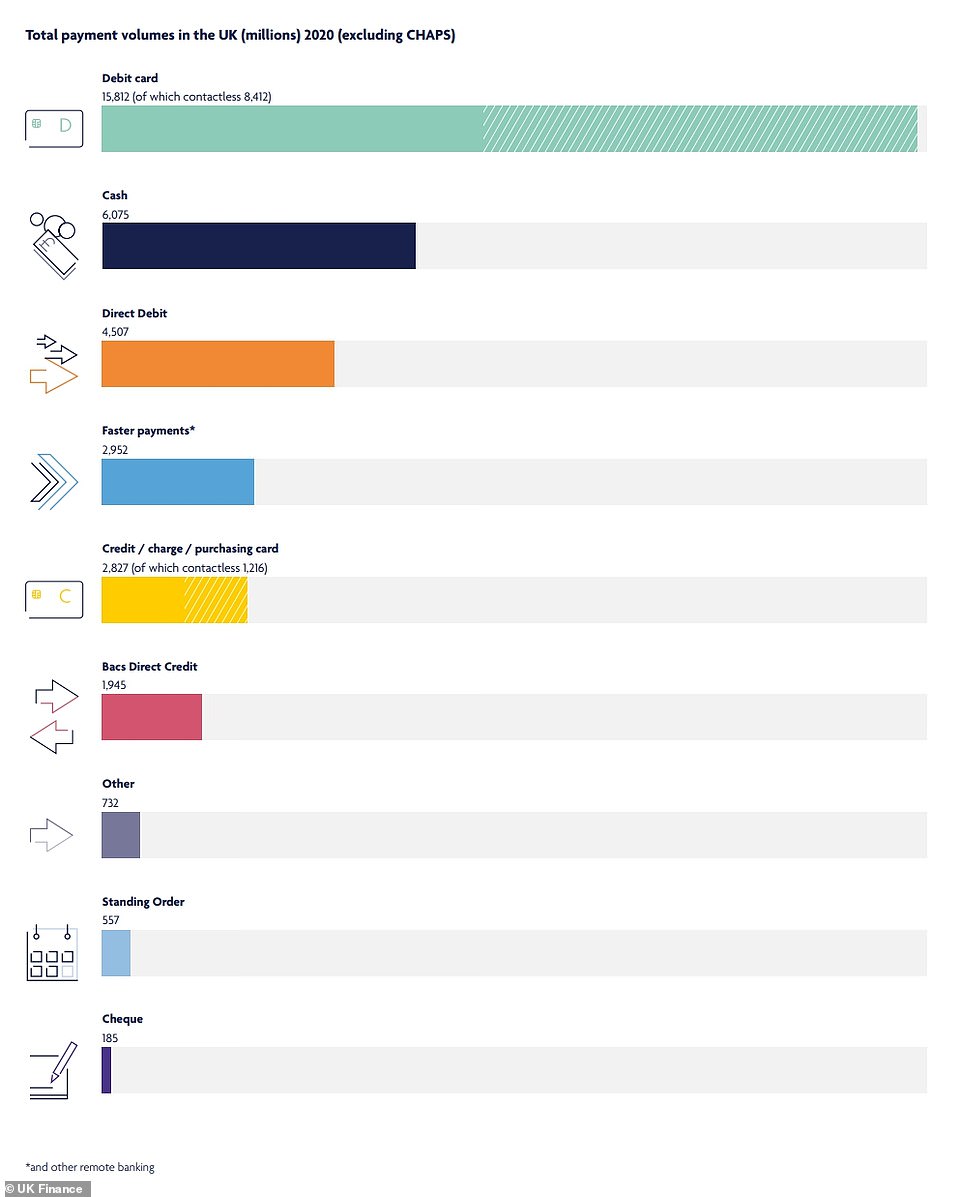 Nearly a third (32 per cent) of the adult population, or 17.3 million people, were registered to use mobile payments by the end of 2020, an increase of 7.4 million people compared with 2019.

Whereas contactless payments are widely used across different age groups, in 2020 just over 50 per cent of 16 to 34-year-olds were registered for mobile payments compared with 11 per cent of over-65s, UK Finance said.

And with more people working from home there was also a notable increase in remote banking, as well over two-thirds (72 per cent) of adults used online banking and over half (54 per cent) used mobile banking.

There was also an increase in business use, and in 2020 54 per cent of all business-to-business payments were made via Faster Payments or other remote banking, UK Finance said.

The UK Government has said it will legislate to protect future access to cash and various industry initiatives have been taking place to help maintain cash access.

David Postings, chief executive of UK Finance said: ‘The pandemic resulted in some marked changes in payments behaviour and while it’s too early to say whether they are permanent changes, we did see an acceleration in some existing trends such as the reduction in cash usage and the growth in contactless and mobile payments.

‘The increase in the contactless limit to £45 coupled with retailers encouraging its use meant that more than a quarter of all payments in 2020 were made via contactless.

‘The use of cash fell, reflecting the fact that large parts of the economy were closed during the year, although it still remained the second most popular payment method behind debit cards. 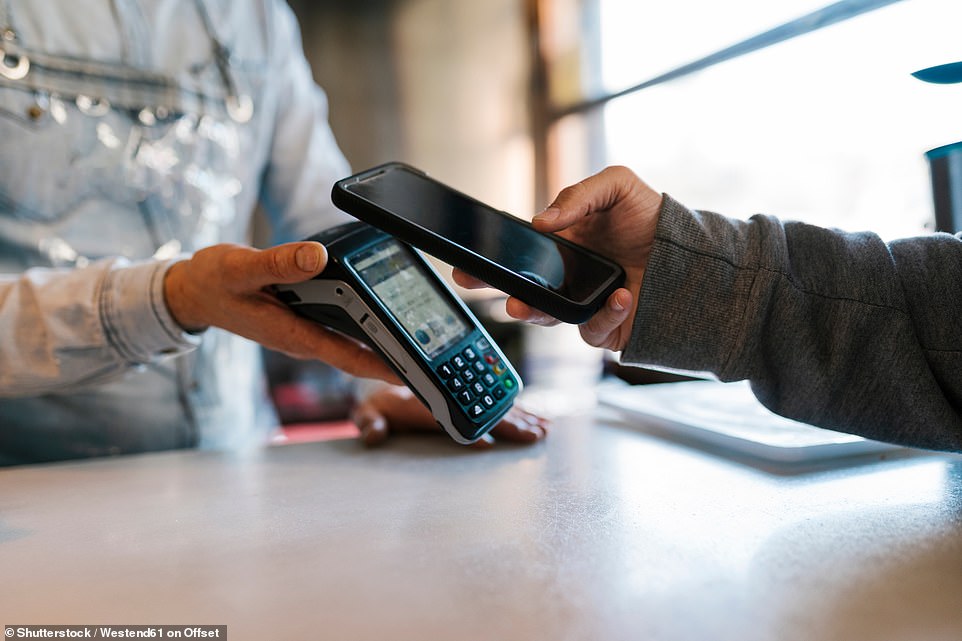 ‘There remains real diversity in the way in which people choose to conduct their day-to-day spending and the banking and finance industry is committed to helping customers make payments in a variety of different ways.’

Gareth Shaw, head of Which? Money, said: ‘While the past year has accelerated the shift to digital payments, those who still depend on cash to pay for everyday essentials must not be forgotten.

‘Cash also remains an important fallback option for when digital payments fail, while some consumers may simply not be ready or able to take advantage of these payment methods.

‘UK Finance’s Access to Cash Action Group that was formed last month needs to quickly set out what it intends to do to back up its commitment to safeguarding cash, while the government must make progress on its long-promised legislation to protect cash and ensure it remains a viable payment option for as long as it is needed.’