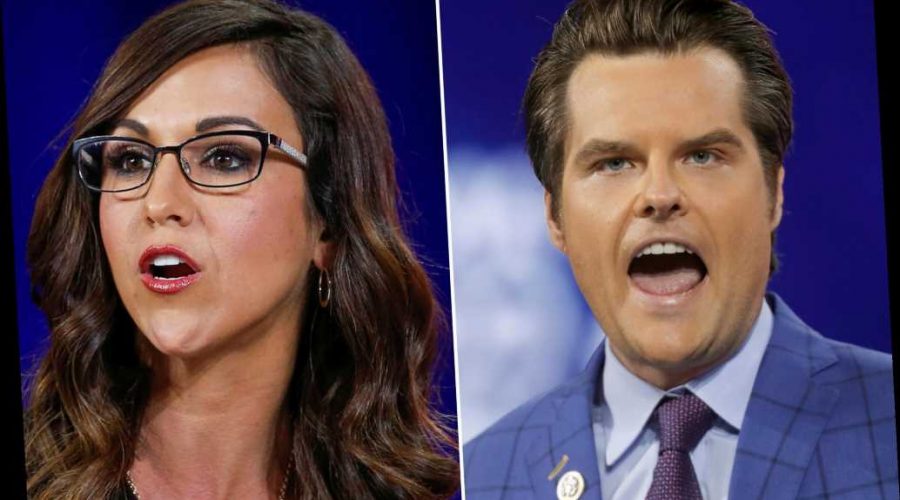 GOP Reps. Gaetz and Jordan are totally onboard with ‘Free Britney’ Spears push

Florida Rep. Matt Gaetz defended his fellow congressional Republican Lauren Boebert of Colorado — whom he called a “spark plug” as he assailed the treatment of conservative women, according to a report.

“Republican women in Congress get it way worse than the men because of the identity politics and they [Democrats] assume that if you’re a mom in regular America, you ought to be with them,” Gaetz said in an interview with Real America’s Voice, Fox News reported.

“So when they see someone [Boebert] who is a firebrand, who is a spark plug, who is a jolt of energy that we need in the Republican caucus, they come after her specifically,” he added.

The lawmaker slammed House Speaker Nancy Pelosi’s order in January to install magnetometers at each entrance to the House chamber after the Capitol riot.

Pelosi (D-Calif.) said lawmakers were concerned about colleagues “being a danger” to one another, adding that “the enemy is within the House of Representatives.”

Gaetz said the metal detectors were placed on the premises due to Boebert’s views after she challenged an attempt to block members from having firearms in the Capitol.

Boebert once set off a metal detector in the US Capitol — and refused to let cops look through her purse.

During comments at this year’s CPAC, Boebert slammed the rules, dubbing the Capitol “Fort Pelosi.”

“I wouldn’t be surprised if we start quartering soldiers in the committee hearing rooms,” Boebert said during a gun-rights panel at the annual GOP confab.

“There’s plenty in the parking garages at Fort Pelosi. Maybe we can start unreasonably seizing and searching members of Congress. Oh, wait, we’re already doing that in House chambers,” she added.