Was this the WORST investigation of all time? A judges uncensored report reveals ‘institutionally stupid’ errors by Scotland Yard’s VIP sex abuse inquiry 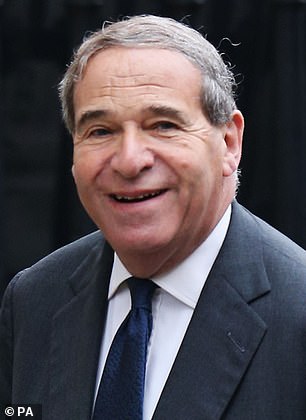 There are also references to how officers apparently felt under pressure from Labour deputy leader Tom Watson, who had met fantasist Carl Beech, aka Nick, and backed his account. Sir Richard also accused officers of indulging Beech, later exposed as a paedophile who lusted after young boys.

Operation Midland, which destroyed the lives and reputations of a series of distinguished people, including former Armed Forces chief Field Marshal Lord Bramall, was launched after detectives interviewed Beech in the autumn of 2014.

Barrister Geoffrey Robertson QC, acting for one of Beech’s victims, former Tory MP Harvey Proctor, said there was never a shred of evidence. He added: ‘Operation Midland was conducted incompetently, negligently and almost with institutional stupidity.’ 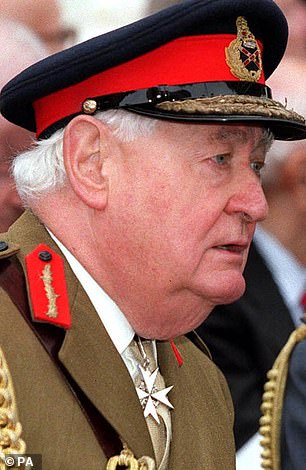 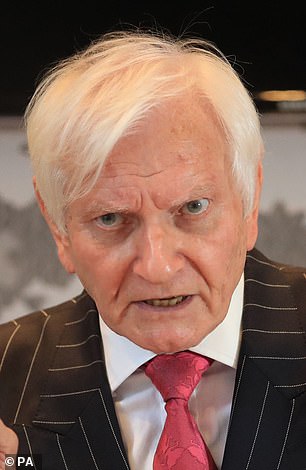 The real victims: Lord Brasmall (pictured left) and Tory MP Harvey Proctor were falsely accused by Carl Beech in an operation which cost the Met £2.5m

BEECH’S CLAIMS WERE ‘A BIT SPOOKS’

In the wake of the Jimmy Savile scandal, Beech contacted the Metropolitan Police in late 2012, alleging that he had been the victim of historic child sex abuse by a gang including his late stepfather Major Ray Beech and Savile. The case was referred to Wiltshire Police.

Crucially Beech did not name any VIPs as being among his tormentors who, he said, were about 20 in number.

He did not allege any physical injuries and made no mention of witnessing any murders. But he did say he was picked up from school by men in a car.

Beech’s mother, a vicar, was later interviewed by Wiltshire and told detectives that she had no idea her son was sexually abused, and never suspected it. 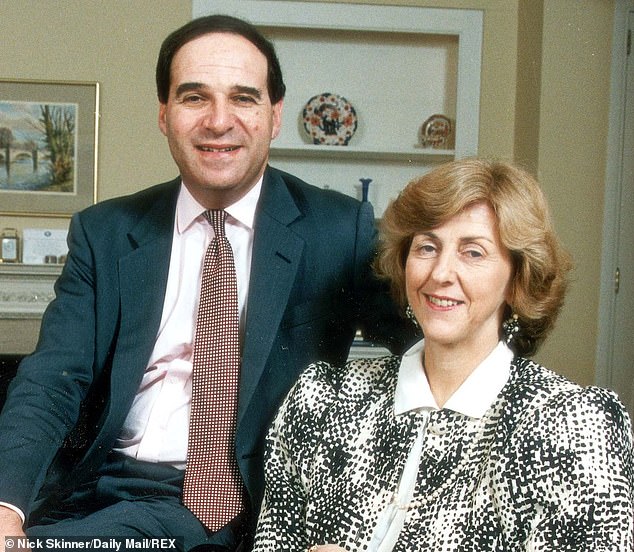 Wiltshire closed the case in May 2013, describing Beech’s allegations as ‘a little bit odd’ and ‘it all sounds a bit Spooks’.

‘NICK’ RETURNS TO SPARK AN OPERATION

By the following year, Beech had not only submitted a claim for criminal injuries compensation (he received £22,000) but had also started blogging about his supposed child sex abuse.

This caught the eye of now disgraced investigations website, Exaro, which published his fanciful claims which in turn attracted the attention of Scotland Yard.

Sir Richard says there were major inconsistencies between Beech’s interviews with the Met in 2014, when he started naming VIPs, and his previous one with Wiltshire when only his stepfather and Savile were identified.

He says: ‘It is unfortunate no attempt was made to question Nick on the numerous inconsistencies between his Wiltshire interviews, his blogs and his MPS (Met Police) interviews, until October 2015, allowing Nick to delay any such questioning until January 11, 2016.’

On December 18, 2014, DAC Steve Rodhouse decided to stage a now notorious Scotland Yard press conference to appeal for witnesses to come forward. Also at the event was Det Supt Kenny McDonald, who said he believed Nick, as he was known then, to be ‘credible and true’.

Sir Richard states: ‘I find it an error for two very senior officers who have never met a witness and, in the DAC’s case, not himself read either Nick’s interview or blogs, to announce to the Press and public that they believe the witness.

‘The two officers that had spent most time with Nick, namely his interviewing officers, had also not read Nick’s Wiltshire interviews or his blogs.

‘In the context of this case, I consider this to be a serious failure. A careful analysis of all the interviews and blogs would have demonstrated that Nick was neither consistent not credible.

‘The decision to state that “we believe Nick” was an error. The use of the words “credible and true” and the accompanying text was inappropriate, prejudicial to any suspect and misleading to the public.’ 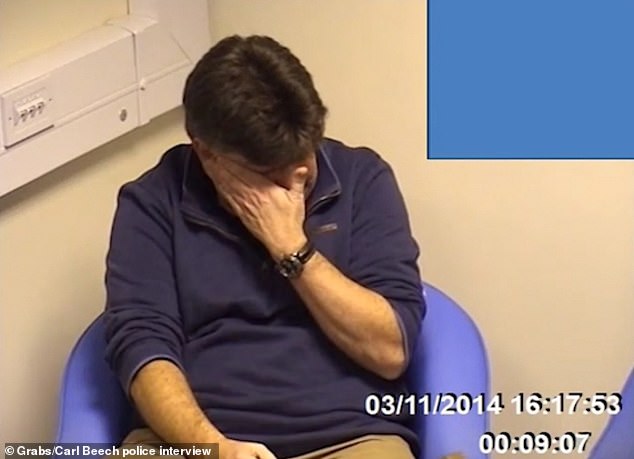 Beech wiping a wear a tear as he tells police how he saw his friend ‘Scott’ run over and killed by the supposed paedophile ring. Scott never existed

The words ‘credible and true’ remained in the public domain uncorrected until September 2015. Sir Richard said the error should have been corrected far sooner.

Sir Richard stated: ‘I have been assured by the senior investigating officer that before this investigation commenced, or very shortly thereafter, she had read Nick’s Wiltshire interviews, Nick’s blogs, Nick’s MPS interviews and Nick’s mother’s statement to the Wiltshire Police.

‘With very great respect, I am unable to understand how it is possible to positively believe Nick having read this material.

‘The interviews of Nick prior to January 11, 2016, were unusually indulgent of Nick, partly by reason of his interviewer being unaware of earlier inconsistent statements and no doubt in an endeavour to avoid Nick disengaging from the process. The final interview, which was less indulgent, exposed much of Nick’s implausibility.’

DISGRACE OF THE SEARCH WARRANTS

In February 2015, a decision was made to apply for search warrants. Sir Richard said: ‘The warrants to search the premises of Lord Bramall, Lady Brittan and Mr Proctor were, in my judgment, obtained unlawfully. 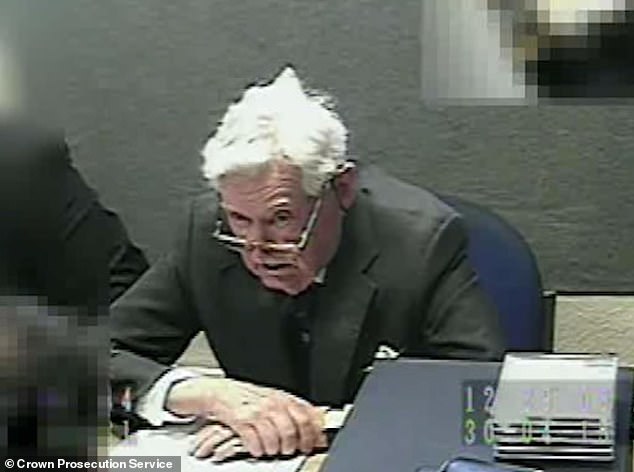 In the video of his police interview, played for the jury in Newcastle, Lord Bramall says: ‘Please report to your superiors and say there is no evidence, there is no case to answer. Make it clear I am no longer a suspect’

‘The written applications stated that Nick’s account had remained consistent and he is felt to be a credible witness. Nick’s account had not been consistent throughout. The magistrate was misled. He was not told of the Wiltshire interviews or Nick’s blogs.’ In a devastating rebuke, Sir Richard said: ‘All these undermining factors should have been brought to the attention of the district judge. None of them were.’

Beech led the inquiry a merry dance over this for two years. He introduced ‘Fred’ before Operation Midland was formally launched.

Detectives officially applied for help in tracing the creator of a Swiss email address from which Fred was purportedly contacting Beech. One electronic communication from him had clearly been cut and pasted to fool the inquiry team and as early as October 2014 there were doubts about his existence.

At Beech’s trial for perverting the course of justice earlier this year, it emerged that he had set up a fake, encrypted email account for Fred.

WHY DIDN’T THEY CHECK HIS COMPUTER?

Police failed to examine Nick’s computers early in the investigation – because they thought he would feel threatened. In minutes from September 2015, DCI Diane Tudway felt this ‘will cause Nick to disengage and does not want to do this too early as it may damage our relationship’.

Sir Richard compared the treatment of Nick with those he had falsely accused: ‘If Nick was genuine and truthful he would surely have no objection to this computer being examined. An objectionable and inappropriate imbalance has prevailed.

‘Every piece of paper in the homes of the suspects has been perused and several computers seized whilst no request has been made to examine Nick’s computer, his phone or his journals.’

FARCE OF SEARCHES – 35 YEARS ON

In November 2015, Met officers carried out hundreds of house-to-house inquiries in central London to try to identify information on suspicious sexual activity that took place at the location around the time of Nick’s allegations in the 1970s and 1980s.

Sir Richard said: ‘These steps appear to be bordering on the hysterical and disproportionate having regard to the state of Nick’s credibility.’

Carl Beech’s lies: He concocted extreme claims that unravelled as the case unfolded

His claim: Ex-Tory MP Harvey Proctor tried to castrate me with a pen knife and made me keep the blade

The truth: The knife belonged to his grandmother and he kept it in a ‘happy memories’ box

His claim: VIP paedophiles abused me in the Dolphin Square pool

The truth: He had never been to Dolphin Square and used a Culture Club video to make a totally incorrect sketch of the pool

His claim: Paedophiles exploited my fear of water

The truth: He has no fear of water and photos show him swimming throughout his life

His claim: I have to live with a litany of injuries

The truth: His body has no evidence of injuries

His claim: My fellow victim Fred will corroborate my story

The truth: ‘Fred’s’ email account was created by Beech

His claim: I was abused by Labour MP at the Carlton Club

The truth: Only Conservtive MPs can attend the Carlton Club

His claim:  I haven’t googled my abusers

The truth: He had