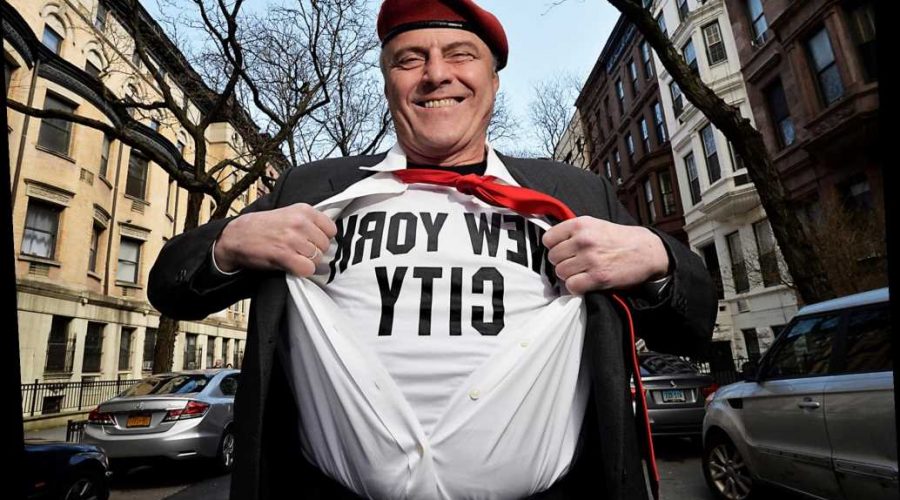 Guardian Angels founder Curtis Sliwa will officially launch his long-anticipated bid for the Republican nomination for mayor on Monday morning, his campaign said.

Sliwa plans to use the appearance outside Penn Station on Monday to call on all other mayoral candidates to sign onto a letter demanding Gov. Andrew Cuomo’s immediate resignation.

Sliwa, who registered as a mayoral candidate on Feb. 17, plans to run on a slogan of “Save our City,” the campaign said.

His platform will include the reversal of budget cuts enacted against the NYPD in the aftermath of anti-cop protests last year.

Other campaign priorities include “cleaning up the subway, and bringing businesses and tourism back to New York,” a release said.

Sliwa launched the crime-fighting Guardian Angels group 40 years ago to patrol the subways and the streets in the days when Gotham was overrun by crime.

He told The Post last year that he worries those dark days are rearing back.

“It took us a long time to crawl out of the belly of the beast of the 1970s through 1990s. Bill de Blasio and the Democrats are bringing us back in,” he said at the time.

The longtime New York City fixture and WABC talk-radio host has the backing of the Staten Island Republican Party, but won’t face an easy primary: The Queens, Bronx and Manhattan GOP committees have all endorsed opponent Fernando Mateo, an advocate for taxis and bodegas.

Financier Sara Tirschwell is also competing for the GOP nod.