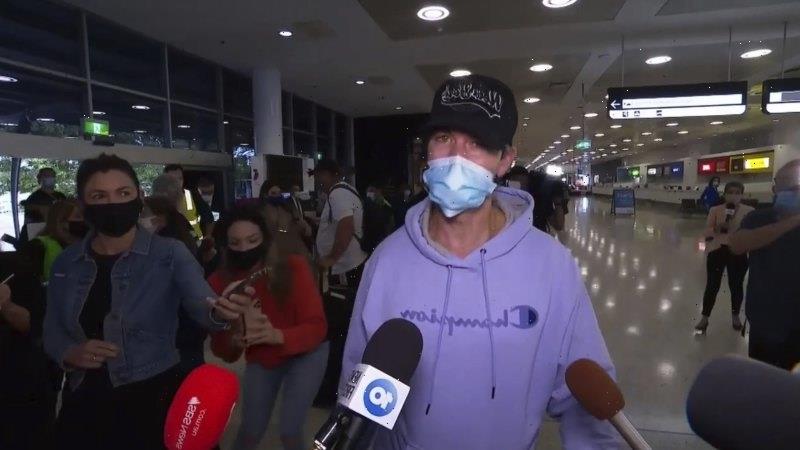 West Australians overseas are able to return to their country without quarantining if they come through Victoria or New South Wales but face a longer wait to re-enter their home state if they cannot get an exemption.

Both eastern states are allowing travel with no quarantine requirement for fully COVID-19 vaccinated passengers as of Monday, but the jurisdictions are still considered ‘extreme risk’ by the McGowan Government which means few exemptions are approved for people to then travel onwards to WA.

But in a bright spot for West Australians stuck abroad, more returned travellers will soon be allowed back on international flights through Perth each week once the state reaches the milestone of having 70 per cent of the population fully vaccinated.

WA man Ethan Carter was not able to come directly into Perth, however, after he arrived in Sydney from Los Angeles, following two years abroad, on one of the first international flights which required no quarantining and is facing an uncertain wait to find out if he can travel west to see his ailing mother. 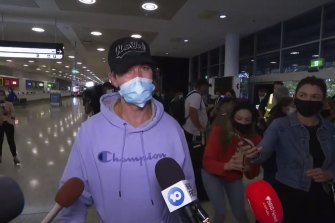 West Australian man Ethan Carter is stuck in New South Wales because of interstate borders after arriving in Sydney from Los Angeles.Credit:9 News

“I’m really scared and emotional because I want to see my mum … because the doctor said she hasn’t got long,” he said.

“She’s been in permanent care for a few years and it’s been so long since I’ve seen her and I love her heaps and I just want to get back there.”

Mr Carter made a plea to Premier Mark McGowan to allow him to come into WA.

“Think of the people that are suffering mentally to see their family. That’s also a health issue,” he said.

“We know we’ve got to protect people’s lives but you’ve got to bring families together again, you have to.

“We respect you’re trying to be safe but everyone needs to be together.”

WA Vaccine Commander Chris Dawson said he was aware of Mr Carter’s situation and police would assess his G2G application if he made one.

“But for people wanting to come into WA, both NSW and Victoria are still rated by our Chief Health Officer as extreme risks,” he said.

“So people who do arrive have to complete 14 days in that state or territory before they can apply to come to WA.”

Mr McGowan said the situation was “very sad” and there had been plenty of similar cases over the past two years. 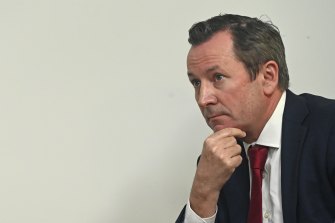 “The police and the Chief Health Officer will analyse his case if he makes an application so a decision can be made,” he said.

“It is rare that people are able to come in, but sometimes they are based on their individual circumstances.”

Mr McGowan said he still wanted to get to high levels of vaccination before potentially letting COVID-19 into WA by reopening interstate borders.

“Were we to allow COVID to come in before we got to those very high levels of vaccination, that would necessitate things like lockdowns, mask wearing, business closures, a whole range of restrictions on restaurants, bars, and cafes, workplaces,” he said.

“Perhaps borders put in place between regions and the city.

“Once we get to that very high level of vaccination then we can move towards opening borders in a controlled way that means we can have a very soft landing out of COVID.”

The Premier said places like NSW and Victoria would rather be in the same position as WA compared to what they were facing.

“They’ve had COVID rife for months on end, they’ve had mass shutdowns of the community … they’ve had scores and scores of people die, hospitals overrun with COVID cases, that’s why we’re cautious,” Mr McGowan said.

“We want to get to the other side of this in a safe a way as we can with as little health and economic disruption as possible and come out of it with WA highly vaccinated and in a very good condition.

“We can’t have a situation whereby people … leave WA, go to NSW, fly overseas, have a holiday overseas, come back into NSW and then demand to come home when they’re a risk to the community.”

Mr McGowan revealed on Monday that WA’s hotel quarantine limit on returning travellers would double once the state reached 70 per cent two-dose vaccination rates for the population.

The milestone, likely to be reached this month, would mean 530 people would be able to quarantine each week compared to the current figure of 265.

There are no cases of COVID-19 in WA and about 80 per cent of people aged over 12 in the state have had their first vaccine dose. More than 60 per cent of eligible West Australians are fully vaccinated.

There have been more than 300 COVID-19 related deaths in Victoria since September as the state deals with a large number of hospitalisations and admissions to intensive care units.

Mr McGowan announced on Monday a ‘super vax weekend’ where walk-in jabs would be available at pop-up clinics around the state.

“There will be Bunnings stores across the state including Rockingham Harrisdale, Mindarie, Balcatta, Cannington, Ellenbrook, Geraldton, and Busselton will be available for vaccination,” he said.

The state government announced on the weekend that travellers from any Australian jurisdiction rated as a low risk or higher would need to be fully vaccinated to enter WA from November 5.