HORRIFIC video shows the moment a raging driver smashes a man into a lamppost just moments after he barely missed hitting a woman too.

The shocking clip shows the woman bashing the car's windscreen with her shoe at the start of the dangerous incident — believed to have taken place on Saturday in Newcastle city centre. 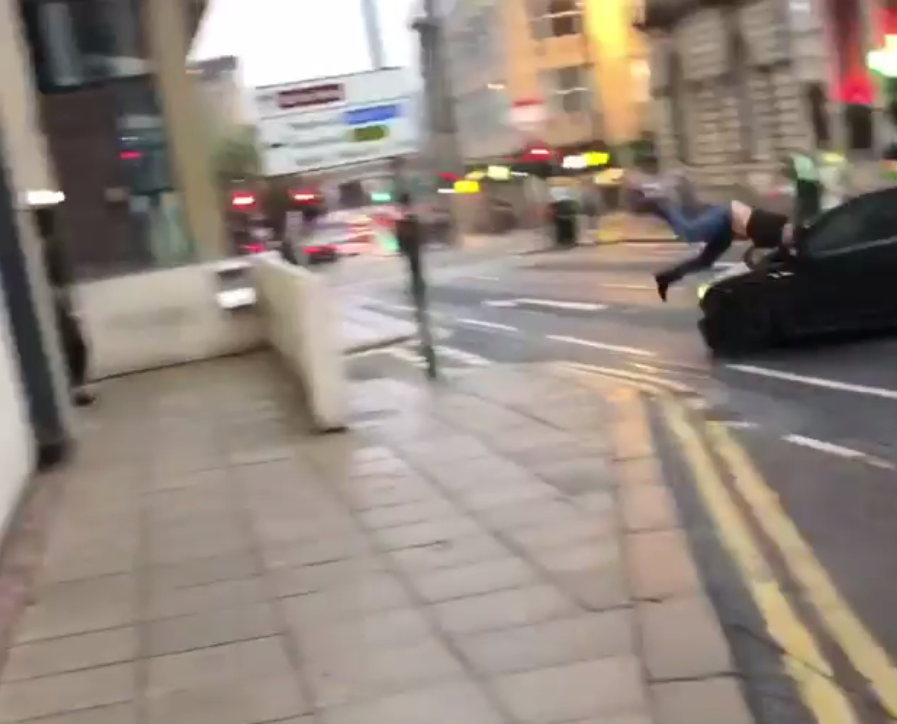 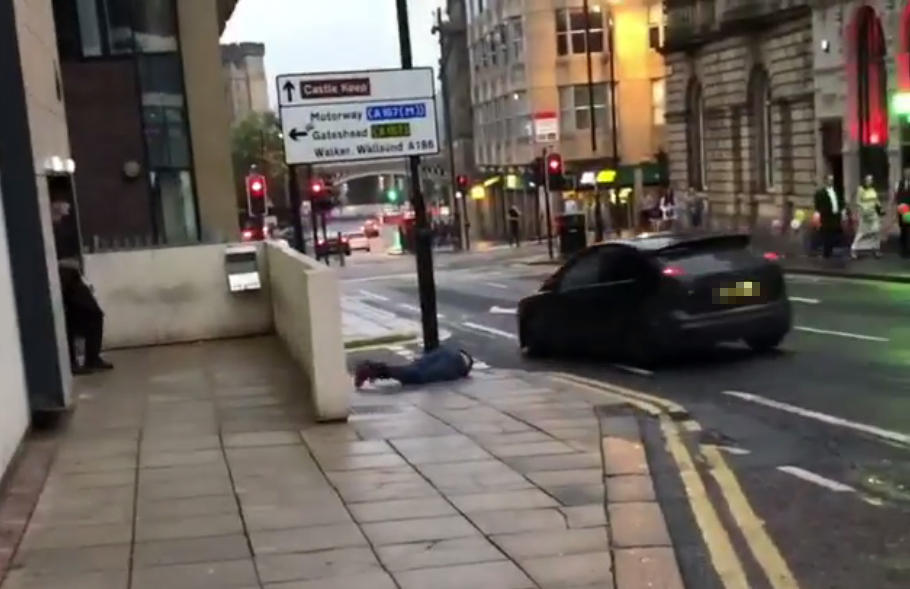 It shows a black Ford Focus stationary in the middle of the road with its doors open.

A woman bends down to take off her high-heeled shoe and starts smacking the car's windscreen with it while shouting at two men who quickly jump into the motor.

Shocked passersby then watch in horror as the driver speeds off with the woman holding the driver's door handle, dragging her into the gutter.

At the same time, the out of control car skittles a man on the pavement who was apparently not connected with the initial altercation. 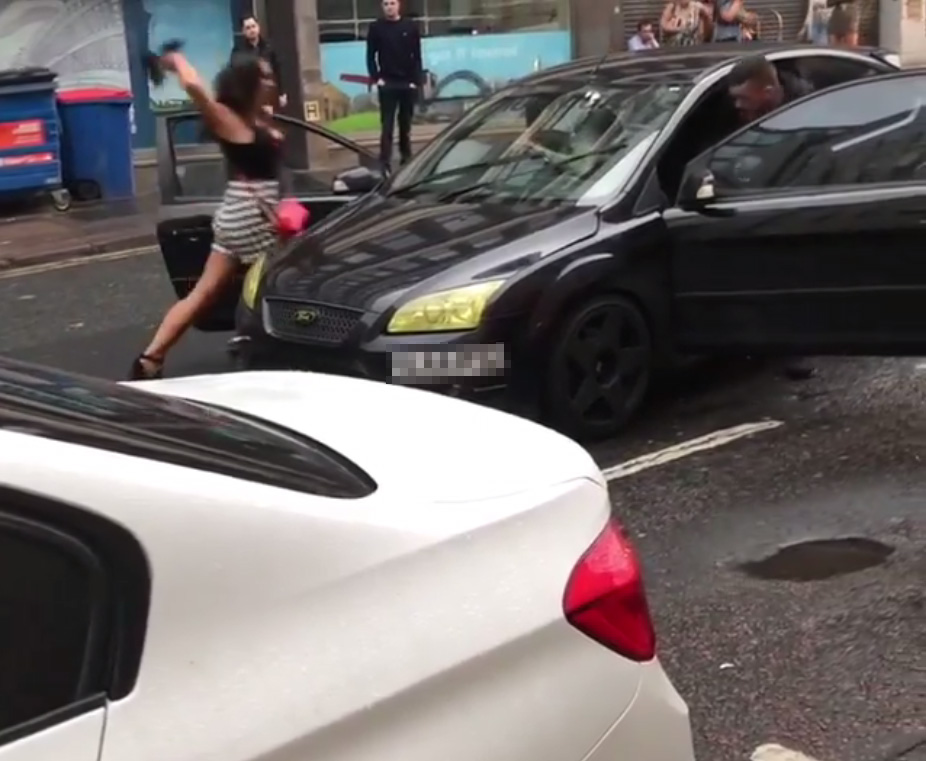 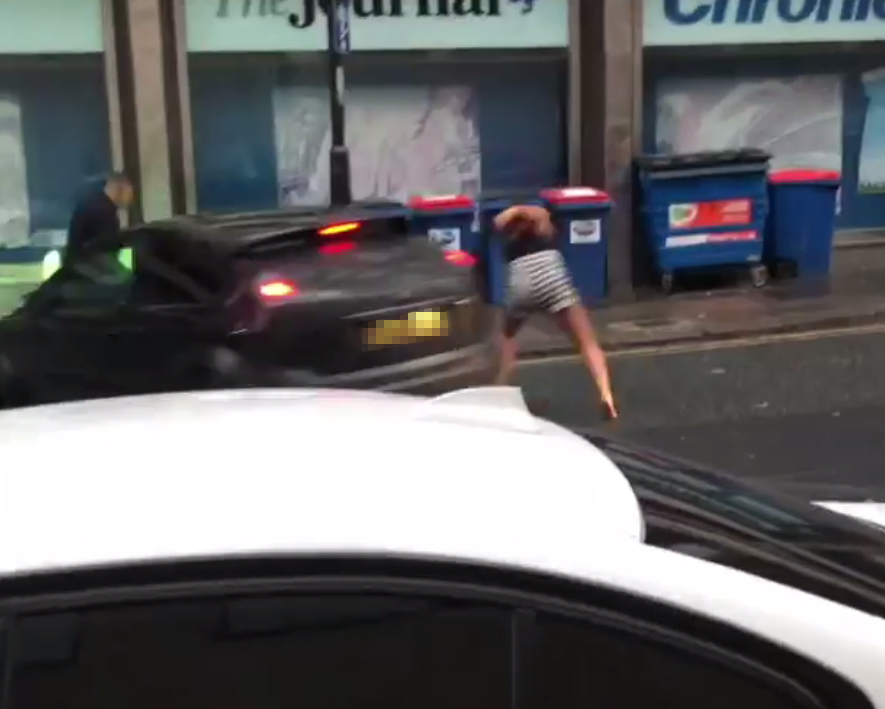 The guy who was knocked over gets to his feet in a rage and immediately tries to open the driver's door.

But the reckless motorist pulls off — only to reverse back up the road in a fury of his own.

The crowd screams as the black Ford then appears to deliberately race towards the man who was hit on the pavement.

He tries to get out of the car's way, but it swerves into his path and brutally smashes into him.

The video shows him being violently thrown through the air before hitting a lamppost hard.

It ends with the car driving away from the scene of the whole appalling incident.

A spokesperson for Northumbria Police told ChronicleLive the incident was reported at 9pm last night and that no one has been arrested.

They added: "We are aware of the incident and it is being investigated." 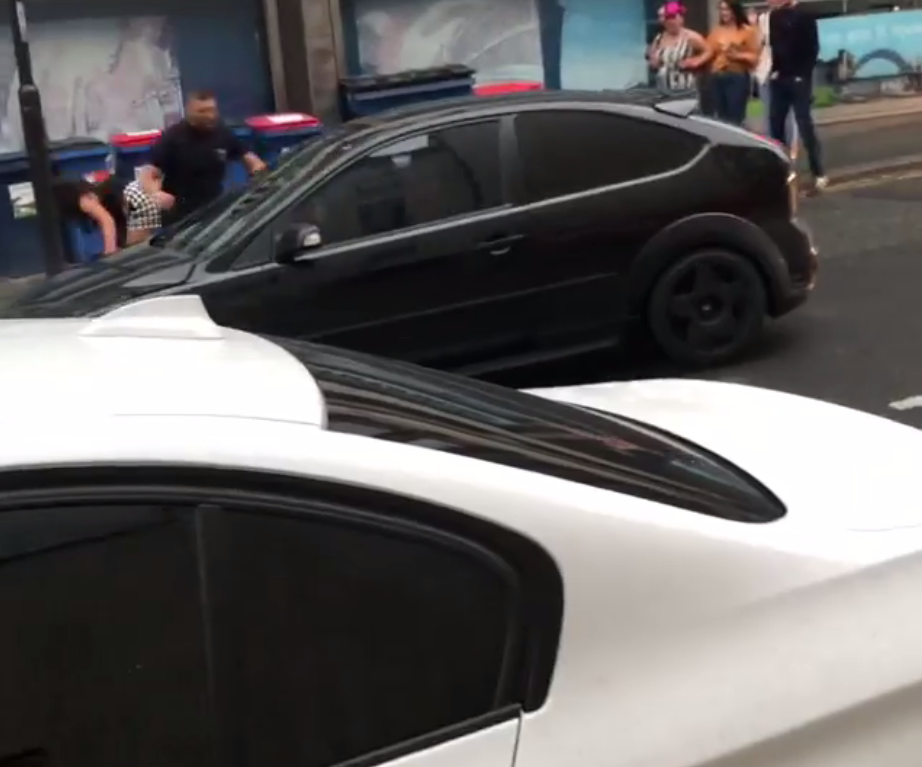