A £2 coin commemorating the 75th anniversary of the D-Day landings has been launched by the Royal Mint.

The Mint said the coin was designed as a tribute to those who planned and participated in the epic landing operations on June 6, 1944.

The commemorative £2 coin, designed by the Royal Mint’s graphic designer Stephen Taylor, takes inspiration from military maps to depict the strategy taken by the Allies to land on five Normandy beaches. 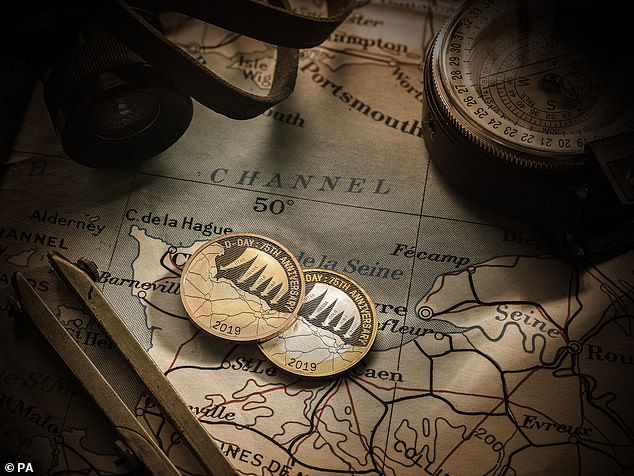 The coin represents the huge scale of the operation, which is often cited as the day that turned the tide of the Second World War and was an all-out assault by land, sea and air, the Royal Mint said.

Overcoming a series of defences known as the Atlantic Wall, the Allies were able to secure a foothold on the continent and begin the liberation of occupied Europe.

Created in association with Imperial War Museums (IWM), the commemorative coin is not going into general circulation and is available to buy from the Royal Mint’s website, with prices ranging from £10 for a brilliant uncirculated version to £845 for a gold proof coin. 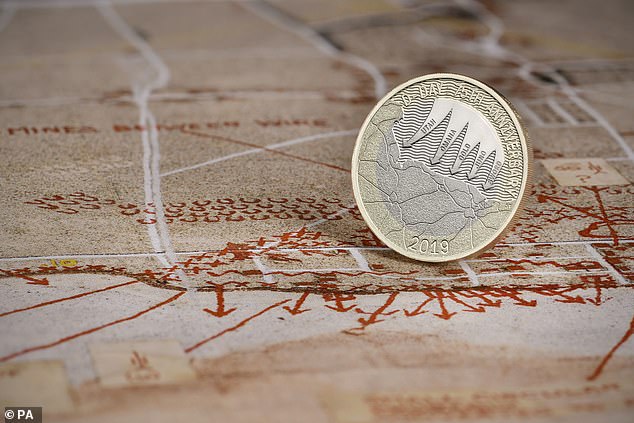 A donation from every D-Day coin purchased from the Royal Mint goes to IWM to help them continue its work.

Nicola Howell, director of the consumer division at the Royal Mint, said: ‘The D-Day landings is one of the most significant events in our nation’s history, and it’s important that we remember the instrumental impact that the landings had on the outcome of the Second World War.

‘Seventy-five years on, our commemorative £2 coin is a fitting tribute to the significance and scale of the operation, and is an important recognition of the bravery of those that made D-Day possible.’

D-Day: How Operation Overlord turned the tide of war in Europe

It is thought as many as 4,400 were killed in an operation Winston Churchill described as ‘undoubtedly the most complicated and difficult that has ever taken place’.

The assault was conducted in two phases: an airborne landing of 24,000 British, American, Canadian and Free French airborne troops shortly after midnight, and an amphibious landing of Allied infantry and armoured divisions on the coast of France commencing at 6.30am.

The operation was the largest amphibious invasion in world history, with over 160,000 troops landing. Some 195,700 Allied naval and merchant navy personnel in over 5,000 ships were involved.

The operation was the largest amphibious invasion in world history, with over 160,000 troops landing. Some 195,700 Allied naval and merchant navy personnel in over 5,000 ships were involved.

The landings took place along a 50-mile stretch of the Normandy coast divided into five sectors: Utah, Omaha, Gold, Juno and Sword.

The assault was chaotic with boats arriving at the wrong point and others getting into difficulties in the water.

Troops managed only to gain a small foothold on the beach – but they built on their initial breakthrough in the coming days and a harbour was opened at Omaha.

They met strong resistance from the German forces who were stationed at strongpoints along the coastline.

Between 4,000 and 9,000 German troops were killed – and it proved the pivotal moment of the war, in the allied forces’ favour.