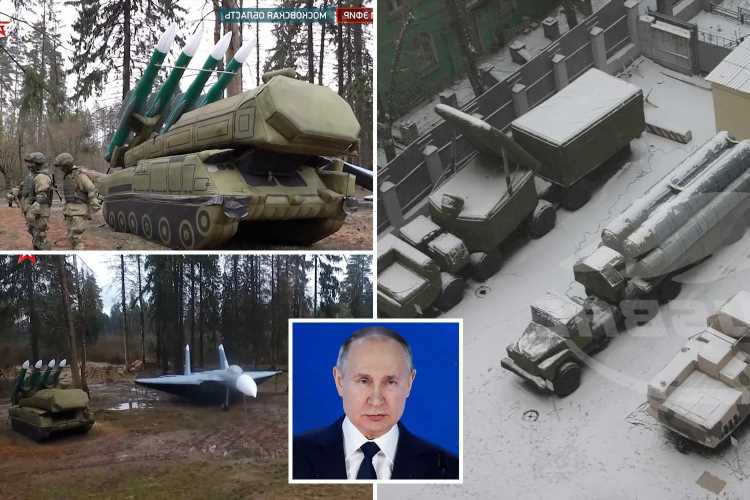 RUSSIA deployed a "decoy army" of inflatable tanks, missiles and fighter jets to "trick the West" amid Ukraine tensions.

The superpower's blow-up army was used for nation-wide military exercises. 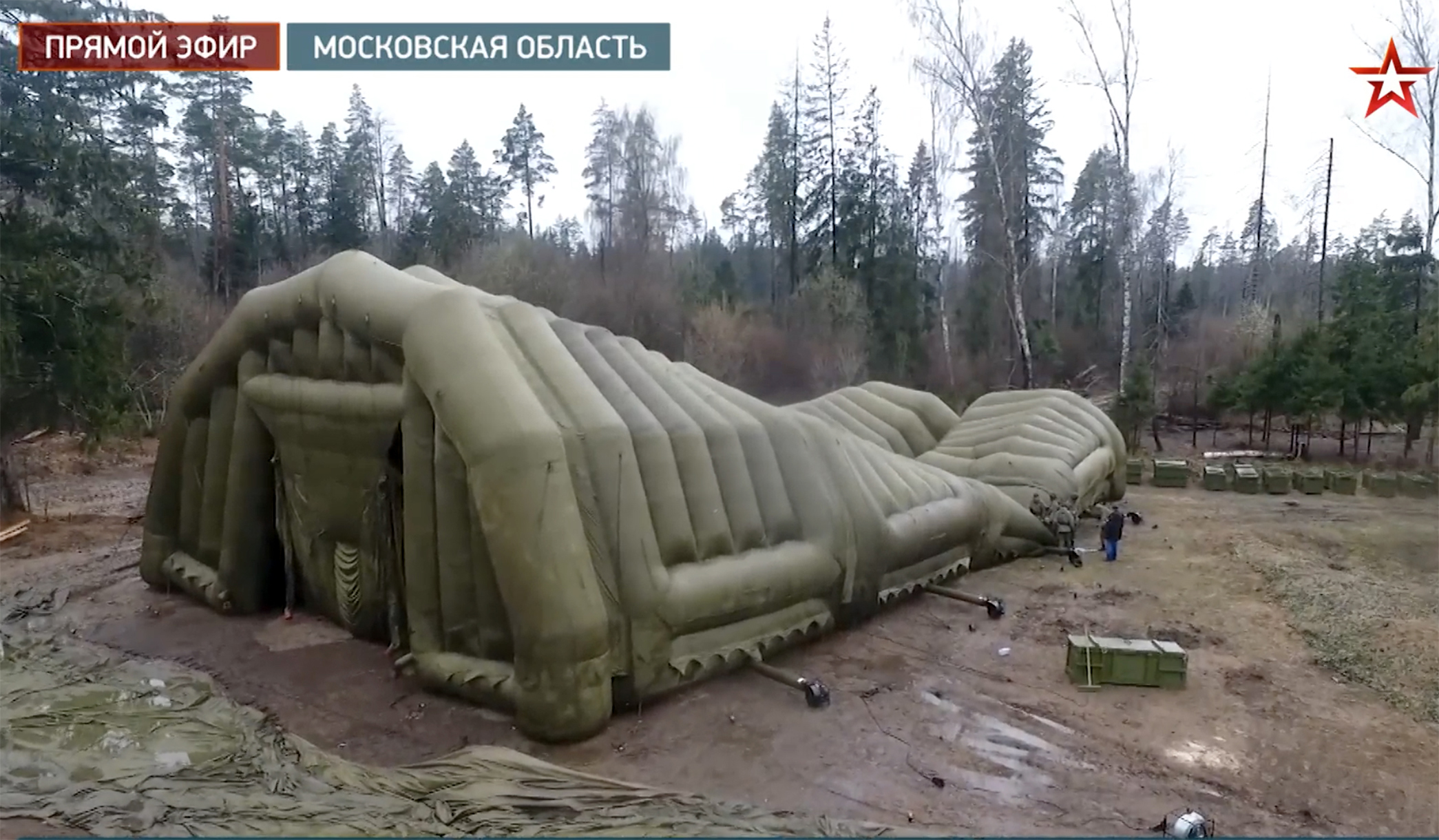 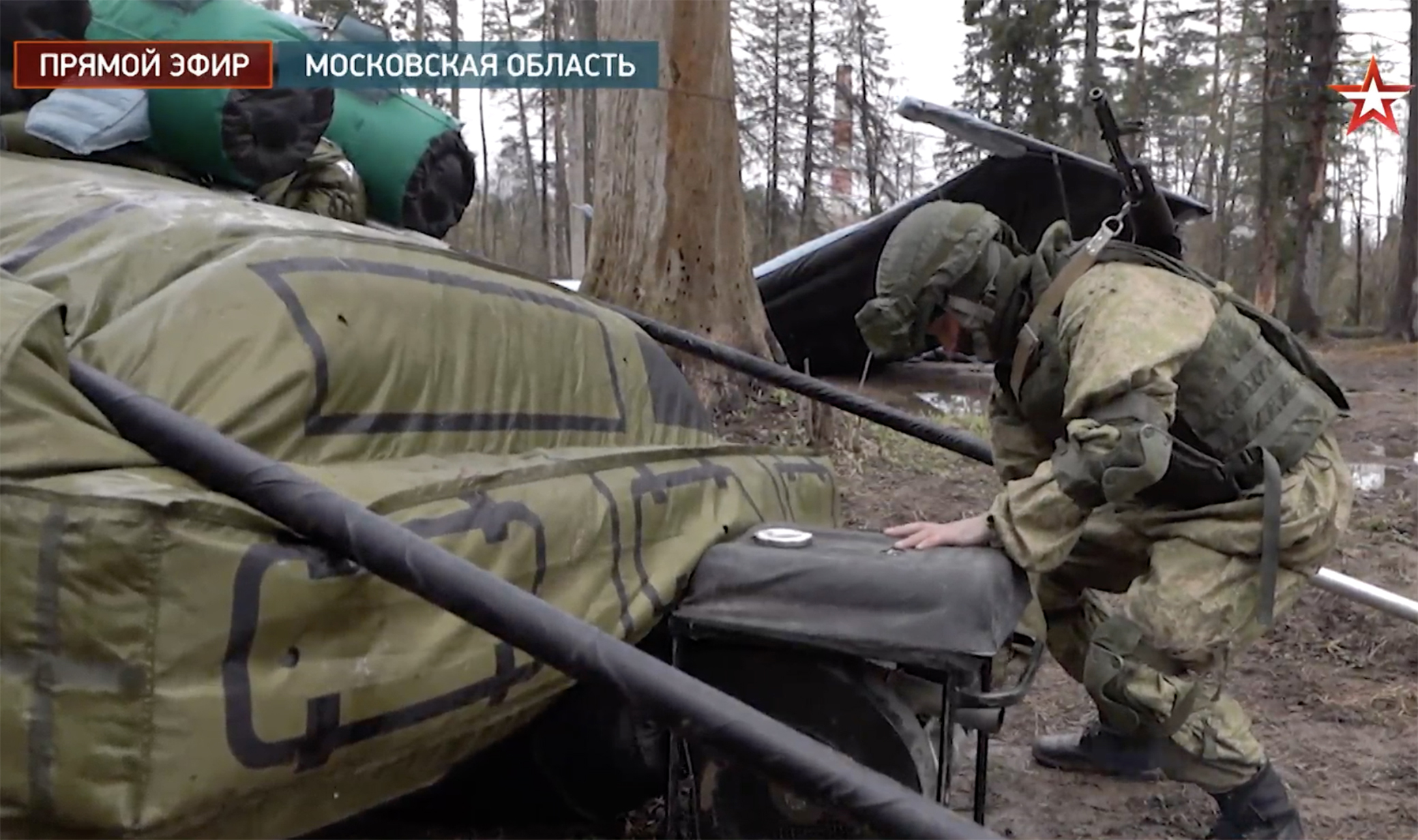 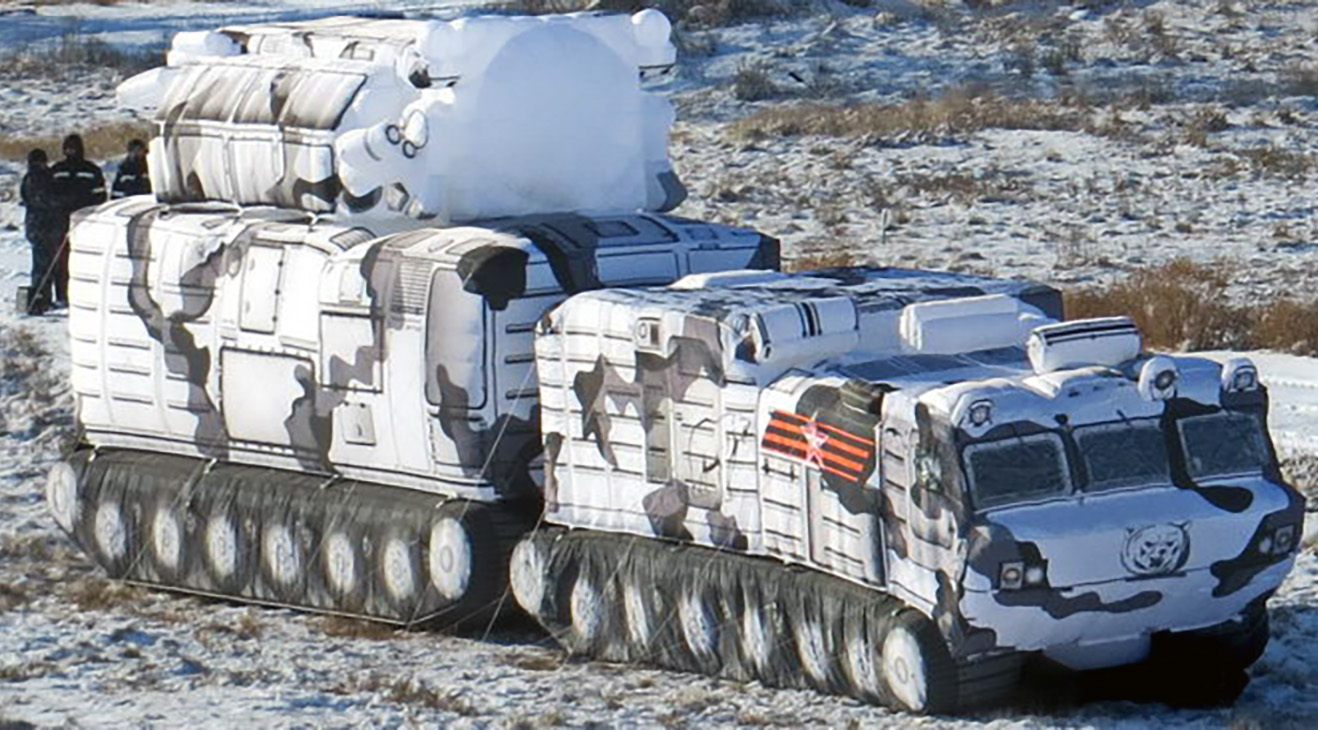 Putin's decoys, which can inflate within minutes, were seen close to the capital city Moscow this week.

The army said: “The inflatable equipment is nearly identical to the original thanks to the use of special materials.

"It also has the same radiation background so that an enemy does not notice the deception.”

Rusbal, the company behind the blow-up forces, said the cost of fooling the enemy is a fraction of buying the real weaponry.

Among the armoury is what looks like a MiG-31 and Su-27 fighters under the cover of an anti-aircraft missile system at a mock covert airfield in the forest.

A report on the Russian Defence Ministry's TV channel Zvezda said: “Tanks, aviation and air defence systems were moved to Moscow region so that ‘an enemy’ had a chance not only to find a hidden aerodrome, but to obtain satellite pictures, too.”

It shows the 45th engineer-camouflage regiment “armed with the most unusual equipment of the Russian army”.

It comes amid growing tensions between Russia and Ukraine.

This week the Russian frigate Admiral Essen launched multiple missiles into the Black Sea despite the West's pleas to ease the tension. 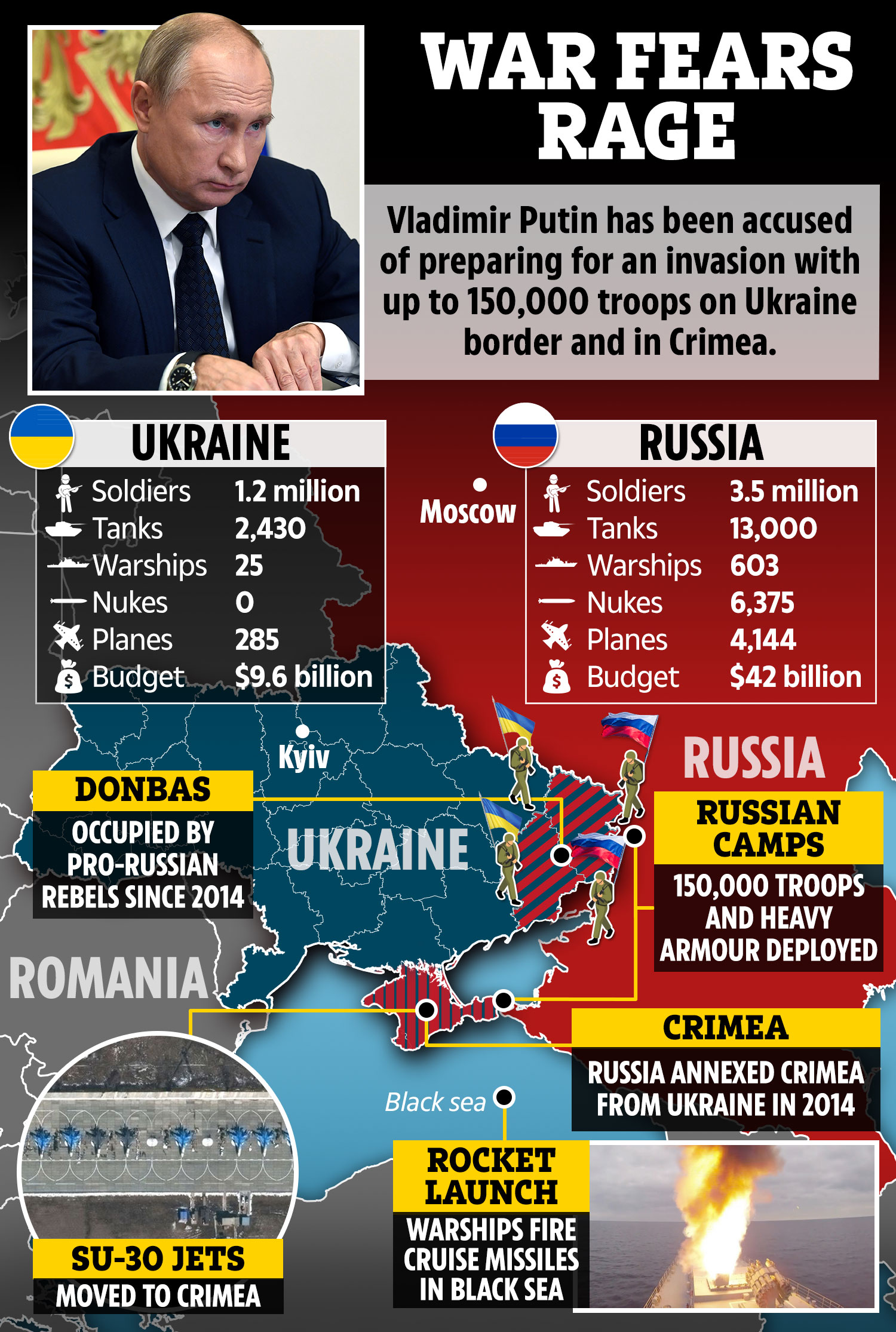 And Vladimir Putin has massed more than 150,000 troops on the border in the region's biggest ever military build-up.

Putin annexed Crimea from Ukraine in 2014, and since then more than 14,000 people have died in seven years of civil war between Ukrainian forces and Russia-backed separatists in the disputed Donbass region.

A ceasefire has fallen apart in recent months with increasing outbursts of violence that threaten to erupt into a full-scale war.