Sadiq Khan has said Donald Trump is ‘not in the same class’ as previous presidents  who were granted state visits just weeks before he is set to touch down in the UK.

The London Mayor reignited his feud with Trump yesterday, saying that while we should have a ‘close relationship’ with the U.S., there should not be a state banquet.

Speaking on LBC radio, he said: ‘History tells us only two presidents have had a state visit. I think President Trump is certainly not in the same class as those two.’

He also blasted the American leader for his treatment of women, saying it gives a ‘green light’ to sex pests, and added he would refuse to attend a state banquet. 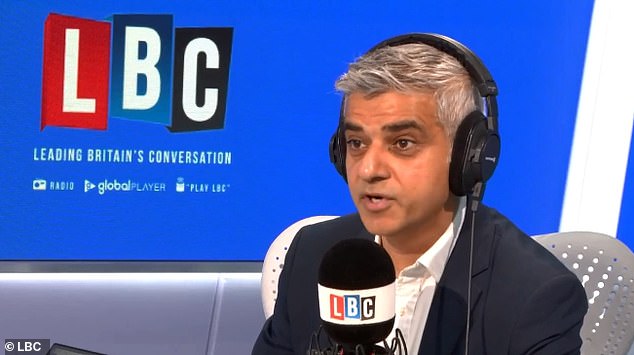 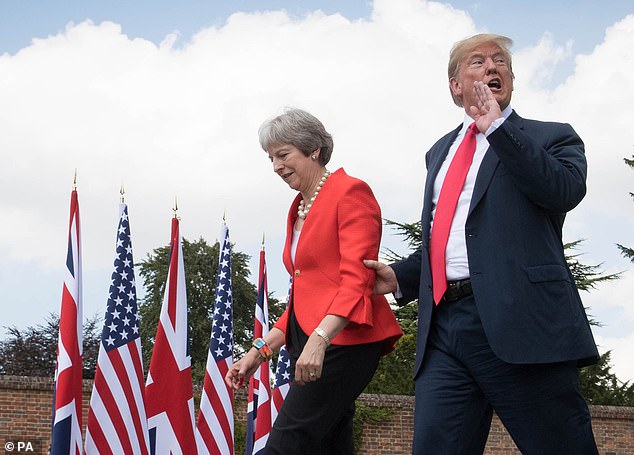 Speaking on LBC radio, he said: ‘History tells us only two presidents have had a state visit. I think President Trump is certainly not in the same class as those two.’ Pictured: Donald Trump and Theresa May at Chequers during his UK visit last year 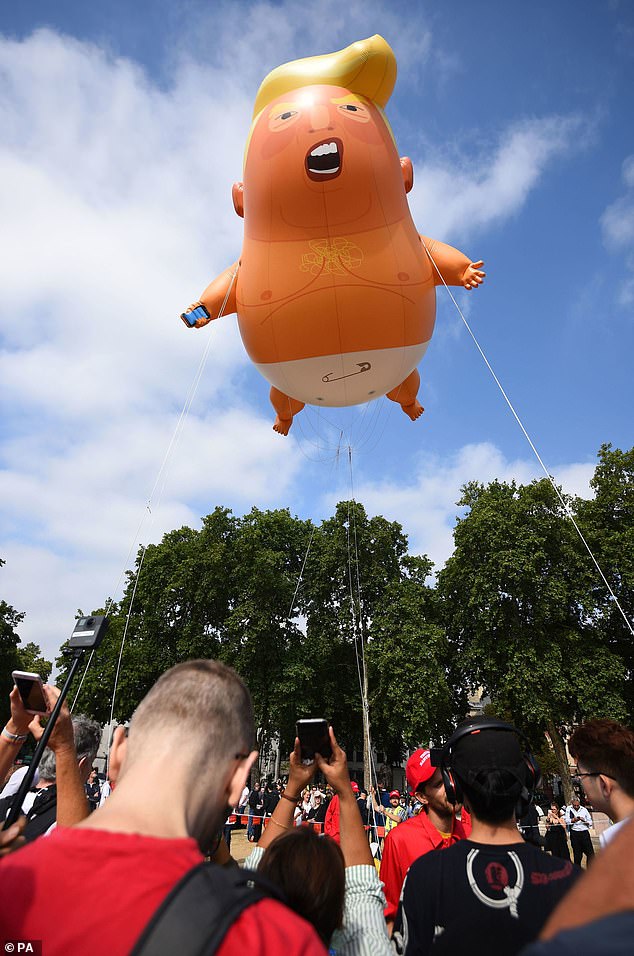 Sadiq Khan allowed a ‘Trump Blimp’ portraying the president as a baby, to fly over London during the American leader’s 2018 visit

He replied: ‘The impression is given you can get away with it, it’s like a get out of jail card.

‘There’s a boasting and bragging, it’s almost a green light for others to behave badly.’

And he urged Theresa May to tell the president when she disagrees with his behaviour.

‘We’re their closest mates, that give us a responsibility to call people out,’ the London mayor said.

‘We should say to President Trump when he’s here – listen, we may have a special relationship, we may agree on most things but I think you’re wrong on A, B, C, D, E.

The stormy relationship between the American leader and the London Mayor ran into fresh trouble last July when Mr Trump accused him of failing to stop a wave of terror attacks.

And Mr Khan was criticised for letting an offensive blimp depicting the US President as a baby fly over Parliament Square when Mr Trump was on his controversial visit.

But speaking on the BBC’s Andrew Marr Show at the time, Mr Khan defended giving the green light to the controversial protest saying he was not going to curb free speech.

He was quizzed over whether he thinks Mr Trump has launched a volley of attacks on him because he is Muslim.

Mr Khan said: ‘That’s for President Trump… I didn’t start this feud, it takes two to tango. He is the president who tweets about me voluntarily.’

He said that while he does not personally think Mr Trump is racist, he can understand why others do after he reweeted fake anti-Muslim propaganda posted by the far-right group Britain First.

He said: ‘When you amplify messages of hate, when you use the language that President Trump does in relation to immigrants, infestation is I think the word he used, (you) can understand why people draw the conclusion that he’s racist.’