Saoirse Kennedy Hill wrote how someone known to her ‘broke serious sexual boundaries’, which led to an attempted suicide.

Saoirse, 22, the granddaughter of the late Robert F Kennedy and his wife Ethel, died of a suspected drug overdose at the family’s compound in Hyannis Port, Massachusetts.

She was taken to Cape Cod Hospital in Hyannis where she was pronounced dead, according to the Cape and Islands District Attorney’s office.

The Boston College student, who was due to graduate next year, described how depression was her ‘unwanted friend’ in bouts that ‘would come and go’ – and spoke about a suicide attempt. 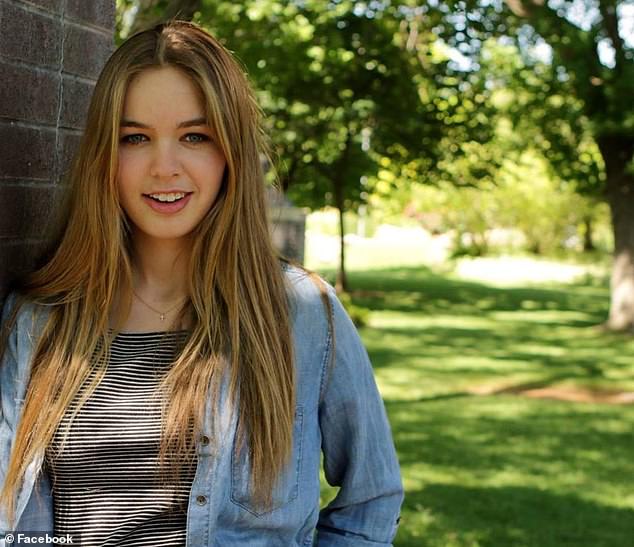 Saoirse Kennedy Hill, 22, (pictured), wrote how someone known to her ‘broke serious sexual boundaries’ with her which led to to her attempting suicide

Saoirse alluded to being subjected to an alleged sexual assault by someone she ‘knew and loved.’ She did not identify the individual or state whether the the incident had been reported

While she was attending boarding school at Deerfield Academy in 2016, Saoirse penned an article for the student paper about her struggles with depression and mental illness.

In The Deerfield Scroll, she wrote in February 2016: ‘My sense of well-being was already compromised, and I totally lost it after someone I knew and loved broke serious sexual boundaries with me,’ she wrote.

‘I did the worst thing a victim can do, and I pretended it hadn’t happened. This all became too much, and I attempted to take my own life.’

‘She did not go into further detail about the person who broke her ‘sexual boundaries’ or state whether she reported any alleged assault.

‘But it seemed clear from her writing that the encounter had a serious impact on her emotionally, as she wrote about the stigma surrounding mental health and how many people feel uncomfortable talking about their well-being.’

Hill, who was one of Robert and Ethel Kennedy’s 35 grandchildren, did not identify the ‘someone’ who appeared to have violated her.

The column also focused on her return to school for her senior year after she went on medical leave to seek treatment. 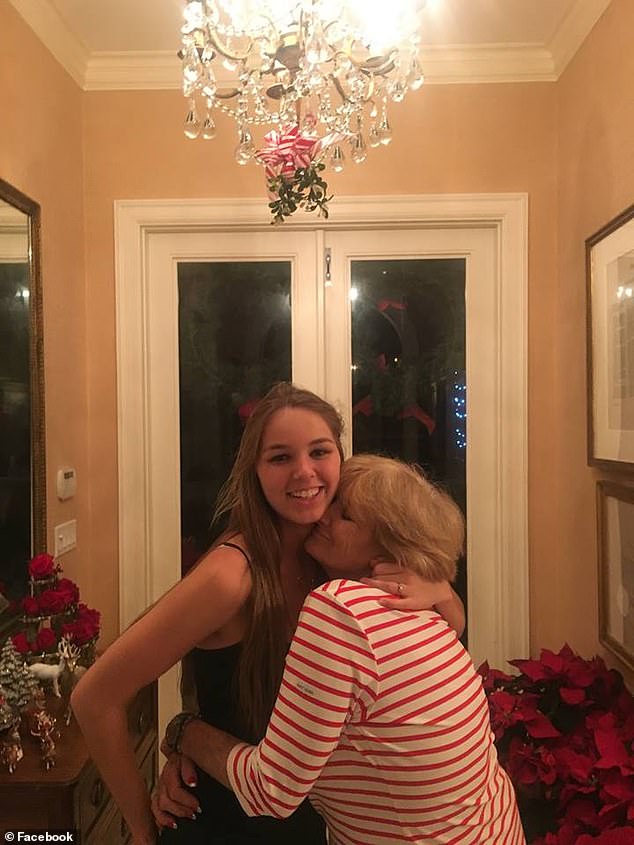 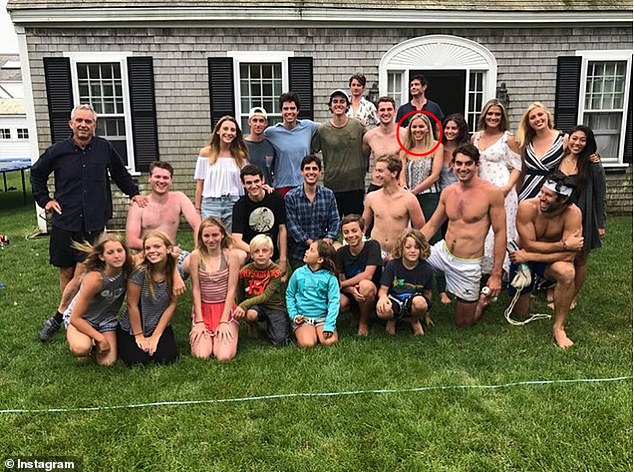 Saoirse, (circled in red), can be seen with several cousins and her uncle Robert F Kennedy Jr at the family compound in Cape Cod, Massachusetts

She appeared to feel disappointed over the fact federal privacy law seemed to prevent her teachers and advisers from knowing what she was experiencing, and claimed that the school could have been better equipped to talk about mental illness.

Saoirse later went on to enroll at Boston College, where she was a communication major and vice president of the College Democrats.

In the article, which she penned during her senior year, she described feeling unsettled and lonely because few people on campus knew about her illness.

In the essay she wrote: ‘My depression took root in the beginning of my middle school years and will be with me for the rest of my life,’ Saoirse wrote.

‘Although I was mostly a happy child, I suffered bouts of deep sadness that felt like a heavy boulder on my chest. 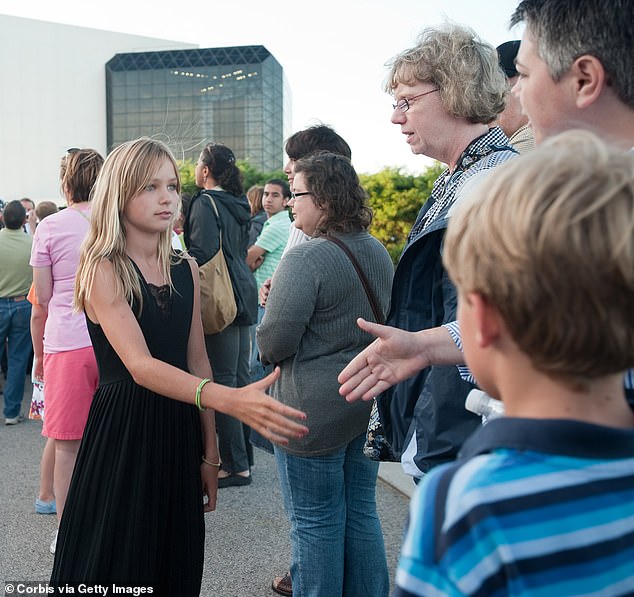 Saoirse Kennedy is pictured aged 12 greeting people waiting in a three hour line to pay their respects to Senator Edward M. Kennedy at a memorial at the John F. Kennedy Library in Boston in August 27, 2009

‘Though the teen admitted that her depression episodes ‘would come and go,’ she said it particularly affected her during her sophomore year at the private Massachusetts prep school.

‘I began isolating myself in my room, pulling away from my relationships, and giving up on schoolwork,’ Saoirse recalled.

‘During the last few weeks of spring term, my sadness surrounded me constantly.’ But that summer after my sophomore year, my friend depression rarely came around anymore, and I was thankful for her absence,’ she added.

Authorities have said they will rely on the results of toxicology reports to determine how Saoirse Kennedy Hill died.

Massachusetts, for a report of a drug overdose found her unresponsive.

The 22-year-old Boston College student was the daughter of Robert and Ethel Kennedy’s fifth child, Courtney, and Paul Michael Hill.

The Cape & Islands district attorney’s office said Friday that an autopsy showed no signs of trauma, but investigators would look to toxicology reports for the exact cause and manner of death.