A YOB who blasted a firework from his bum in a moronic stunt filmed by pals faces the boot from his family home.

Jordan Buchan, 29, can today be revealed as the idiot whose rocket prank went viral — and stepdad John, 59, is said to be raging. 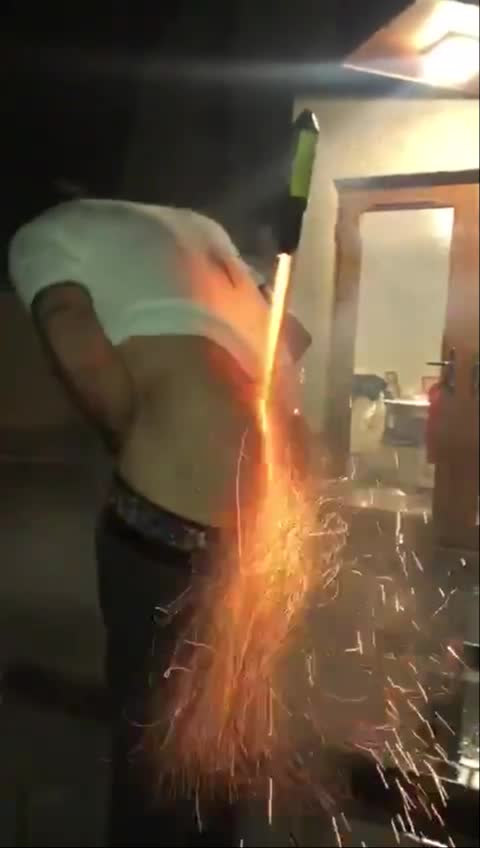 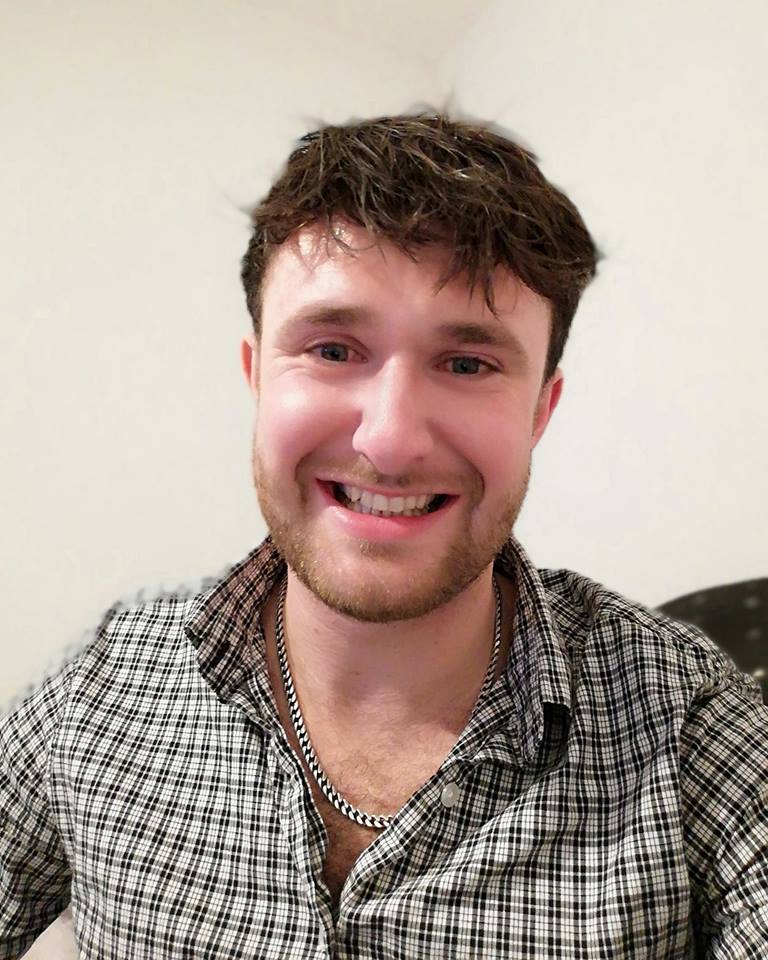 The trawlerman is away at sea but may have to find new digs when he returns.

Plumber John’s partner, of Fraserburgh, Aberdeenshire, who asked not to be named, said: “I think he’s been kicked out of the house. No words can describe how upset we are.

"He’d been doing good and got a new job. It’s a stupid mistake.”

Asked about the video, John said: “I don’t want anything to do with it.”

We told how Jordan was filmed wedging the rocket between his cheeks as a kid looked on.

As the fuse is lit the firework showers him with sparks and singes his T-shirt — and he gets it it out just a second before it explodes.

Word of the prank spread through the community and Jordan, nicknamed Cowban, was outed as the culprit.

Jordan is not expected home until next week and could not be contacted. 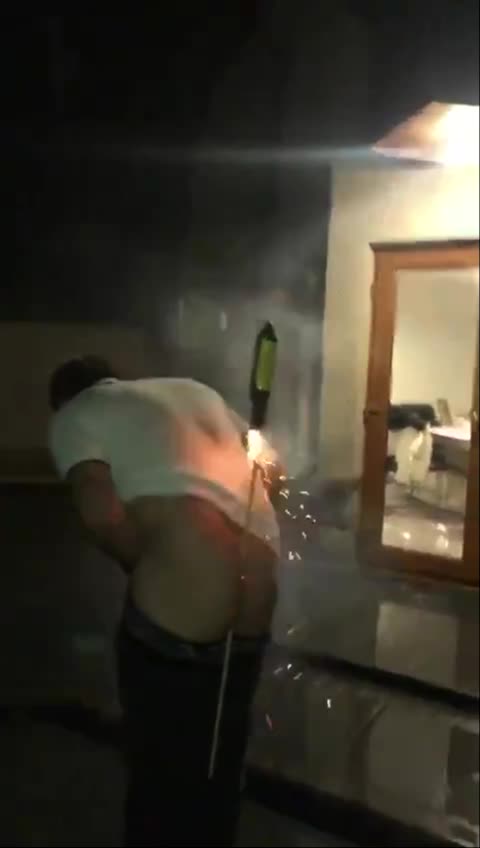 We told yesterday how the mum of a Scots schoolboy left scarred for life after a rogue firework hit him blasted Jordan's prank.

Amy McCabe's son Ben, 12, suffered third degree burns when a stray firework flew inside his jacket at an organised display eight years ago in Cumbernauld, near Glasgow.