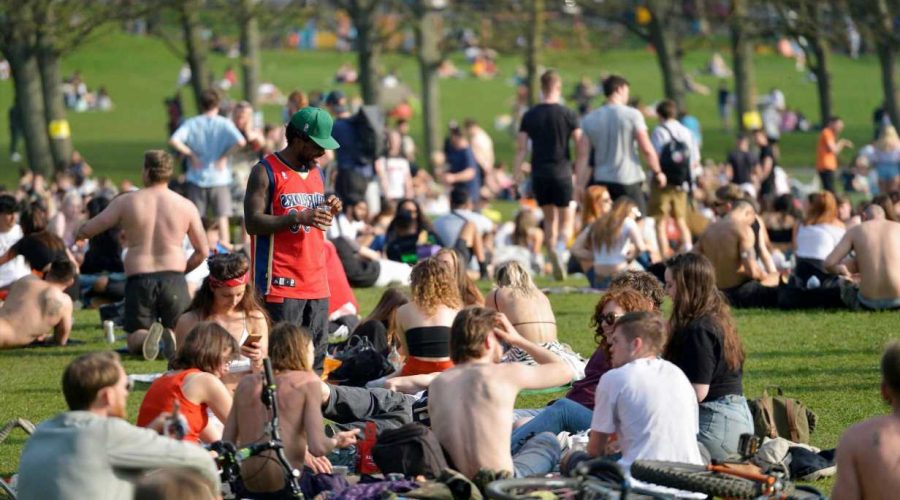 SOCIAL distancing should be scrapped in June to allow Brits to “take back control of their own lives”, leading scientists have said.

Twenty-two influential academics have signed an open letter calling for the end of all “low-level” restrictions by June 21 – as vaccination will slash Covid deaths by 98 per cent. 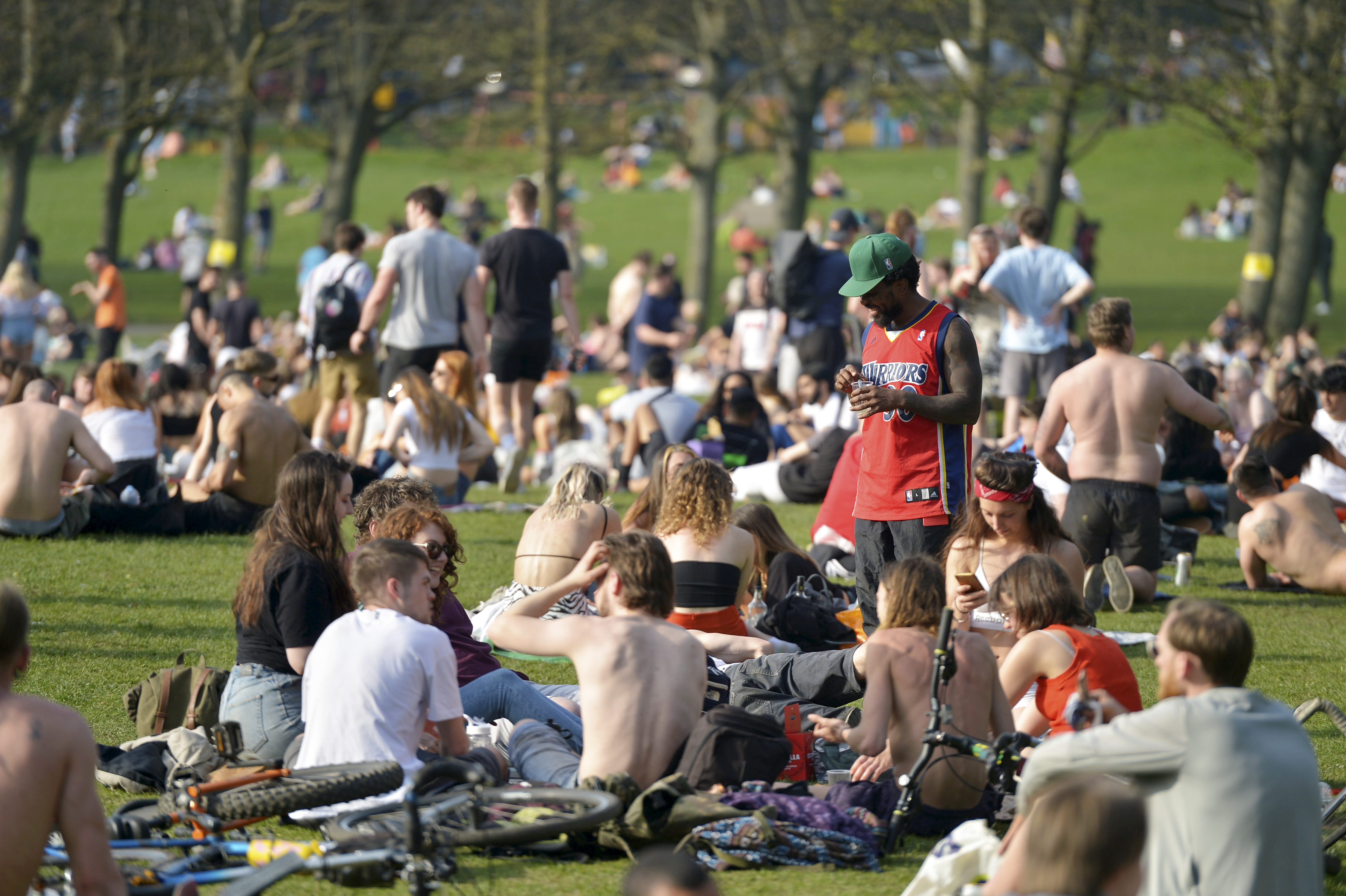 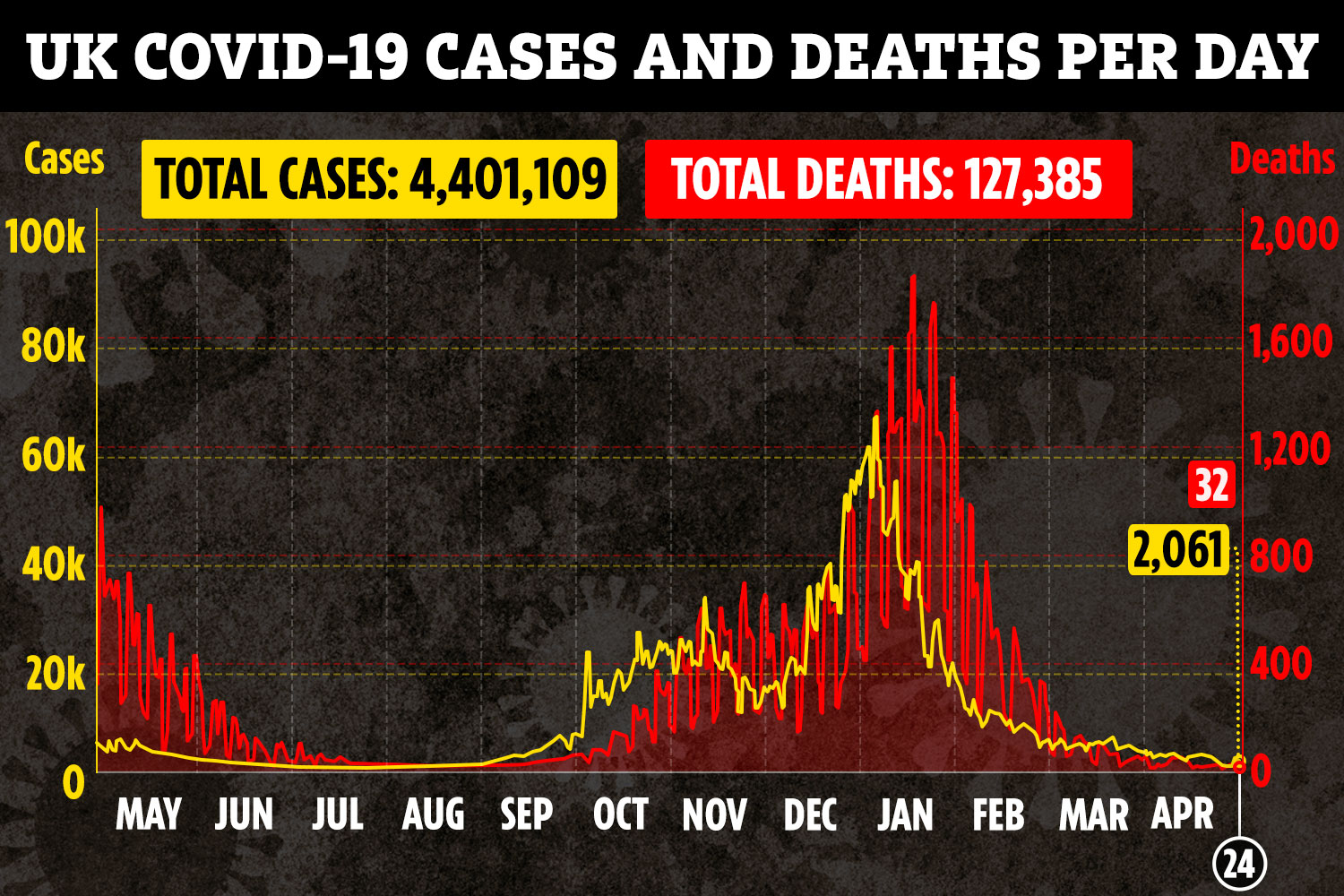 The letter states that “a good society cannot be created by obsessive focus on a single cause of ill-health” – and cites the devastating toll of lockdown restrictions on mental health.

It also argues that mass community testing is unnecessary – and can be replaced by a more targeted approach along with hygiene measures such as hand-washing and surface cleaning.

The signatories also demand plans for vaccine passports are scrapped as the virus “no longer requires exception measures of control in everyday life”.

In the letter, they call for the end of mandatory face mask wearing in classrooms by May 17 and in wider society by June 21.

The experts claim that Britain’s successful vaccine rollout will provide the country with a route out of the pandemic this summer. Official figures show that over half of the UK population has received their first dose.

And the signatories say that the government can be "very confident" that jabs "will reduce Covid deaths by around 98 per cent and serious illness by 80-85 per cent".

They write: “We are being told simultaneously that we have successful vaccines and that major restrictions on everyday life must continue indefinitely. Both propositions cannot be true.

“We need to give more weight to the data on the actual success of the vaccines and less to theoretical risks of vaccine escape and/or surge in a largely vaccinated population.” 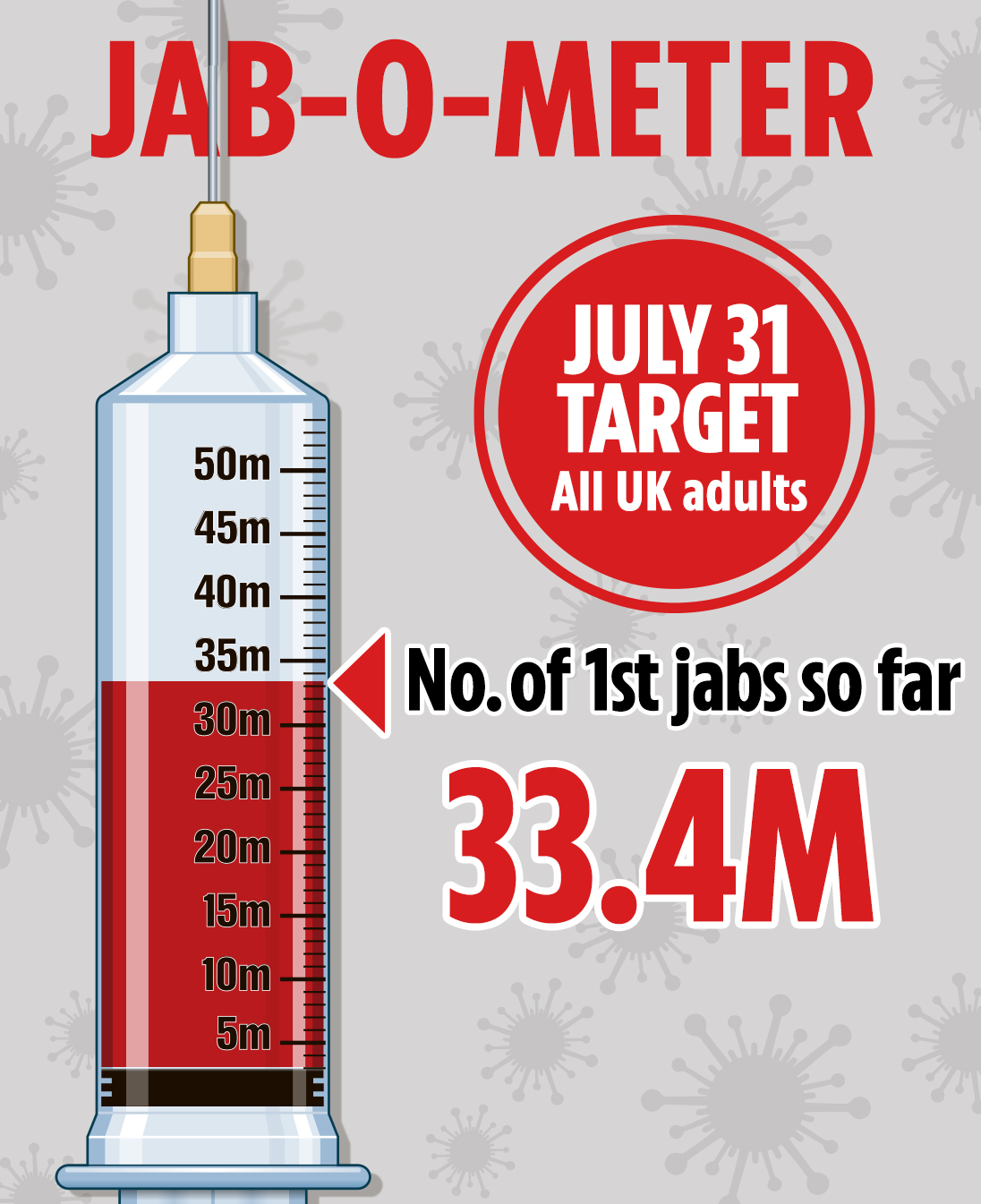 All legal coronavirus restrictions are set to end on June 21 – but health experts have stressed that “low-level” measures may persist beyond this date.

This could include mask-wearing or surge testing to stamp out hotspots of infection.

Scientists have also raised the alarm over the spread of dangerous new variants which could hamper the success of the vaccine rollout. It is feared that both the Brazil and South Africa variants could reduce the efficacy of jabs.

But the letter’s signatories claim that, despite the threat of new strains, coronavirus “will take its place among the 30 or so respiratory viral diseases with which humans have historically co-existed".

It adds: “For most vaccinated and other low-risk people, Covid-19 is now a mild endemic infection, likely to recur in seasonal waves which renew immunity without significantly stressing the NHS.

“Having endured the ravages of 2020, things are very different as we enter the spring of 2021. It is more than time for citizens to take back control of their own lives.”

Signatories include Robert Dingwall, professor of sociology at Nottingham Trent University and a member of the New and Emerging Respiratory Virus Threats Advisory Group (Nervtag), and Prof Anthony Brookes, geneticist and health data scientist at the University of Leicester.

Meanwhile, data from the first large real-world study of the impact of vaccination shows jabs slash infection and are likely to cut transmission.

Just one dose of either the Pfizer/BioNTech or AstraZeneca vaccines leads to a two-thirds drop in coronavirus cases and is 74 per cent effective against symptomatic infection.

And with two doses of Pfizer there was a 70 per cent reduction in all cases and a 90 per cent drop in symptomatic cases – the people who are most likely to transmit coronavirus to others. 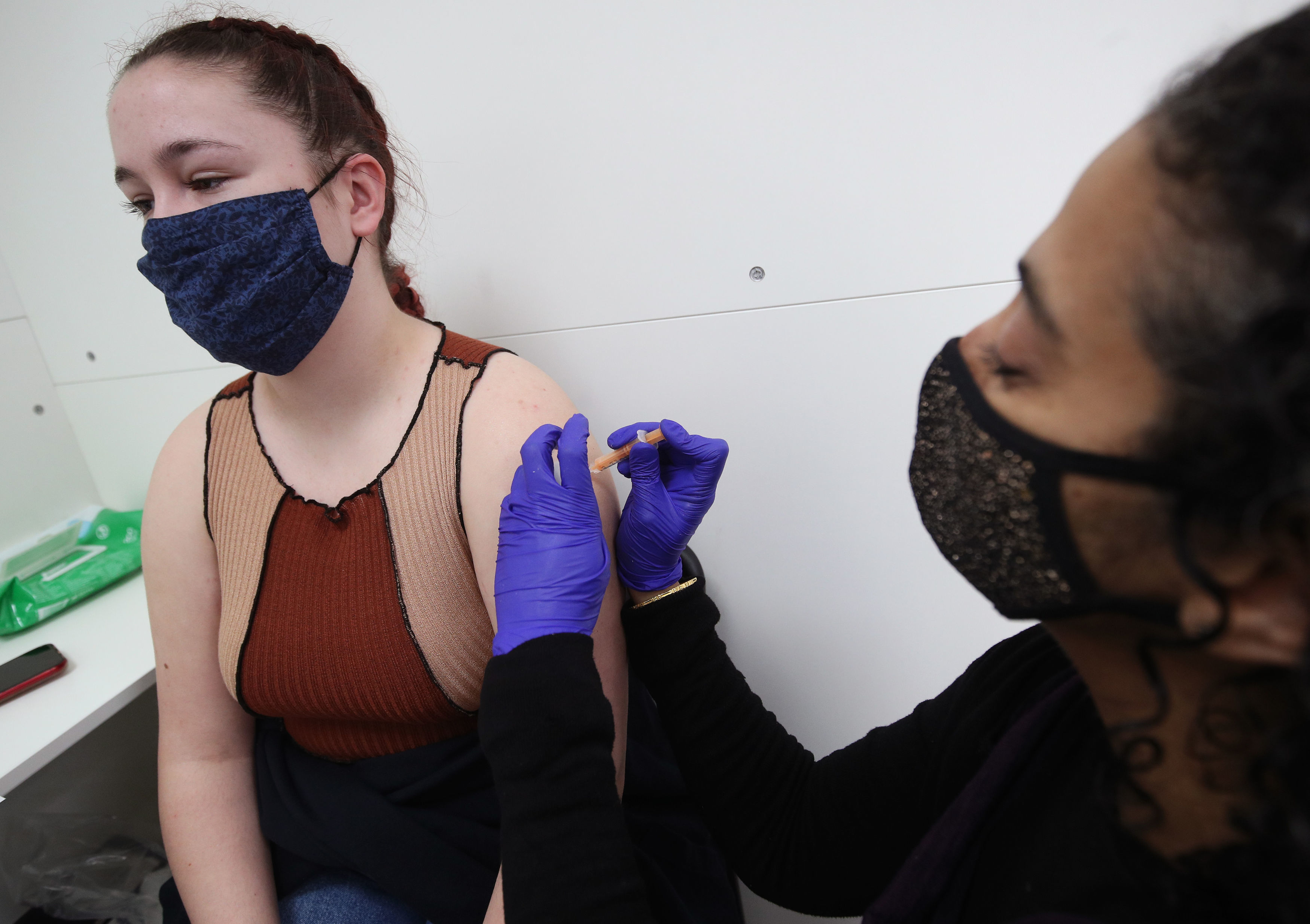 The letter comes after after government scientists on Friday said it was likely that face masks could be scrapped this summer.

A senior source said the immunisation campaign has gone so well that infections will continue to fall next month despite the recent opening of schools and shops.

But papers released by SAGE earlier this month claimed it was "highly likely that there will be a further resurgence in hospitalisations and deaths" as restrictions are eased.

UK chief scientific adviser Sir Patrick Vallance has previously said he expected regular hand washing and the recommendation for people to stay home from work if they feel ill to become "baseline" measures in the future.

"On social distancing, I think one has to understand what that might mean longer term," he told the Downing Street press conference.

"And it probably means things like hand hygiene and the fact people will take time off if they get ill and stay at home rather than going into work, testing to know if you've got it or not.

"Those sorts of things are likely to be important baseline measures going forward."

25/04/2021 World News Comments Off on Scrap all social distancing in June to 'give people their lives back', scientists demand as vaccines cut deaths by 98%
Lifestyle