A SEX offender was tackled and detained by a group of fathers after he was caught allegedly peaking under the stalls in a ladies' bathroom.

The perv was reportedly peaking at a 15-year-old girl in the ladies room at a Cracker Barrel restaurant in South Carolina on Sunday morning. 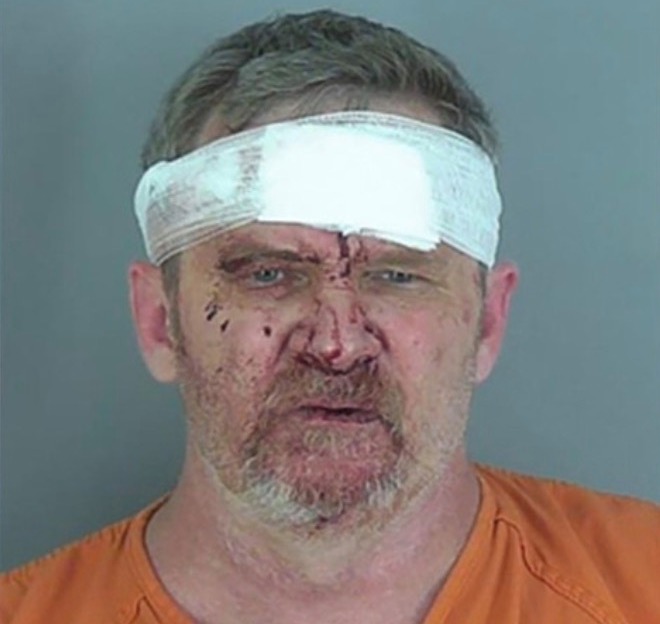 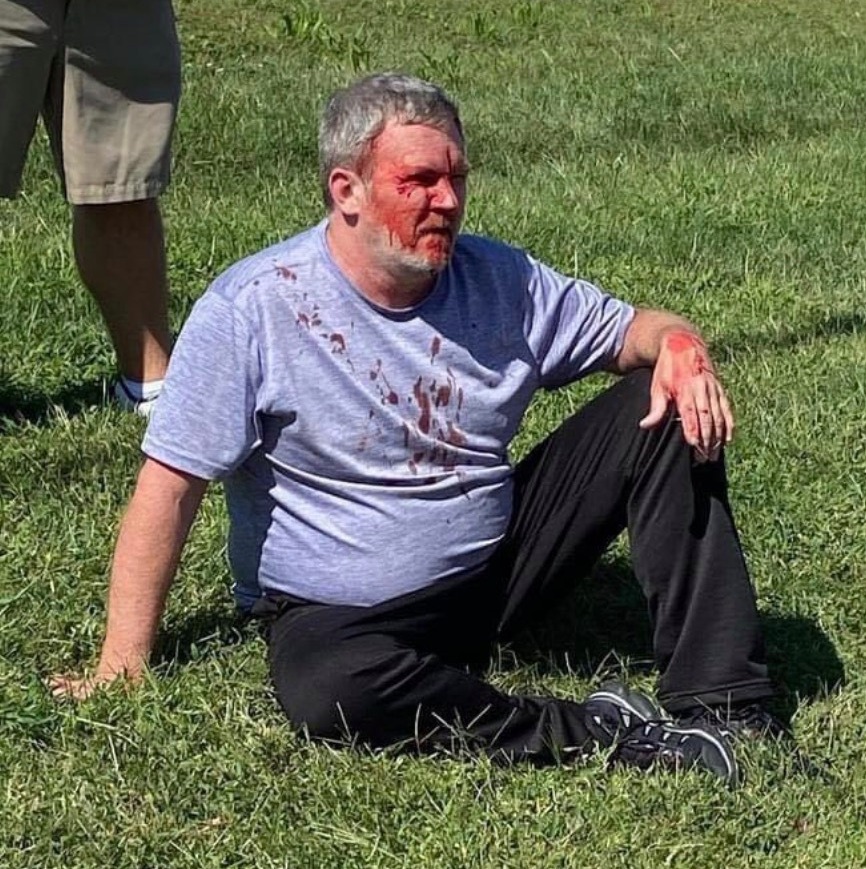 The offender, identified as 53-year-old Douglas Lane, was arrested after the dads took him down and is facing several charges, according to local station WSPA.

The teen reportedly noticed something moving by her feet while she was in the restroom, and then realized that it was a man in the stall next to her.

When she left the restroom, she told her father who then got a female employee to get Lane out of the restroom so he could confront him, according to Duncan Police Chief Carl Long.

The man reportedly tried to flee the Cracker Barrel after he was confronted by the girl's dad, but other fathers who happened to be in the restaurant jumped in to help detain the offender. 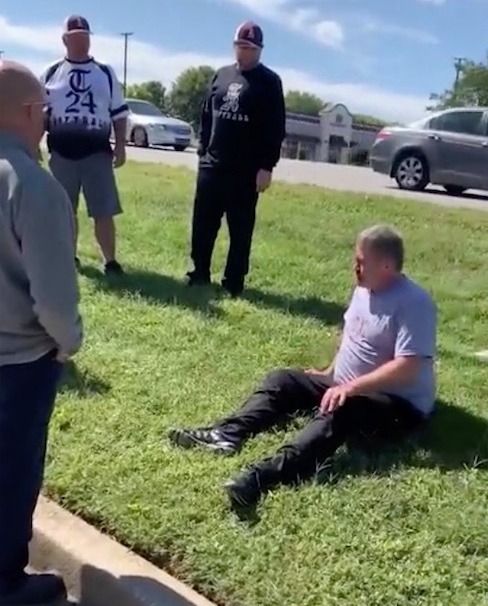 Witnesses say the group of dads tackled Lane in the parking lot and restrained him until police arrived.

Photos of the incident show Lane sitting on the ground with a bloodied shirt and face as he awaited police.

Lane reportedly told police after he was detained that he was in the women's room because he had to use the bathroom really badly and didn't realize he had entered the wrong one.

According to reports, he is a registered sex offender in North Carolina and has been charged at least eight times prior to the Cracker Barrel incident.

Sunday's peeping resulted in charges of voyeurism and possession of marijuana and drug paraphernalia.

Lane had a bond hearing on Monday where he received a $2,000 surety bond and was given a GPS monitor, according to WSPA.

Authorities said the investigation is ongoing and more charges are possible.