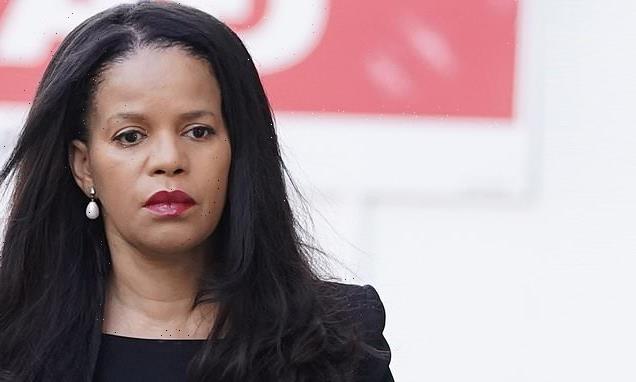 A disgraced MP who faces being kicked out of Parliament claimed more than £500 in expenses for dining room chairs that she will be allowed to keep if she is ousted.

Claudia Webbe was convicted of harassment last month after she threatened to attack a love rival with acid.

A recall petition will be held in her Leicester East seat if her appeal fails, which could trigger a by-election.

As she was awaiting trial, Webbe went on a taxpayer-funded shopping spree, spending £2,077 on ‘office furniture’. Her purchases included four velvet covered dining room chairs that cost a total of £519.96. 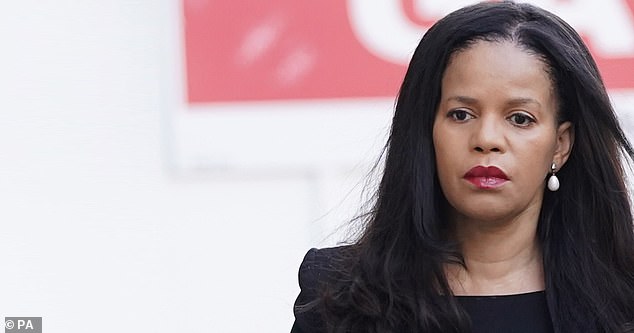 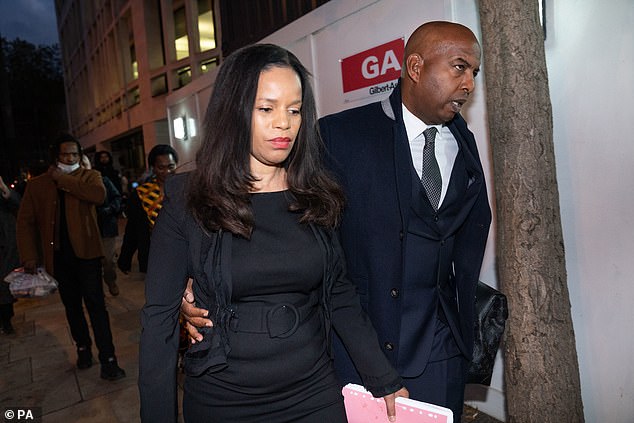 The MP, who now sits as an independent after she was expelled from Labour, was handed a suspended ten-week sentence by a judge last month

‘Enjoy a new sense of luxury and comfort in your dining space with this upholstered dining chair,’ reads the description for the product online.

Under Commons rules, MPs may be forced to hand back or reimburse Parliament for the cost of computers when they leave. But they are not routinely asked to return or pay back the cost of office furniture. Webbe, 56, bought the chairs as part of a series of purchases from the website Wayfair in March this year, a fortnight after her trial date was postponed.

The address where they were delivered has been redacted from the receipt published by expenses watchdog the Independent Parliamentary Standards Authority. Since her election in December 2019, when she took over the seat previously held by Keith Vaz, Webbe has claimed a total of £10,076 for office furniture and equipment.

The MP, who now sits as an independent after she was expelled from Labour, was handed a suspended ten-week sentence by a judge last month.

Over the course of 18 months, she bombarded Michelle Merritt with both silent and threatening phone calls.

Even after her conviction for harassment, the MP continued to insist she was the real victim.

Her appeal is listed for March next year and could last up to three days.

If her sentence is not overturned, a by-election will be held in her seat if 10 per cent of the electorate within the constituency sign a recall petition.