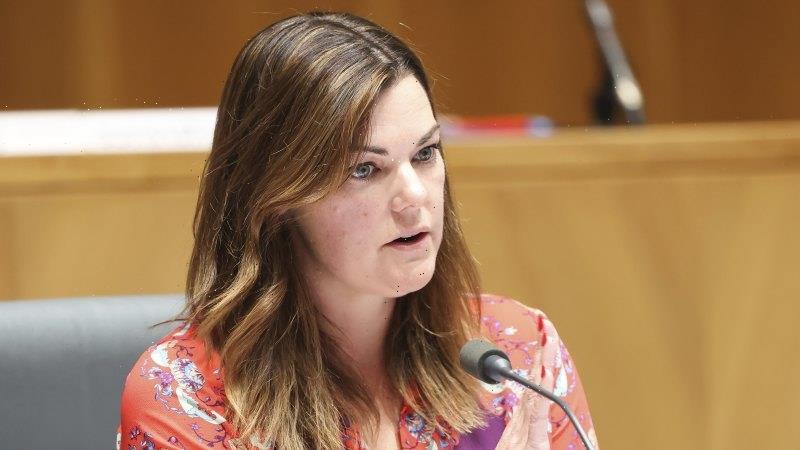 Sky News has paid $40,000 plus legal costs to avoid a defamation suit being filed against it by Greens Senator Sarah Hanson-Young after the broadcaster wrongly aired claims she involved her young niece in a dangerous environmental protest.

The money will be donated to the Australian Youth Climate Commission in the name of the senator’s 7-year-old niece. 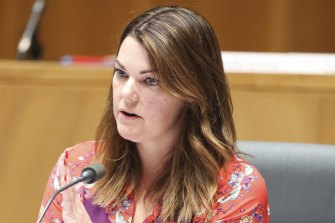 Senator Hanson-Young will donate the $40,000 settlement from Sky News to the Australian Youth Climate Coalition in her niece’s name.Credit:Alex Ellinghausen

In April, the News Corp-owned Sky News broadcast an interview with Liberal Senator Jonathon Duniam, the Assistant Minister for Forestry and Fisheries, in which host Rita Panahi alleged anti-logging protesters had been “slammed for using a young child to help block heavy machinery”.

Senator Duniam said he was “disgusted” that “an infant, a toddler [had been] walking around a dangerous worksite where you have got big machinery, spinning blades, trees falling on the ground” at the protest in Gippsland in regional Victoria. 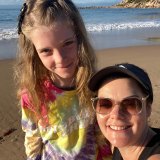 Greens Senator Sarah Hanson-Young and her niece, then aged 6, in South Australia on the weekend of the anti-logging protest in regional Tasmania.

“What concerns me more is this happens to be the niece of an Australian senator, I understand,” he said.

“So, I say to Sarah Hanson-Young and all other Green senators: ‘Clean up your act, and make sure you do what the rest of us think is the right thing to do as parents, don’t put your kid in harm’s way.’”

At the time of the protest, Senator Hanson-Young was spending time with her niece, who was then six years old, in South Australia.

Ms Giles said the broadcast defamed her client by imputing that “she engaged in the disgusting conduct of causing her infant niece to attend a dangerous political protest and endangered the life of her infant niece for her own political advantage”. The claims were “false and completely indefensible,” she said.

Sky News agreed to pay $40,000 plus legal costs, to air an apology during Ms Panahi’s program on Friday evening, and to publish an apology on its Facebook page and a separate corrections page on its website.

In a statement, Senator Hanson-Young said: “To use my family, including my 7-year-old niece, to launch a political attack is gutter politics.

“I was never given an opportunity by Sky News to comment on the entirely false allegations before they were published. Senator Duniam has since apologised, and I am pleased that Sky News has agreed to do so as well.”

“As a family we will donate monies from this apology to the Australian Youth Climate Coalition. Like so many children, my niece cares about our environment and wildlife. She wants adults and leaders to do more to help stop pollution and protect our places of nature,” she said.

Senator Hanson-Young said all MPs had a responsibility to lift the standard of public debate and to “play the issue, not the person”, but media outlets should also “uphold basic standards of journalism and not be a vehicle for the dissemination of false, harmful, political mud-slinging”.