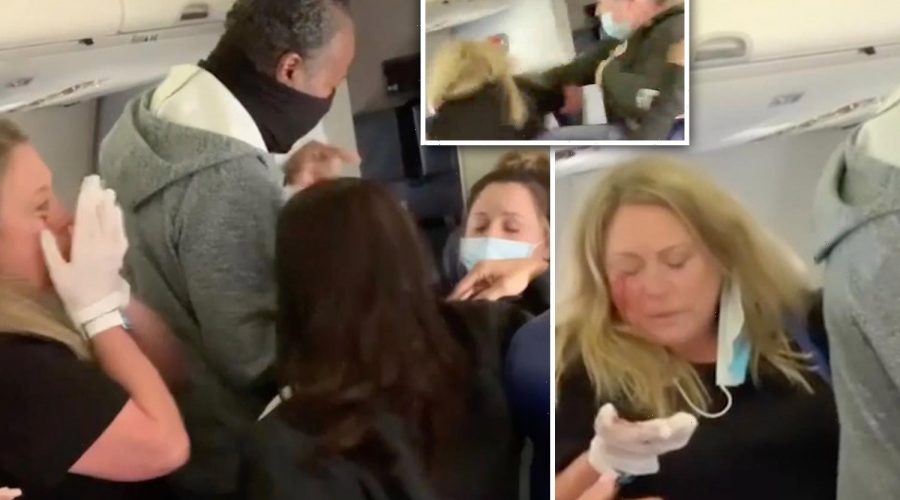 AN AIR hostess had two teeth knocked out when she was punched in the face by a passenger during a row about wearing a seat belt.

Vyvianna Quinonez, 28, has been permanently banned from Southwest Airlines after she went viral for all the wrong reasons when she was filmed in a bust-up with an attendant during a flight from Sacramento to San Diego. 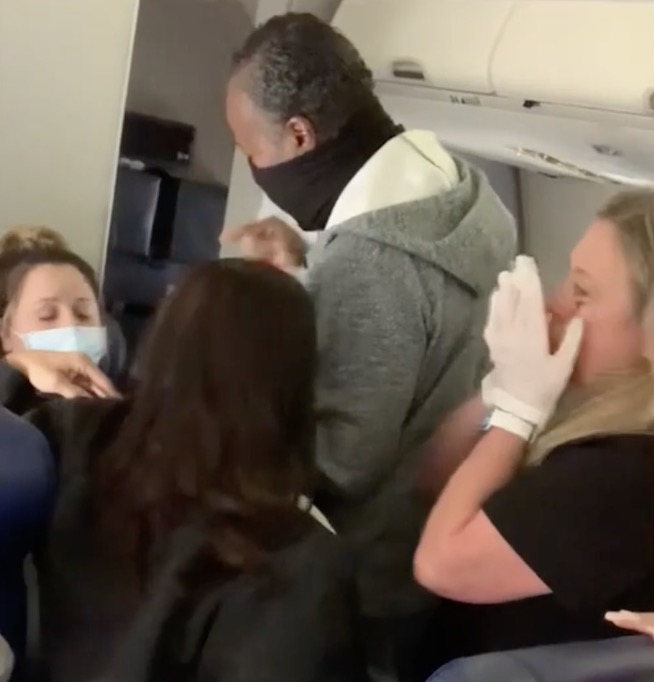 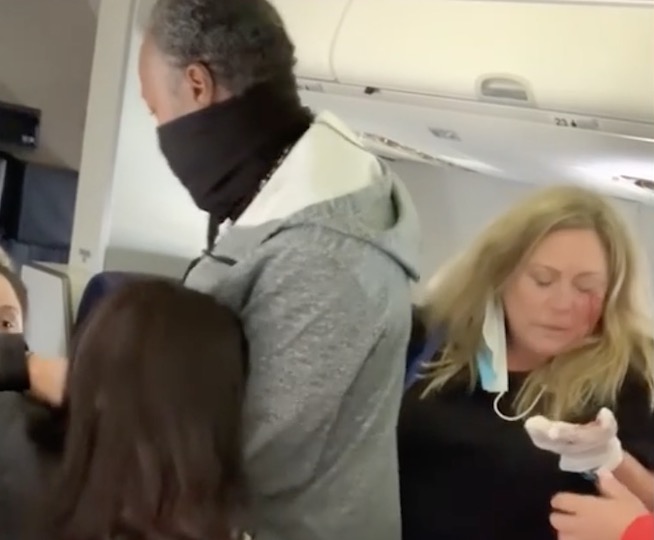 Lyn Montgomery, president of Transport Workers Union Local 556, said the hostess had been "seriously assaulted" on Sunday, "resulting in injuries to the face and a loss of two teeth".

The argument reportedly broke out after Quinonez was told to put on her seat belt.

Chris Mainz, a spokesman for Southwest, said she is now "restricted from ever flying on Southwest Airlines again".

He told NBC she had "repeatedly ignored standard inflight instructions and became verbally and physically abusive upon landing."

Cops were called shortly before 9am on Sunday to San Diego International Airport to a report of a disturbance onboard an incoming flight, and Quinonez was taken into custody.

Police said: "According to witnesses, an altercation between a passenger and a flight attendant had taken place during the flight.

"During the altercation, the passenger struck the flight attendant, causing serious injuries". 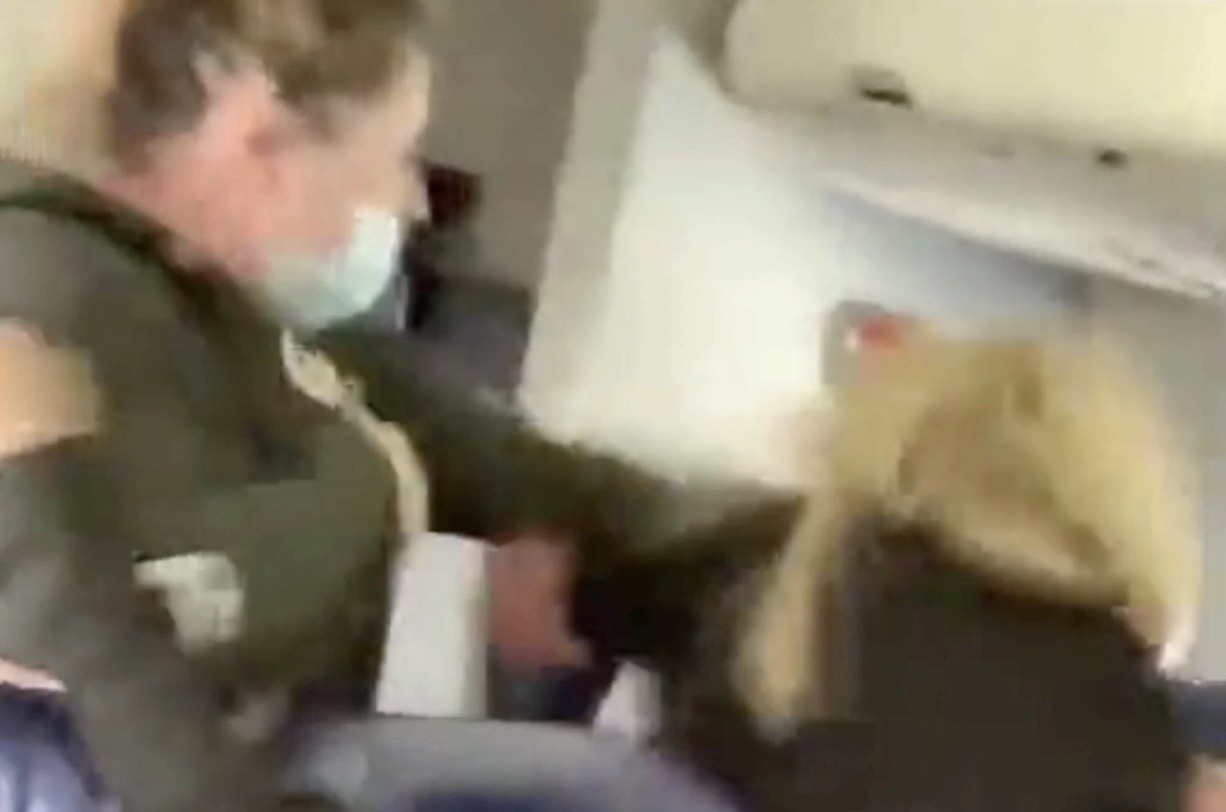 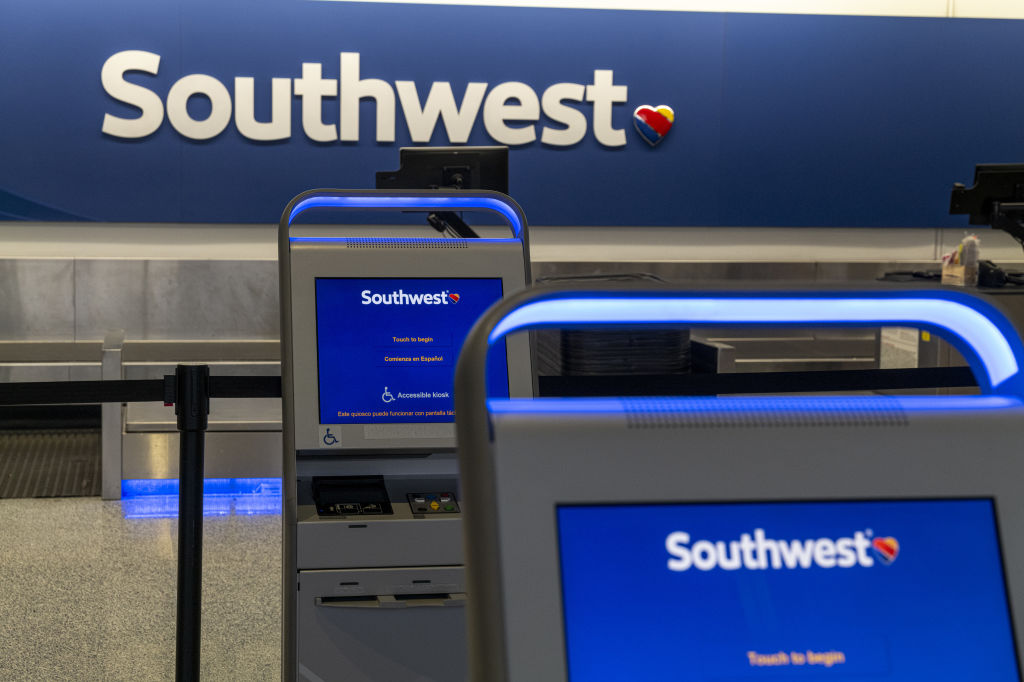 A clip posted on Facebook showed officers escorting Quinonez – dressed in leopard-print leggings and a sweatshirt – from the plane.

But according to one passenger, the confrontation escalated unnecessarily.

Michelle Manner, who was sitting two rows in front of Quinonez, told Fox 40: "It was so unnecessary. In the first altercation, she (the flight attendant) had said that she was going to call the captain."

But Manner claims she instead went back over and put her hands on Quinonez.

"Vyvianna had said to her three times, that we could hear, ‘Get off of me. Quit touching me. Get your hands off of me,’" Manner recalled.

The cabin crew member's union reported that she had lost two teeth during the "assault".

She was taken to hospital for treatment.

In a letter to Southwest CEO Gary Kelly, Ms Montgomery noted the incident was "just one of many".

"This unprecedented number of incidents has reached an intolerable level, with passenger non-compliance events also becoming more aggressive in nature," she wrote.

"This past weekend, one of our Flight Attendants was seriously assaulted, resulting in injuries to the face and a loss of two teeth.

"Unfortunately, this is just one of many occurrences."