Revealed: British spies KNEW who Jihadi John was within hours of his first beheading video by the veins on his knife hand – then US missile reduced him to ‘greasy spot on the ground’

British spies identified Jihadi John within hours of viewing his first beheading video by examining his posture, accent and even the veins in the knife-wielding hand, it had been revealed.

Analysts at GCHQ knew Mohammed Emwazi was the terrorist seen threatening the West after beheading American journalist, James Foley, in scenes that shocked the word when first broadcast in August 2014.

GCHQ used recordings of his voice from previous wire taps taken during a three-year surveillance operation and compared it to the disguised voice used in the ISIS video.

They also examined the way he stood during the clip and compared the pattern of the veins in his left hand that he pointed directly towards the camera with archive photographs.

Emwazi had been under surveillance by MI5 until his disappeared in 2012, before emerging as the ISIS executioner dubbed ‘Jihadi John’ two years later.

GCHQ worked out the identify of ‘Jihadi John’ as Mohammed Emwazi by examining his voice, posture and the veins in his knife-wielding left hand in his ISIS video

MI5 even made an unsuccessful attempt to recruit him as an informant before he fled to Syria.

He was finally tracked down and killed by a US drone strike in November 2015 just in Raqqa as he walked towards a vehicle.

Despite his counterintelligence efforts, such as using encryption, private networks and wiping every computer he used to send messages, Emwazi’s movements were discovered when he contacted his wife and child who lived in Iraq.

US Colonel Steve Warren said at the time that Jihadi John was killed close to midnight, walking along the square in Raqqa while talking on a mobile phone, but as he moved towards a parked car, he was hit by a drone missile.

Col Warren said: ‘I watched the video when we killed Jihadi John. We found him when he was alone on the street, when he was talking on the cell phone. And when it was all over, he was a greasy spot on the ground.’

The hunt for Emwazi The Hunt for Jihadi John Channel 4 and HBO documentary to be aired on May 20. 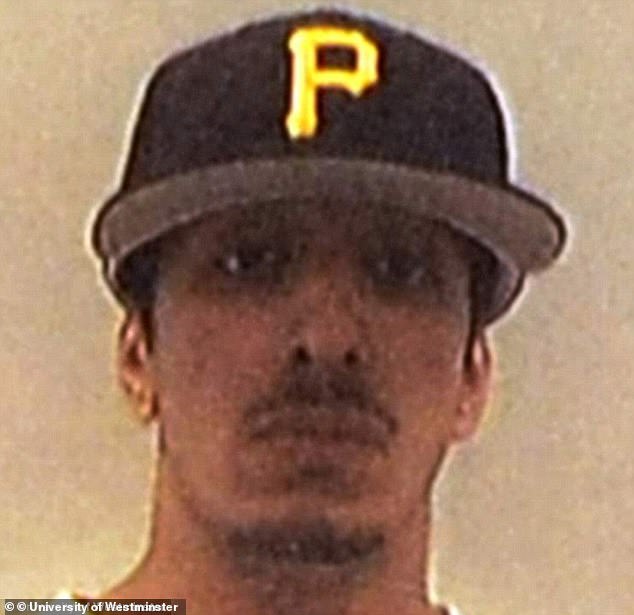 Taking him out became a priority for both British and American security services once his identity became public in February 2016.

Richard Walton, former head of Scotland’s Yard counter-terrorism command, SO15, revealed that British security services and the CIA were desperate to catch Emwazi to stop him using social media to spread ISIS’s message.

He told the Times: ‘With each video there was a sense of – this is getting slightly out of control. How is it that we are losing the power dynamic here?’

Kuwaiti-born Emwazi arrived in Britain when he was six years old and appeared to embrace British life, playing football in the affluent streets of west London and supporting Manchester United.

Neighbours said he was a polite, quietly spoken, shy boy who was studious at his Church of England school, where he was the only Muslim pupil in his class.

He was also reportedly bullied at his secondary school, Quintin Kynaston Community Academy, in St John’s Wood, north London, for having bad breath.

It was only after he won a place studying computing at the University of Westminster that his behaviour began to change.

The university has since been linked with several proponents of radical Islam, and Emwazi appeared to have fallen under their sway. 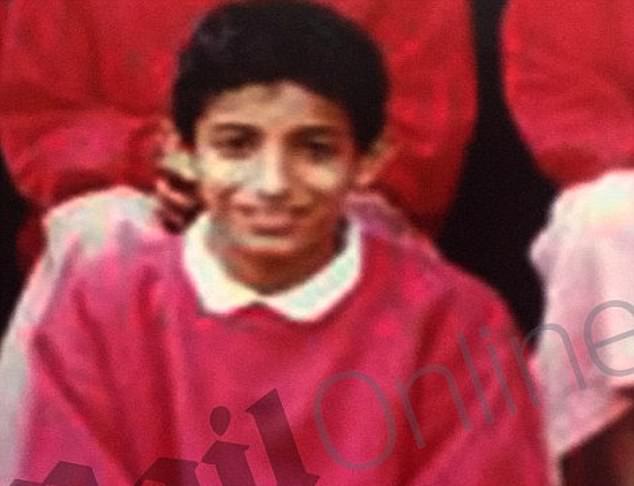 Emwazi was described as a quietly spoken, shy boy, who was studious at his Church of England school, where he was the only Muslim pupil in his class

He began attending different mosques and was known to associate with Bilal el-Berjawi, who was killed by a drone strike in Somalia three years ago.

In August 2009, after his graduation, Emwazi flew to Tanzania in East Africa with friends and told authorities they were going on a wildlife safari.

But the group was refused entry and put on a plane to the Netherlands, where Emwazi later claimed he was questioned by an MI5 agent called ‘Nick’.

Emwazi’s hatred of the West stemmed from the perceived injustice of how he was dealt with by MI5 and Scotland Yard. 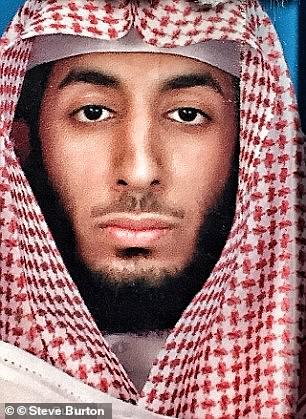 After the video of Foley was posted, Emwazi posted two more clips of brutal beheading, the first of another American journalist – Steven Sotloff – and the other of British aid worker David Haines.

Robert Hannigan, a former director of GCHQ, the British signals intelligence agency, said it was Emwazi’s voice and his British accent that was key to unveiling his identity.

He told the Times: ‘We had a race to find out who he was – his size, his hands, but, above all, his voice, made identifying him quite easy.’

His ‘pattern of movement’ was also discovered as he sent messages to his wife and child who were in Iraq.

Last month it was revealed a ringleader of Sri Lanka’s Easter massacre was ‘mentored’ by the group of notorious British ISIS fighters that included Emwazi who were known as ‘the Beatles’, when travelling to Syria to prepare for the attacks.

Abdul Lathief Jameel Mohamed, 36, who is considered by western intelligence agencies to be one of the plot’s ringleaders, blew himself up at the Tropical Inn in Colombo on Easter Sunday.