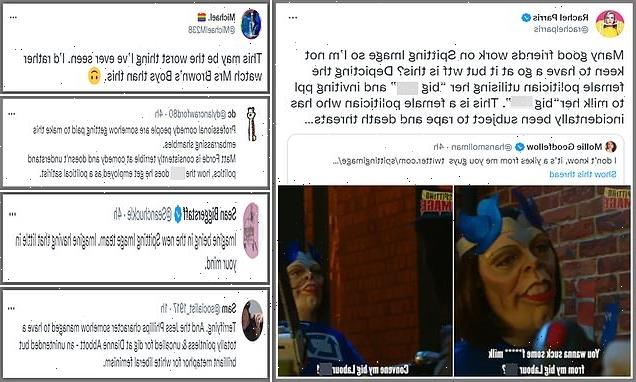 Television programme Spitting Image has faced a major backlash for a ‘horrible’ sketch which presents Jess Phillips as a superhero who uses her ‘big v*g’ and ‘big t*ts’ to fight crime – despite the Labour MP previously being the target of death and rape threats.

The four-minute clip depicts the MP for Birmingham Yardley as ‘Viral’, an ‘annoying outspoken feminist superhero who wants to make Labour more electable’.

Comedian Rachel Parris, who says she has good friends who work on the show, described it as ‘f***ing horrible’. 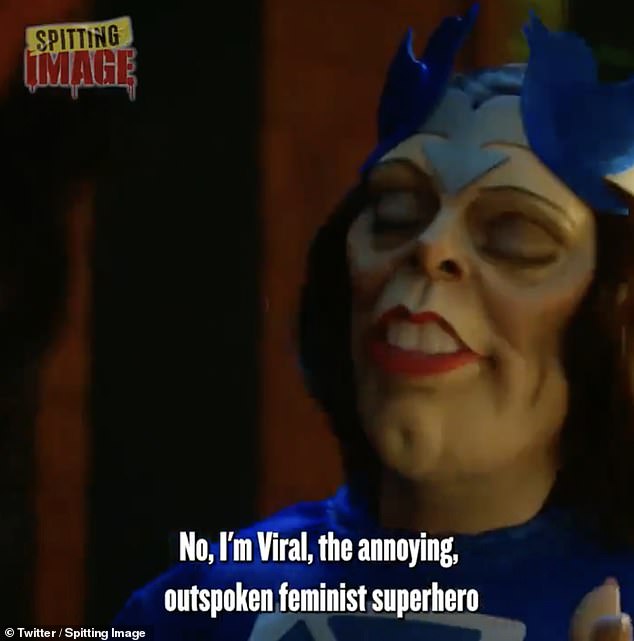 The writers of Spitting Image have faced a backlash after depicting Jess Phillips, the Labour MP for Birmingham Yardley, as ‘annoying, outspoken feminist superhero’ who uses her ‘big v*g’ and ‘big t*ts’ to fight crime 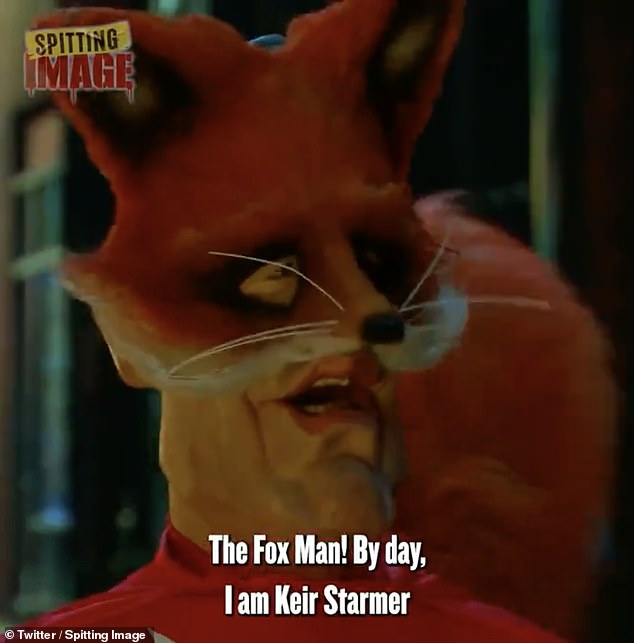 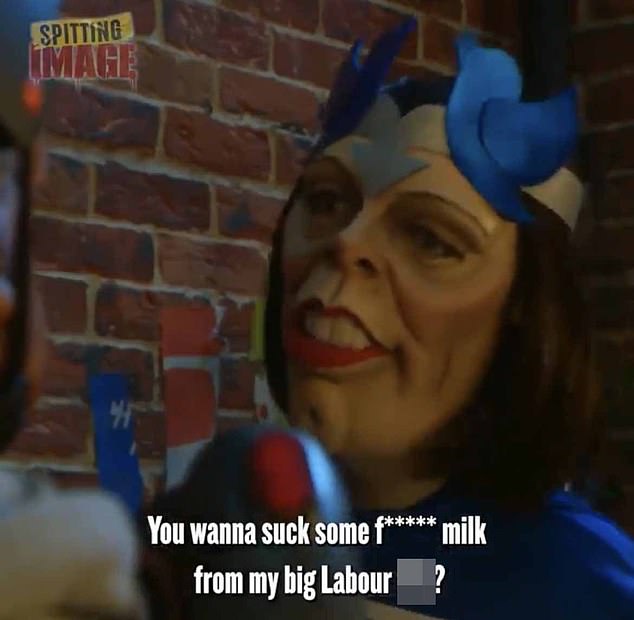 Writers of the sketch were mocked online. One Twitter user wrote: ‘Professional comedy people are somehow getting paid to make this embarrassing shambles’

Ms Phillips’ character is seen entering the clip after party leader Sir Keir Starmer – presented as ‘Fox Man’ – fails to stop a man being robbed of his scooter at night.

She then pulls a chainsaw, referred to by the writers as her ‘big Labour v*g’,  and chops the man’s scooter in half.

Telling the ‘adult man’ he ‘should not be riding a scooter like a baby’, her character adds: ‘You wanna suck some f***ing milk from my big Labour t*ts?’

Ms Phillips, who writers of the sketch accuse of always being on Twitter, has yet to respond to the clip on social media since it was posted almost 24 hours ago.

Sir Keir has also not publicly commented on the clip.

Many took to social media to condemn the sketch, particularly as mother-of-two Ms Phillips has previously told how she was bombarded by 600 online rape threats in a single night. 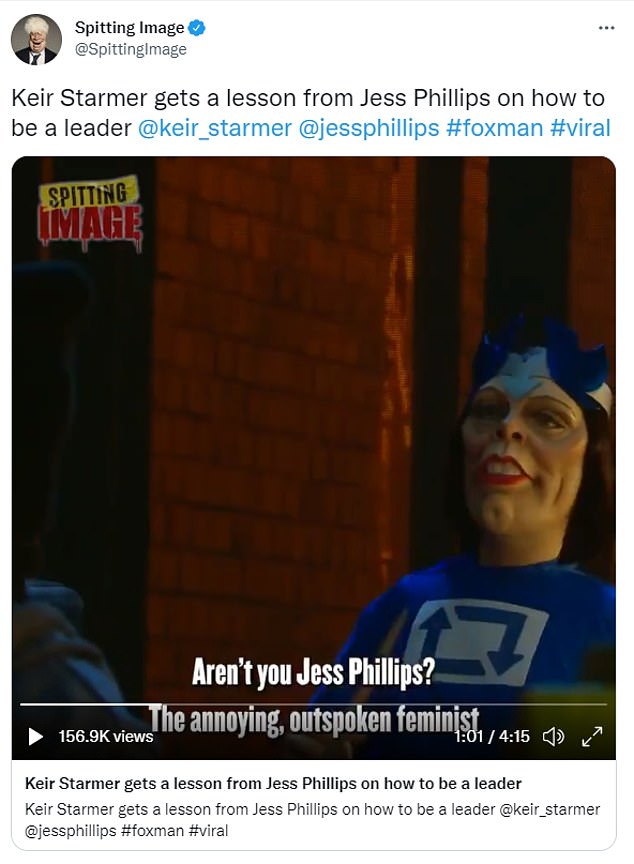 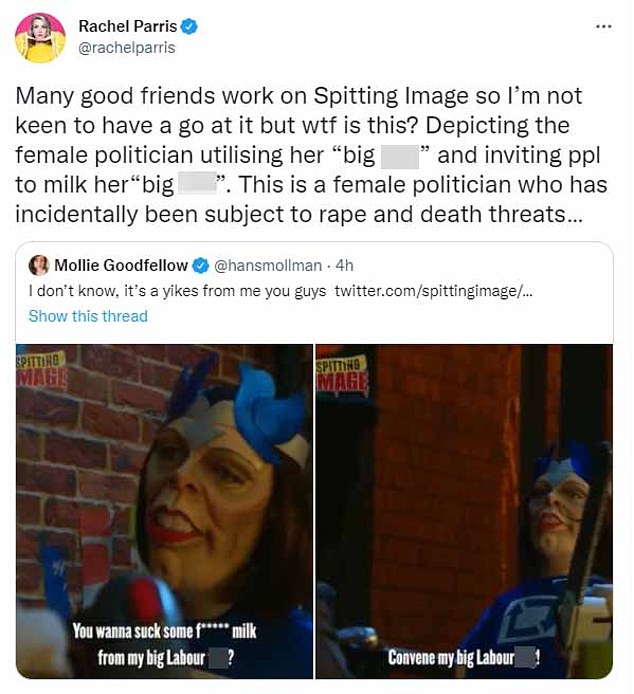 Ms Parris added: ‘Many good friends work on Spitting Image so I’m not keen to have a go at it but wtf is this?

‘Depicting the female politician utilising her “big v*g” and inviting ppl to milk her “big t*ts”.

Others pointed out the particularly bad timing of airing a comedy sketch which shows ‘people interrupting a crime at night’ and making sexualised ‘joke’ references so soon after Wayne Couzens was jailed for life for the murder of Sarah Everard, who he kidnapped in Clapham, and the murder of Sabina Nessa, who was killed as she walked to a meet a friend in London.

Both women were attacked at night.

TV writer Mollie Goodfellow, who shared the Spitting Image clip, tweeted: ‘The optics of people interrupting a crime at night after the last week and then including overtly grim sexualised “joke” references is a bit, uhhhh’.

Writer James Greig added: ‘It’s so weird how it simultaneously posits her as a kind of bad-ass who gets the job done while also just being rankly misogynistic?

‘Such a strange and I think revealing combination!’

Another user asked whether the sketch show – which returned in 2020 and airs on BritBox – was ‘always f*** awful’ or whether it was a recent development.

One user took a swipe at comedian Matt Forde, a writer on the show and voice to some of the puppets, and said: ‘Professional comedy people are somehow getting paid to make this embarrassing shambles.

‘Matt Forde is consistently terrible at comedy and doesn’t understand politics, how the f*** does he get employed as a political satirist.’

In 2018, Ms Phillips told the Cheltenham Science Festival, she is inundated with threatening and abusive messages ‘every single day’.

She said: ‘In one night I received 600 rape threats. It was probably more, but I stopped counting.

‘To try and subvert that, I received thousands of comments from people saying “I wouldn’t even rape her”.

‘I have suffered all of those things and I have to say I don’t feel I am physically in any danger and I don’t think my children are in any danger.

‘However, where it does worry me, and I think we have to do something about, is when it affects our democracy. 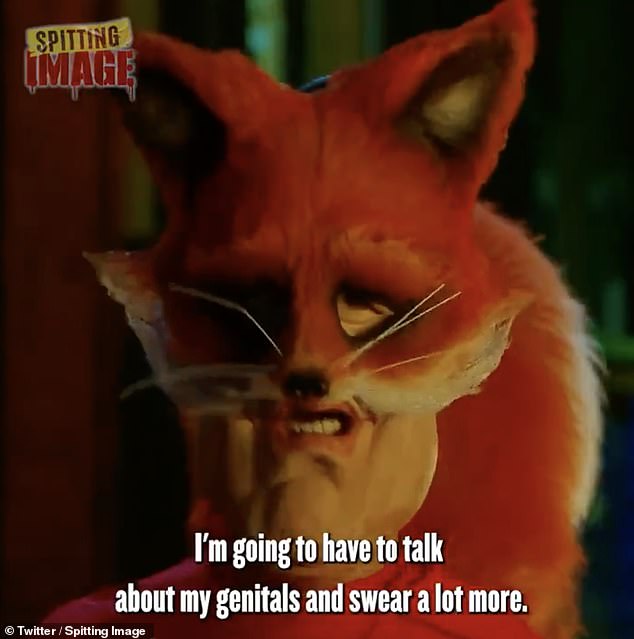 Later in the Spitting Image clip, Sir Keir’s character says: ‘I learned a valuable lesson. If I’m going to save this nation from the forces of darkness I’m going to have to talk about my genitals and swear a lot more’ 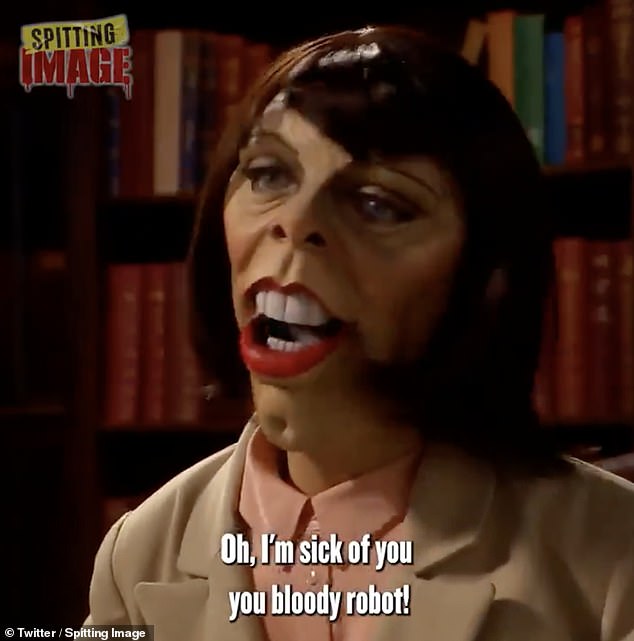 ‘I personally have come to the viewpoint that I don’t think people should be allowed to be completely anonymous online anymore. I don’t mind if people appear anonymous online for all sorts of really reasonable reasons.’

Later in the Spitting Image clip, Sir Keir’s character says: ‘I learned a valuable lesson. If I’m going to save this nation from the forces of darkness I’m going to have to talk about my genitals and swear a lot more’ before Ms Phillips’ character returns and talks about ‘Diane Abbott’s t*ts’.