A MAN was found slumped on a bus after being knifed in front of horrified commuters in the capital this morning.

Police rushed to Plumbstead station in Greenwich, South East London, after reports of a fight unfolded just after 7am today. 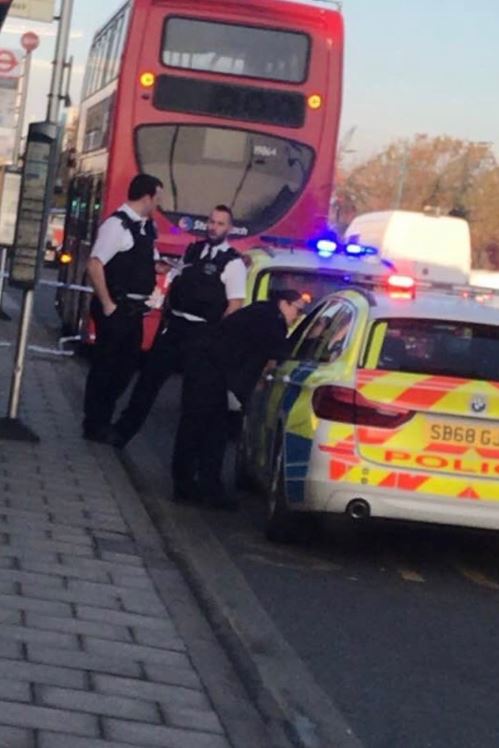 It is understood a man was stabbed before leaving the scene on a bus about 7.18am.

Emergency services then found the injured man on the route 472 bus with a stab wound.

He was rushed to hospital, where his condition is not considered life-threatening.

A Met Police spokesperson said: "At this early stage there have been no arrests."

It comes as London remains in the grips of a horrific spate of knife crime.

The capital's knife crime is at a record high – with more than 15,000 offences recorded.

So far this year, more than 110 murder investigations have been launched in the capital by Met and British Transport Police.

Last year was London's bloodiest in a decade when the number of homicides reached 132.

Recent data revealed that 16 of the 20 most dangerous places in England and Wales for serious knife crime were in London.

The areas most plagued by knife crime include Westminster, Haringey and Islington.

Anyone who witnessed this incident but has not yet spoken with police is asked to call police on 101 quoting 1199/8NOV, Tweet @MetCC or call Crimestoppers anonymously on 080 555 111.