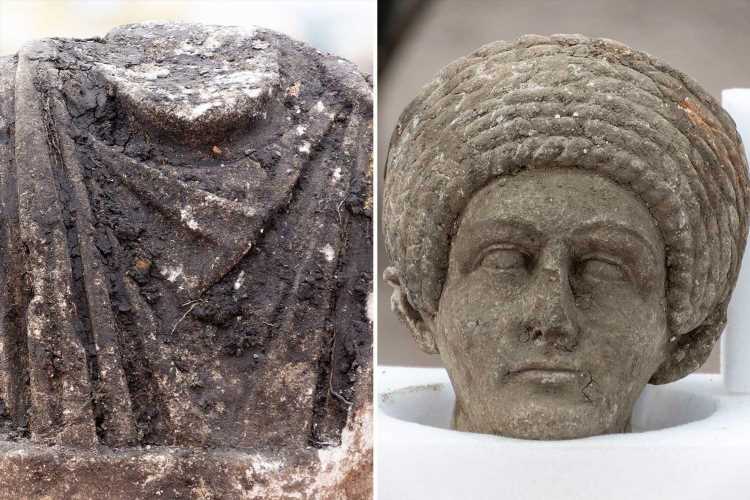 STATUES of a Roman family from 2,000 years ago have been found for the first time in Britain.

Busts of a man, woman and child were uncovered by experts working as part of the HS2 development. 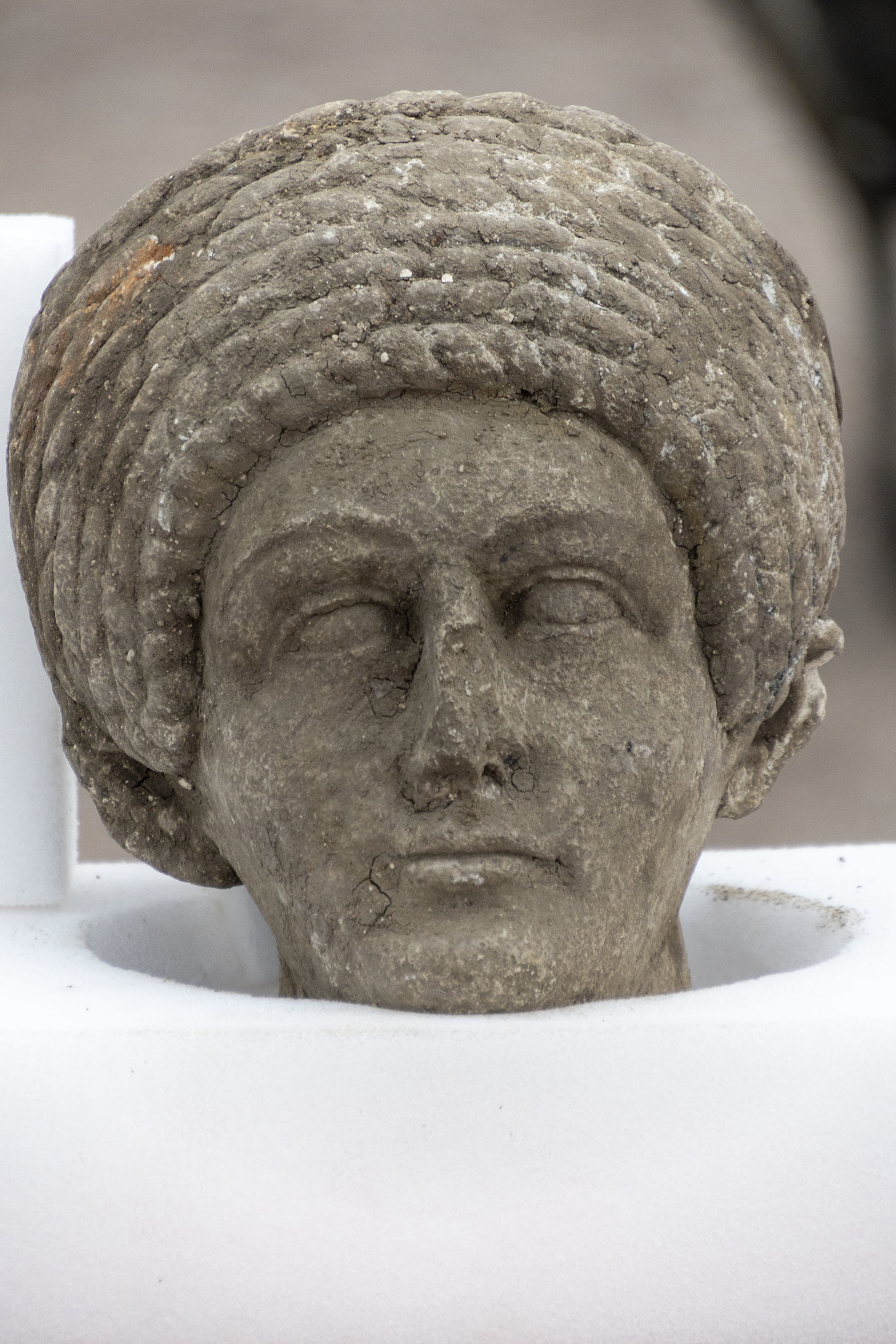 Statues of such a Roman ­family have never been dug up in the UK before, archaeologists say.

It is thought the stone sculptures represent a well-off household from before the Romans left Britain in 410AD.

Archaeologist Dr Rachel Wood told The Sun: “We have not been able to find another example of this sort of find.

“It is incredibly exciting — it was a complete and utter ­surprise.

3Normally when you find Roman sculpture in the UK, it is of a god or an emperor.

“But here we have an adult man, a woman and what looks like a little girl, in what appears to be a family. It is remarkable, a once-in-a-lifetime discovery.”

History buffs also discovered a well-preserved hexagonal glass jug, of which large pieces were still intact, at the site of a Norman church in Stoke Mandeville, Bucks.

The high-speed railway project’s lead archaeologist, Mike Court, said: “These extraordinary Roman statues are just some of the incredible artefacts uncovered between London and the West Midlands.

“HS2’s unprecedented archaeology program has given us new insights into Britain’s history, providing evidence of where and how our ancestors lived.”

29/10/2021 World News Comments Off on Statues of Roman family from 2,000 years ago discovered for first time in Britain
Lifestyle