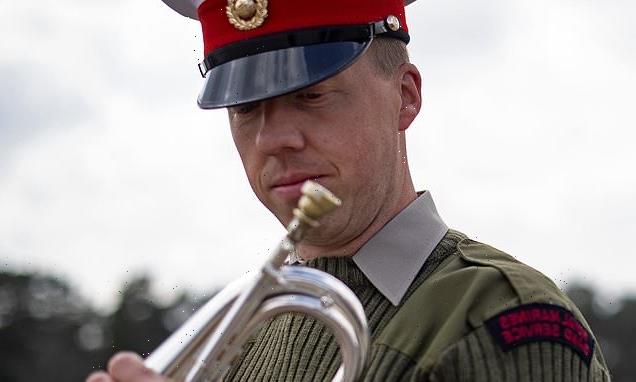 Action stations! Stirring bugle call will be heard at Prince Philip’s funeral… at his personal request 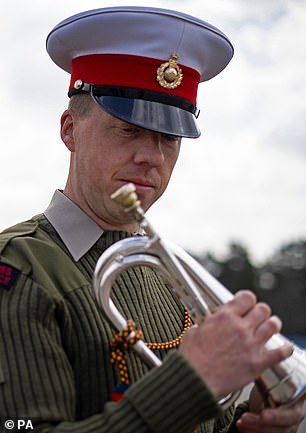 Action Stations, which is sounded on naval warships to signal all hands must go to battle stations, will be played at the Duke of Edinburgh’s funeral at his specific request.

Buglers of the Royal Marines will perform the wartime alert in honour of Philip’s active service in the Royal Navy during the Second World War.

The Last Post will also be played to signify ‘a soldier has gone to his final rest’.

Towards the end of the service, the four buglers will be led by Royal Marine Sergeant Bugler Jamie Ritchie, 31.

The duke wanted the call to echo around the vast 15th century St George’s Chapel at his funeral.

A Palace spokesman said: ‘It is a fitting testimony to remind many people who might not realise that the duke saw active service in the Second World War aboard a ship in the Royal Navy.’

A senior Palace official said: ‘Action Stations is a naval tradition and it is an announcement that would be made on a naval warship to signify that all hands, all those serving, on that warship should go into battle stations.’

The duke, who died on Friday aged 99, was mentioned in despatches for his service during the war.

He was a midshipman aboard HMS Valiant off the southern coast of Greece when he earned his honourable citation.

Had the duke not married Princess Elizabeth, the future Queen, some believe he would have become First Sea Lord, the professional head of the Royal Navy.

Action Stations will be sounded near the end of service.

The Dean of Windsor will give the Commendation as the coffin is lowered into the Royal Vault, beneath the Quire, using a mechanical motor. 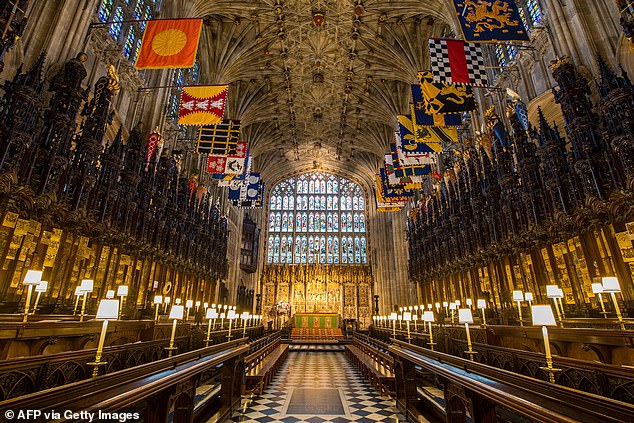 The Garter Principal King of Arms will then proclaim Philip’s Styles and Titles from the Sanctuary.

A Lament will then be played by a pipe major of the Royal Regiment of Scotland, and the Last Post will be sounded by Buglers of the Royal Marines from the west end of the Nave.

After a period of silence, the Reveille, used to wake the military at sunrise, will be sounded by the State Trumpeters of the Household Cavalry from the west end of the Nave.

The Buglers of the Royal Marines will sound Action Stations, which will be followed by the Archbishop of Canterbury’s Blessing and the singing of the National Anthem by the four members of the choir only.