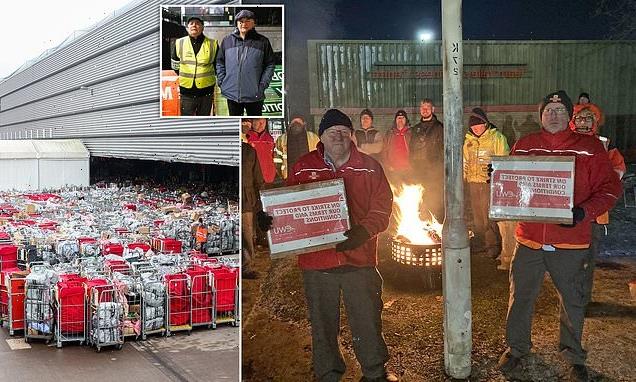 Christmas cards and parcels have began piling up as Royal Mail workers prepare to mount picket lines outside sorting and delivery offices on Wednesday.

It comes on the second day of severe rail disruption as up to 40,000 RMT union members staged their first 48-hour strike yesterday, with around half of the UK’s rail lines closed.

Ministers will convene an emergency Cobra meeting this morning ahead of further rail strikes and an unprecedented nurses strike tomorrow after talks with the Government broke down. 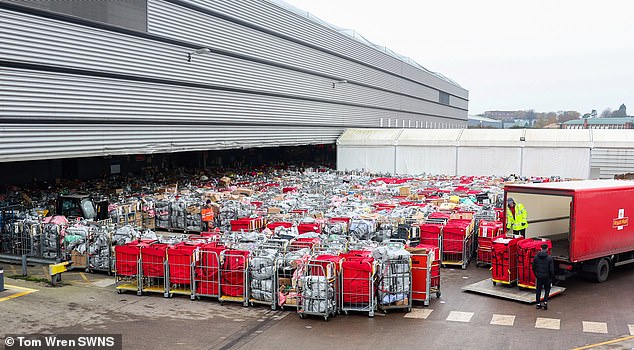 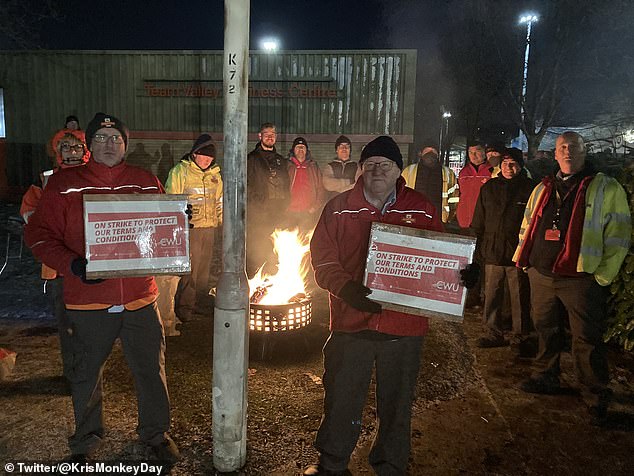 Two further Royal Mail walkouts are planned for December 23 and December 24, in an increasing bitter dispute over pay, jobs and conditions.

Royal Mail has brought forward the final posting dates for Christmas cards because of the industrial action.

The wave of strikes billed the ‘December of discontent’ is bringing untold misery on hard-working Britons in the run-up to Christmas.

Business owners say that their festive trading period – one of the busiest throughout the year – is being hit hard by disruption to critical services.

Pip Heywood, managing director at Thortful, said that postal strikes are costing them between £30,000 to £50,000 per day. 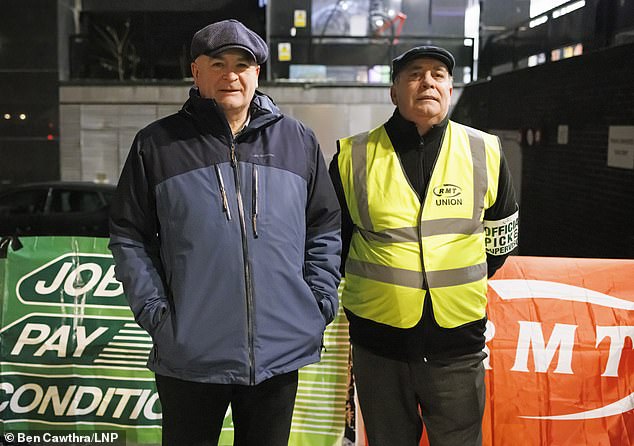 The online greeting card marketplace is heavily reliant on Royal Mail, with around 80 per cent of its products being sent out via the postal service.

Speaking to BBC Radio 4’s Today programme, Ms Heywood said: ‘Each day of the strike is costing Thortful between 30-50k per day, and Christmas trading has been hugely hit.

‘We can see dramatic drops in trade on the days where we’ve had to advise customers of the extended delivery windows, we’ve seen Thortful customer inquiries triple.

‘Luckily our customers know how reliable we usually are but delivery reliability is so much worse than even during Covid now.

‘It means we’ve had to staff up to protect our customers so its not just hitting revenue, its adding cost and also causing brand damage.’

She added: ‘We’re estimating [the strikes] will cost Thortful in the region of £1 million.’

It is estimated that around a third of people will be delivering their Christmas cards by hand this year due to the postal strikes.

The Greeting Card Association (GCA), which represents card manufacturers, retailers and distributors, has found that 32 per cent of people are ‘changing their habits’ and hand-delivering cards this year due to the ongoing industrial action.

It comes as photographs emerged showing thousands of Christmas cards and parcels piling up outside of Royal Mail centres as industrial action threatens Christmas postal dates. 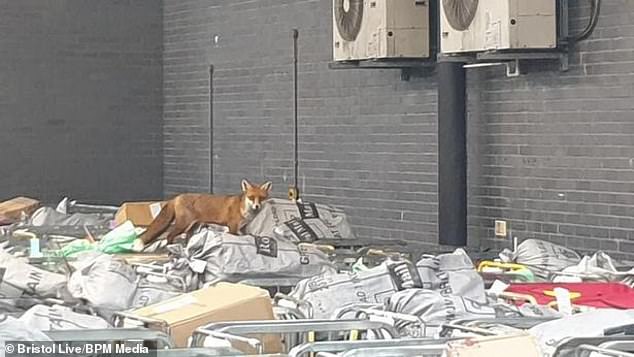 A fox pictured at the Royal Mail depot in Bristol

But there are reports that undelivered parcels left outside the Royal Mail’s depot in Bristol have attracted rats and foxes, who are chewing through the piles left outside in the elements.

A union member at the site told The Telegraph: ‘The packages have now attracted rats and other animals, including a fox.’

Another local CWU official told the publication: ‘Things are being left out in the open at Bristol Mail Centre and I believe it’s the case that vermin and other animals are having a go.’ 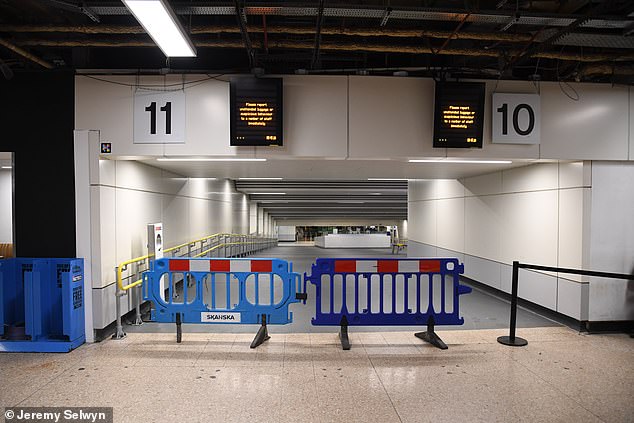 Rail strikes are taking place for a second day, with a further 48-hour walkout planned later this week