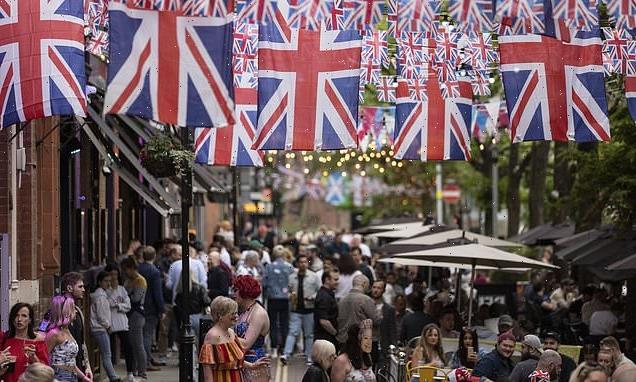 Calls are growing for an annual bank holiday to celebrate the memory of Queen Elizabeth II.

Campaigners, historians and MPs have added their support alongside a 140,000-strong petition.

Historian and broadcaster Dan Snow backed the campaign, saying: ‘We haven’t always been great as a country at celebrating what binds us together.

‘This is a moment to change that and create a day that will represent the principles of togetherness and service that Her Majesty personified.’ 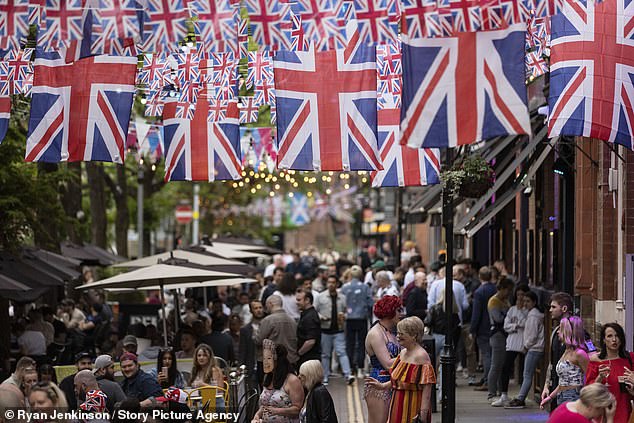 Calls are growing for an annual bank holiday to celebrate the memory of Queen Elizabeth II. Pictured: Manchester on the Jubilee bank holiday in June

Tobias Ellwood, chairman of the Commons defence committee, who successfully campaigned for the tower which houses Big Ben to be named the Elizabeth Tower to mark her Diamond Jubilee, said: ‘The day would be a permanent reminder of our gratitude for an incredible reign and dedicated life of service.’

Labour MP Khalid Mahmood said: ‘We should continue to pay tribute to the Queen, our longest-reigning monarch, and ensure her selflessness and commitment to service remains an inspiration.

‘An annual day of love and celebration is the least she deserves and I would fully support it.’

Rother Valley Conservative Alexander Stafford said that a dedicated day would be a time that ‘we can all use to reflect on her amazing reign’.

Campaigner Brendan Cox, whose wife Labour MP Jo Cox was murdered, said: ‘The Queen brought our country together throughout her life. 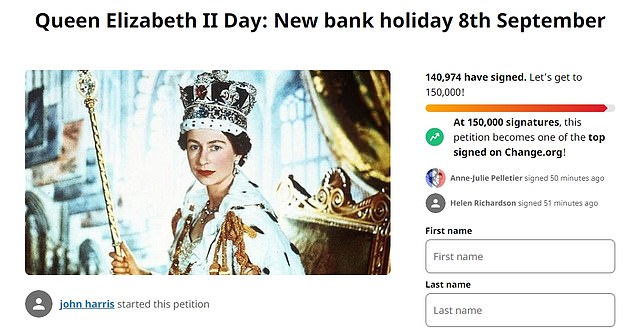 A petition signed by nearly 140,000 people is also urging the government to introduce a bank holiday to honour ‘the world’s most popular ever monarch’

‘There can be no more fitting tribute than to create a day in her honour that continues her legacy of connecting us all and reminding us of what we have in common.’

A petition signed by nearly 140,000 people is also urging the government to introduce a bank holiday to honour ‘the world’s most popular ever monarch’.

Organiser John Harris wrote: ‘Britain has fewer bank holidays than most European countries; France has 11 compared with our 8, Spain has 14.

‘I believe we need a new public bank holiday to mark our greatest Sovereign’s lifetime; a Queen Elizabeth Day.

‘A day for our Nation to come together and celebrate both the life of the Queen, and our gratitude for the institution of our Royal Family.’