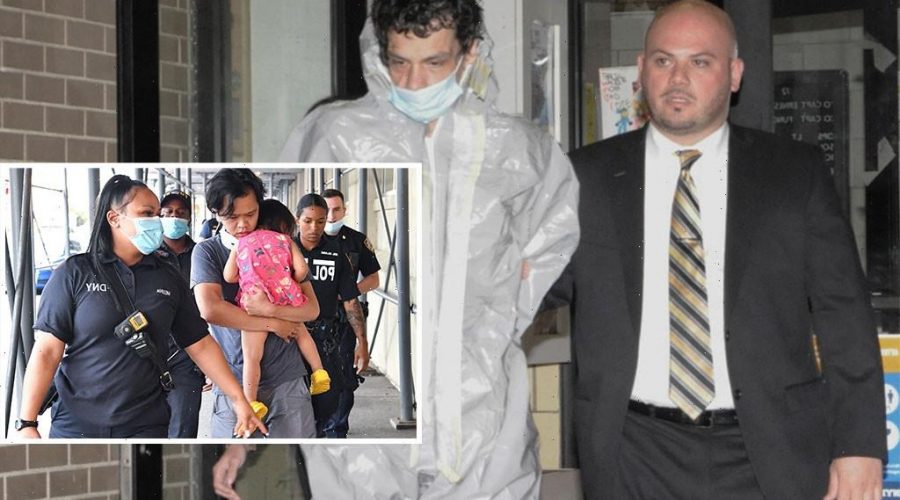 A man from New Hampshire has been arrested and charged for allegedly stealing a car with a 2-year-old girl inside in Brooklyn on Friday.

Tyler Hall, 33, was hit a slew of charges in the harrowing incident, including robbery, vehicular assault, grand larceny, reckless endangerment, unauthorized use of a vehicle, unlawful imprisonment and acting in a manner injurious to a child.

Wearing an ill-fitting white plastic hazmat suit and a surgical mask, Hall remained tight-lipped as he was walked out of the NYPD’s 72nd precinct on Friday night.

He’s accused of swiping a gray Honda Pilot, with the toddler in tow, near 30th Street and 3rd Avenue in Sunset Park at around 3:40 p.m.

The child was missing for over an hour and found unharmed near Brooklyn Bridge Park, where the suspect was arrested.

Police sources said Hall hijacked the vehicle as one of her parents was attempting to enter it. He did not display a weapon, the sources said.

It wasn’t clear if Hall knew the child, whose photo was tweeted out by police.

The carjacking took place right across the street from the Metropolitan Detention Complex, a federal jail for criminals awaiting trial.