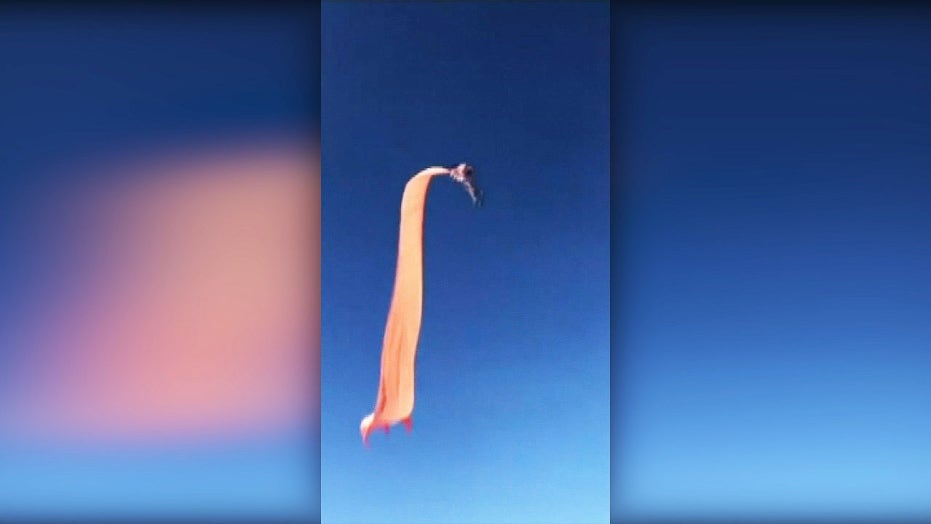 A toddler was caught in the strings of a kite and swept several feet into the air over the heads of panicked adults at a festival in Taiwan on Sunday.

The 3-year-old girl was taking part in the Hsinchu City International Kite Festival in the seaside town of Nanlioao when she became entangled with the long tail of a giant orange kite.

Gusty winds whisked the girl into the air and violently whipped her around above a crowd of screaming adults, according to video from the scene.

The unidentified girl remained in the air, rising and falling with the wind, for about 30 seconds before adults were able to grab her and pull her back to earth, according to Taiwan English News. 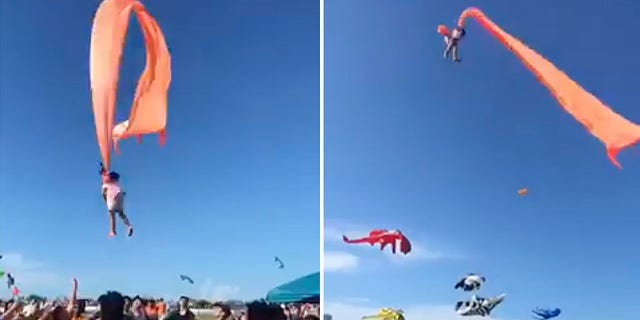 A 3-year-old girl was lifted into the air by a large kite during a kite festival in Hsinchu, northern Taiwan, on Sunday. The wind slowed down and the girl was safely recovered by adults on the ground. (Credit: Dainese Hsu)

The girl was not seriously hurt, suffering some bruising to her face and neck, and slight cuts to her neck, the outlet reported, citing Taiwan newspaper Apple Daily.