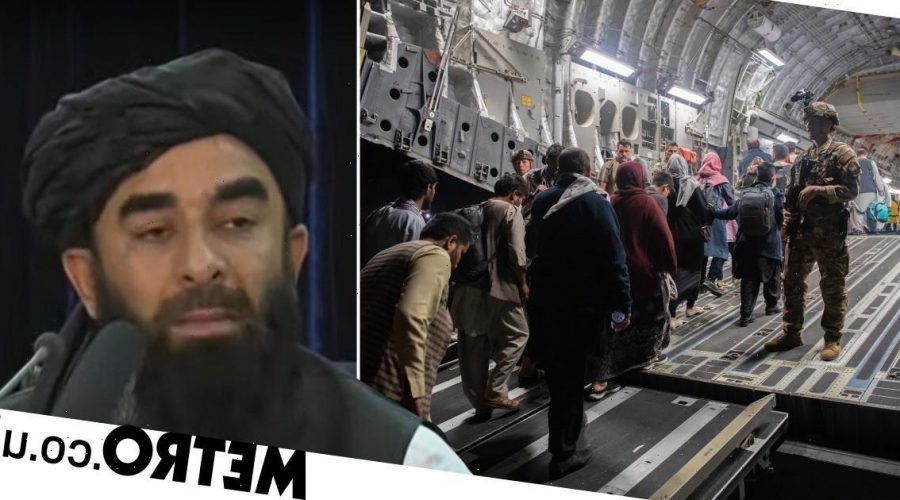 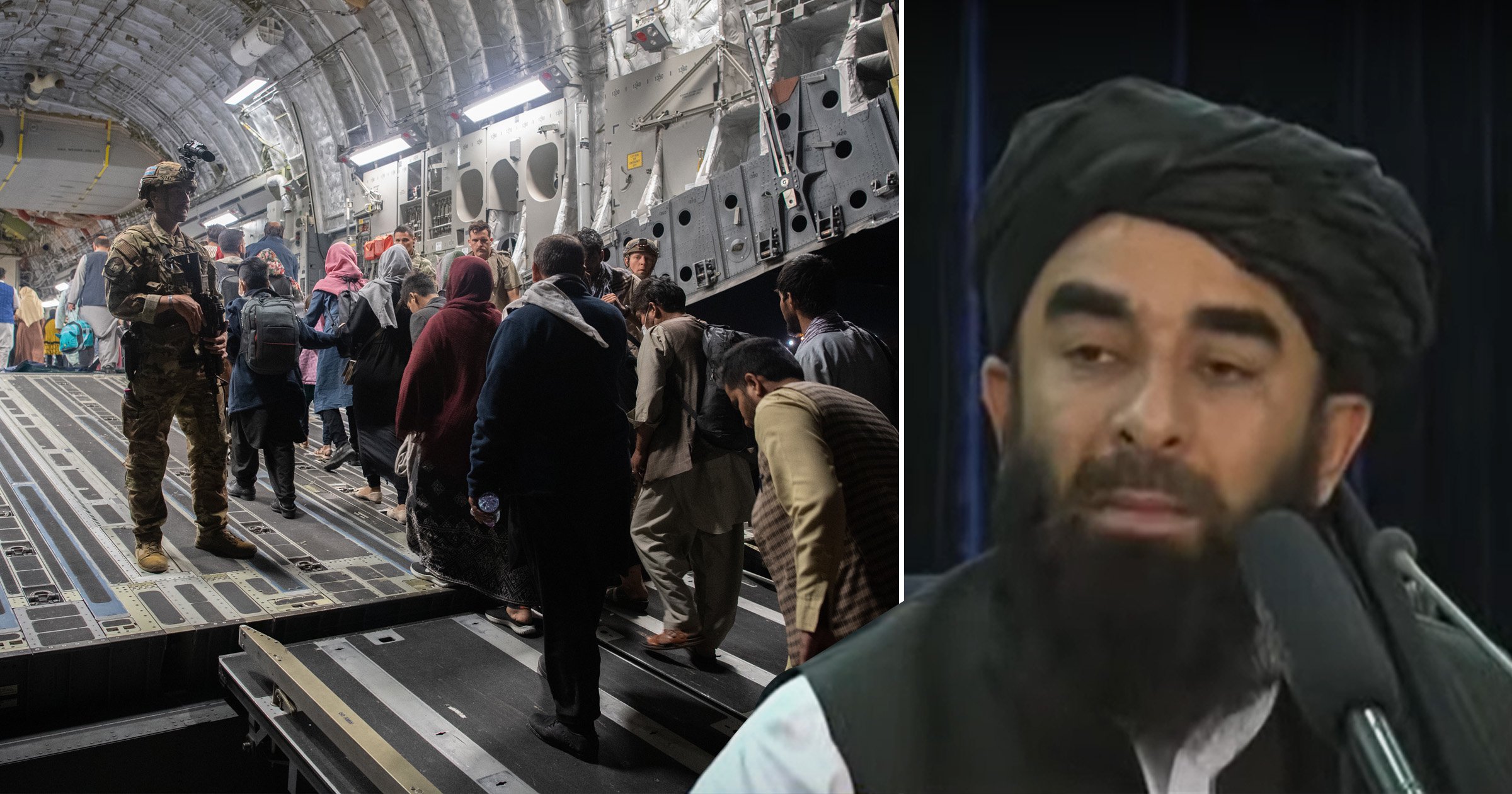 A Taliban spokesman has said the US must complete evacuations from Afghanistan by the August 31 withdrawal date, with ‘no extensions’.

The group held a press briefing in which Zabihullah Mujahid said that Afghans should no longer try to go to the airport or leave the country.

He said there should be time before the deadline for foreigners to leave, but he was ‘not in favour’ of allowing Afghans to do so.

The security situation at the airport was not safe, he said, and people should remain at home, appearing concerned about a possible brain drain.

He urged Americans ‘don’t ask Afghans to leave’ as ‘we need their talent’.

During a press conference in Kabul, he said: ‘August 31 is the time given and after that it’s something that is against the agreement.

‘All people should be removed prior to that date.

‘After that we do not allow them, it will not be allowed in our country, we will take a different stance.’

The Taliban, which swept to power last week in the wake of America’s major withdrawal of troops, previously suggested that foreign forces remaining past the deadline would cross a ‘red line’ that will ‘provoke a reaction’.

Britain has evacuated 8,600 people from Afghanistan in the past 10 days, including more than 2,000 in the previous 24 hours, according to the Defence Secretary.

The Taliban, which previously banned girls from attending school when they last ruled the country 20 years ago, have pledged to be more moderate this time, saying they will not seek revenge against those who supported the US-backed government.

However, Boris Johnson said that they ‘will be judged by their deeds and not their words’.

Leaders of the G7, which includes the US, UK, Canada, France, Germany, Italy and Japan, are further expected to discuss aid and the burgeoning refugee and humanitarian crises.

Ahead of the summit, six chairs of foreign affairs committees in G7 parliaments issued a joint statement urging against ‘arbitrary dates’ for ending military support for the evacuation.

Signed by Bob Menendez, a US senator in Mr Biden’s Democratic Party, and the senior Tory MP Tom Tugendhat, they also urged against ‘artificial caps on the number of evacuees’.

Sir Mark Lyall Grant, a former national security adviser, said it was ‘totally unrealistic’ to think there could be an extension to the deadline without the Taliban’s consent.

‘The Taliban could stop this evacuation process in one hour’s time if they started firing missiles at departing planes, if they lobbed a mortar into the airport, so this evacuation is happening with the cooperation of the Taliban,’ he told BBC Radio 4’s World at One.