THE TALIBAN has unveiled its twisted suicide bomber squadron to 'fulfil God’s will' as fears of attacks on the West grow.

The extremist group released disturbing new footage of some of its followers parading a Taliban flag around an undisclosed base in Afghanistan. 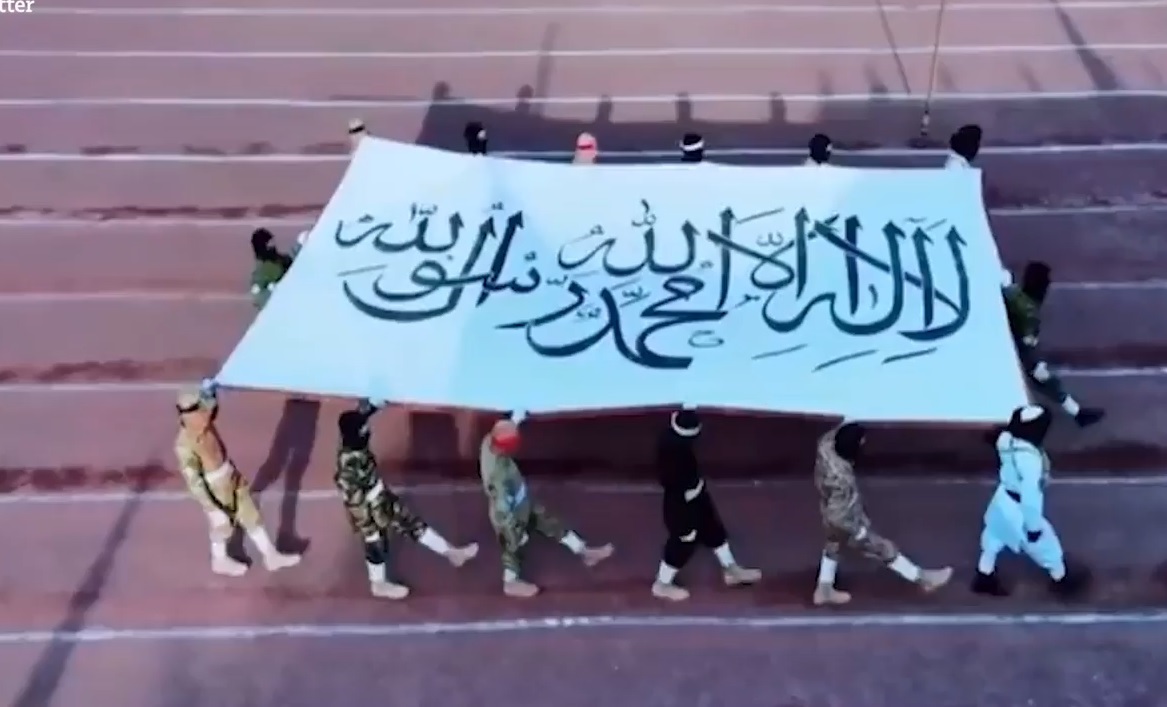 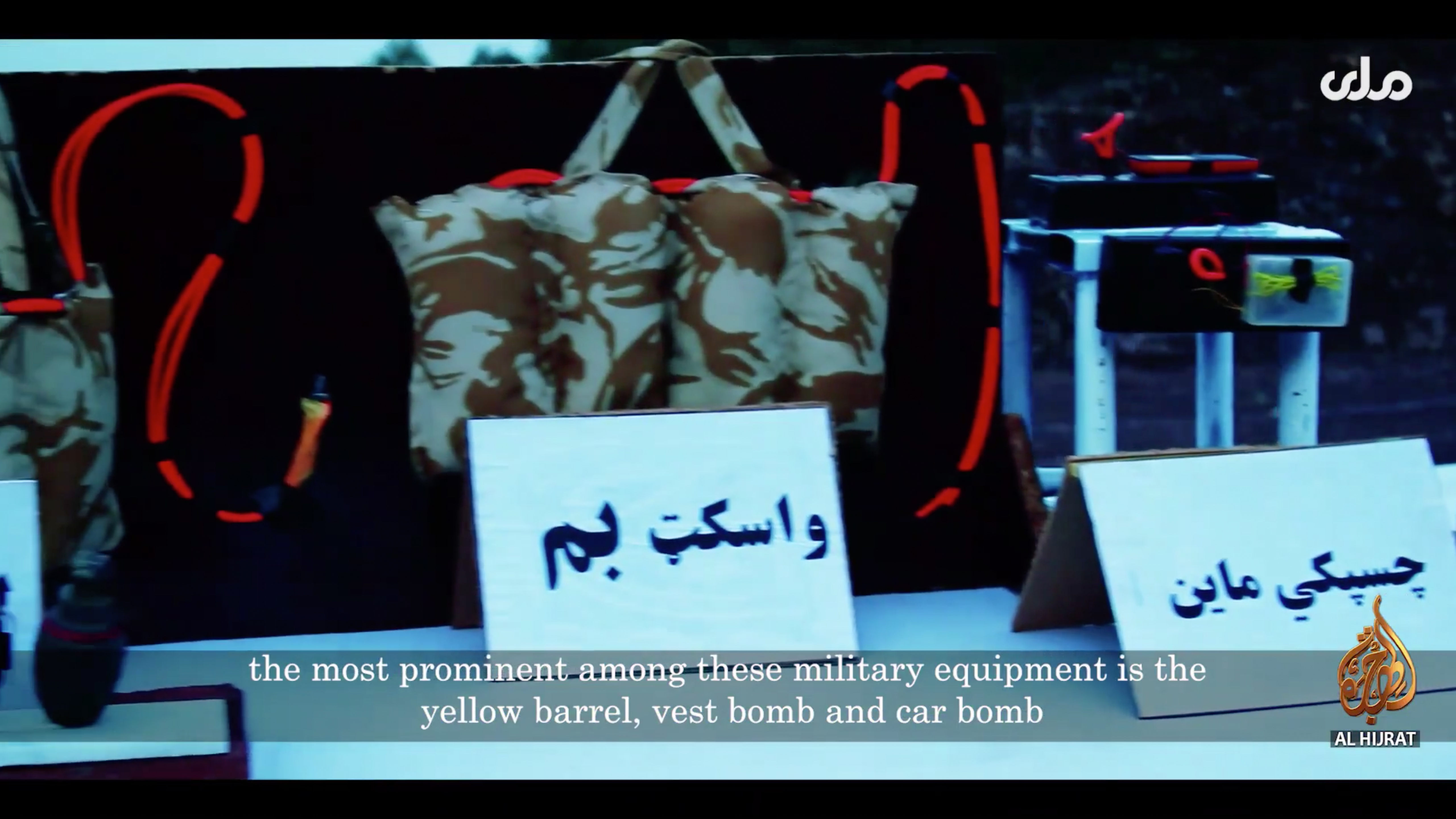 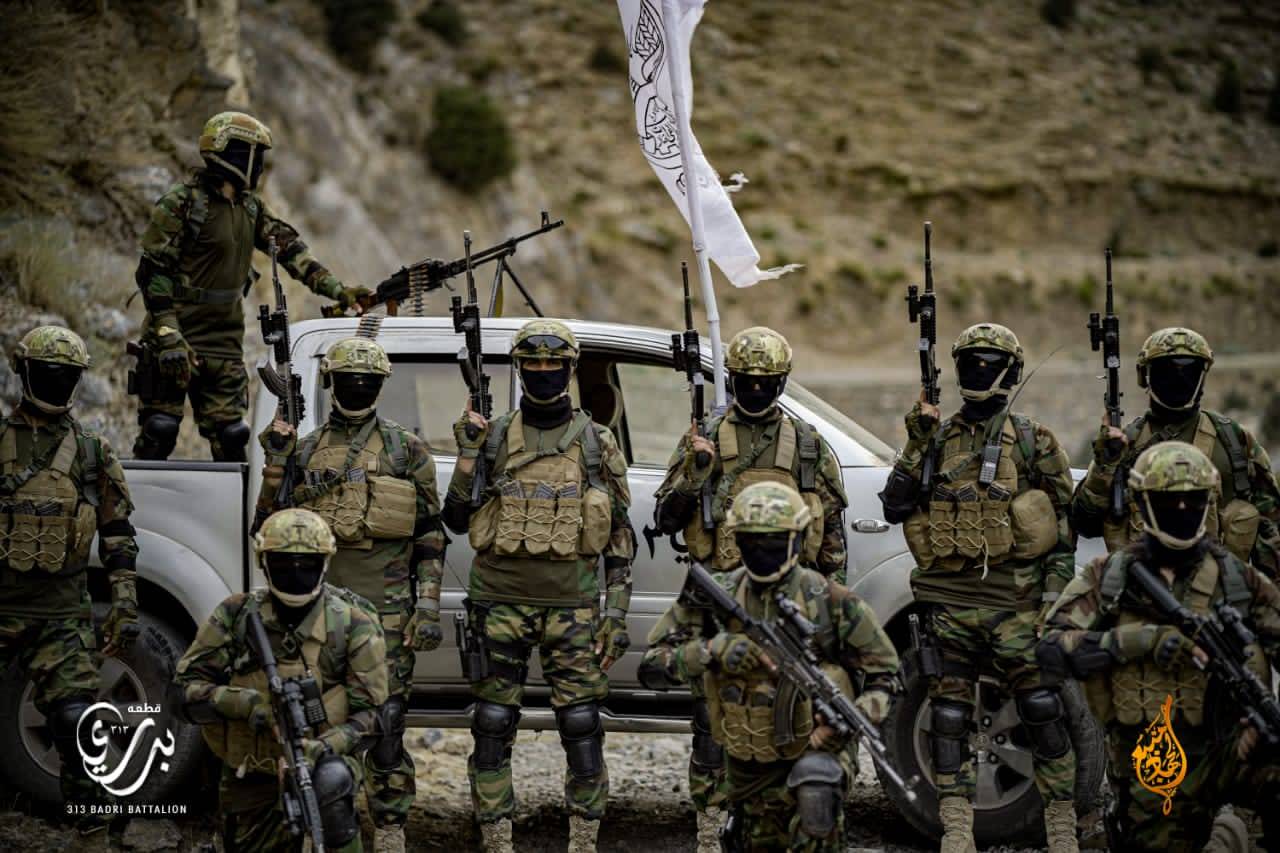 In the new video, which was played on Afghan National Television, it was explained the weapons were used “against invaders and their puppets in defence of independence and dear country”.

The video comes amid reports the Taliban have launched a specalised squadron known as the 'Mansoor army' to be deployed at the border between Afghanistan and Tajikistan.

The group would carry out suicide attacks, targeting the previous Afghan government's security forces as well as Western allies.

Since the footage aired, many have voiced concerns about the shocking array of weapons and the messages they represent.

He wrote: "Disturbing display on State Radio Television of Taliban’s Arsenal of suicide vests, car bombs and road side bombs.

"Lethal weapons for Taliban but they did murder thousands of Afghan civilians including women and children across Afghanistan over the last 20 years."

The Taliban took control of Afghanistan's capital city, Kabul, on 15 August after the US withdrew its troops, ending the two-decade war.

Suhaib Saeed, a member of the suicide-specific Badri 313 unit, told TRT World: "The first thing for becoming a member is to be a martyrdom seeker.

"We all want to be martyrs in the way of Allah."

Fanatics claim wannabe jihadis recruits are desperately seeking to join the Taliban's battalion to achieve martyrdom – by blowing themselves up.

One of the unit’s high-ranking fighters, Hafiz Badry, told the New York Post: "There are some fighters who even come to us crying and begging, asking why we don’t pick them for the suicide squad."

He added: "It is not about the picking in this case. It is about the eagerness."

Training lasts between 40 days and six months and involves intensive education in tactical work and religious studies as well as weapons and physical exercise.

All this happens in a former primary school where girls once received an education.

An insight into the suicide squad was offered early last year by the Taliban’s media arm in a video called Badri Strike.

It was posted online just weeks before Donald Trump’s administration agreed in talks to withdraw its military from the country and features Ustadh Mohammad Yasir who is linked to both the Taliban and Al Qaeda.

In a brief clip, Yasir says: "This is the blessing of your sacrifices, blood and martyrs.

"Similarly, if your martyrs have sacrificed and burnt their lives (for Allah SWT), they have also brightened the house of Islam." 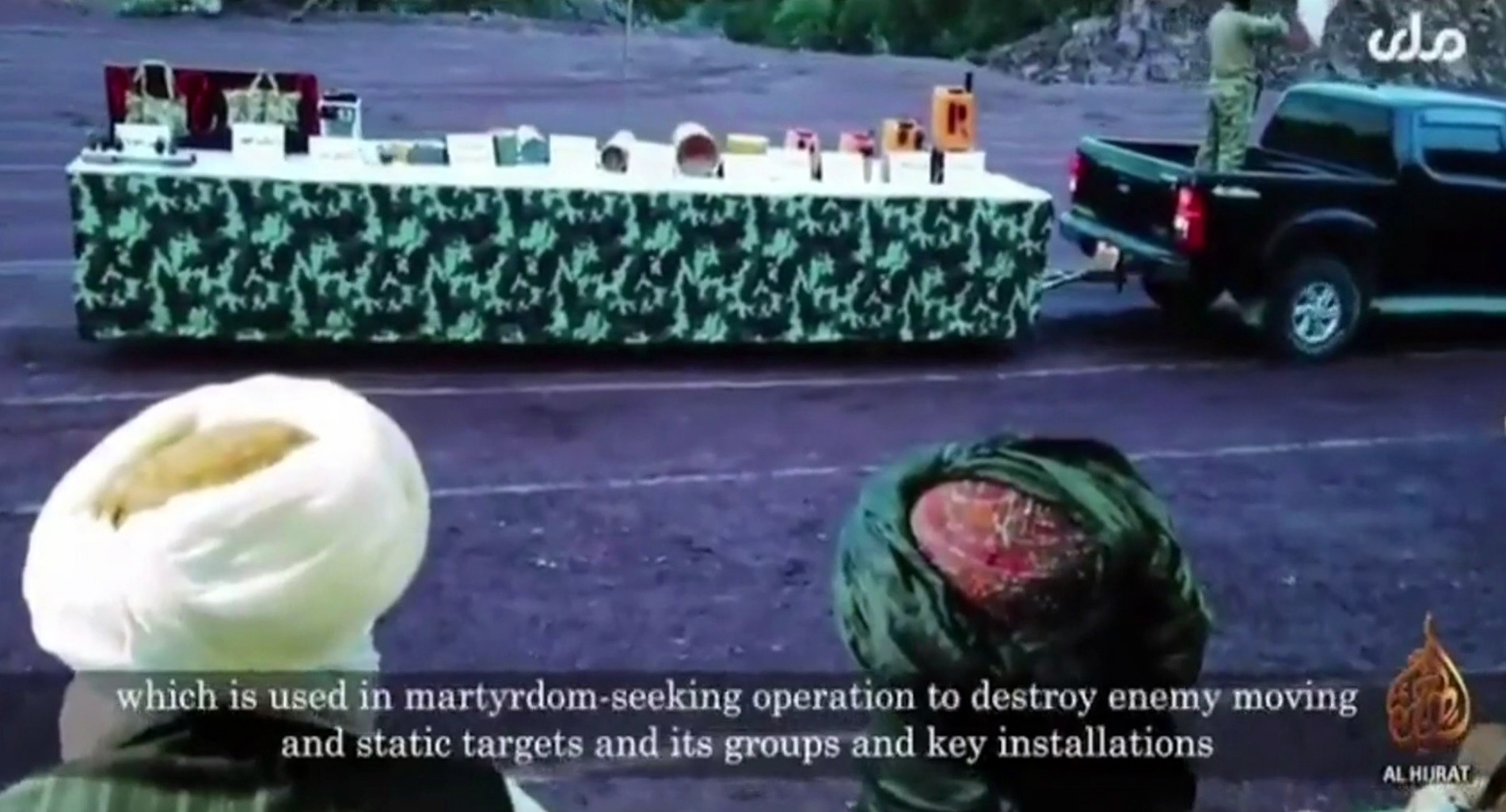 The clip glorified a November 2018 attack on a compound run by a UK security firm, G4S that slaughtered at least 10 people, including British close protection specialist Luke Griffin, 33, and left 19 horribly injured.

The meticulously planned attack involved a suicide car bomber detonating a huge device at the gate of the sprawling Anjuman base near the city’s airport before heavily armed fighters swarmed inside.

The tactic was used frequently to attack the American backed government.

Later took the helm around the Kabul Airport amid the frenzied US departure. 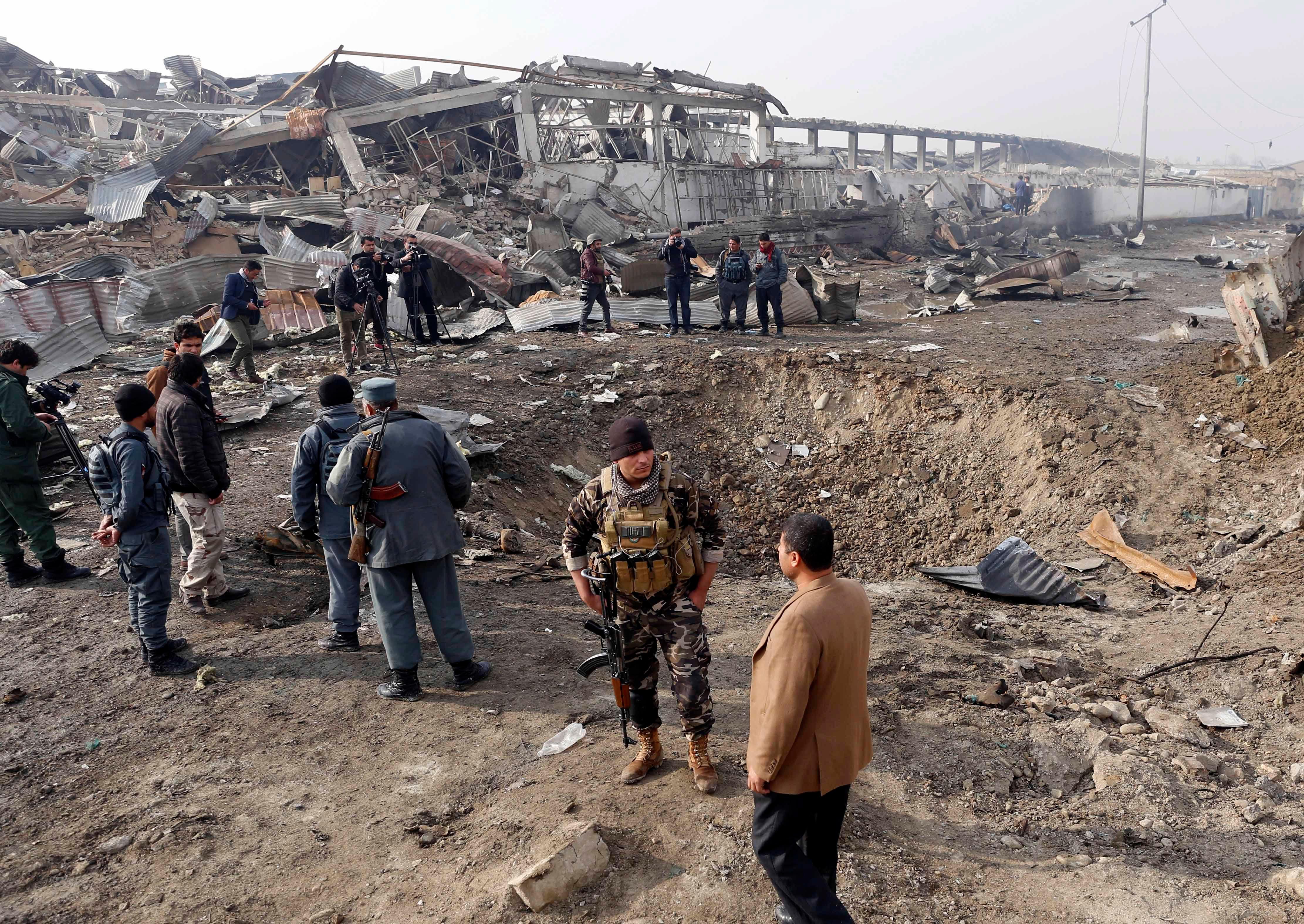 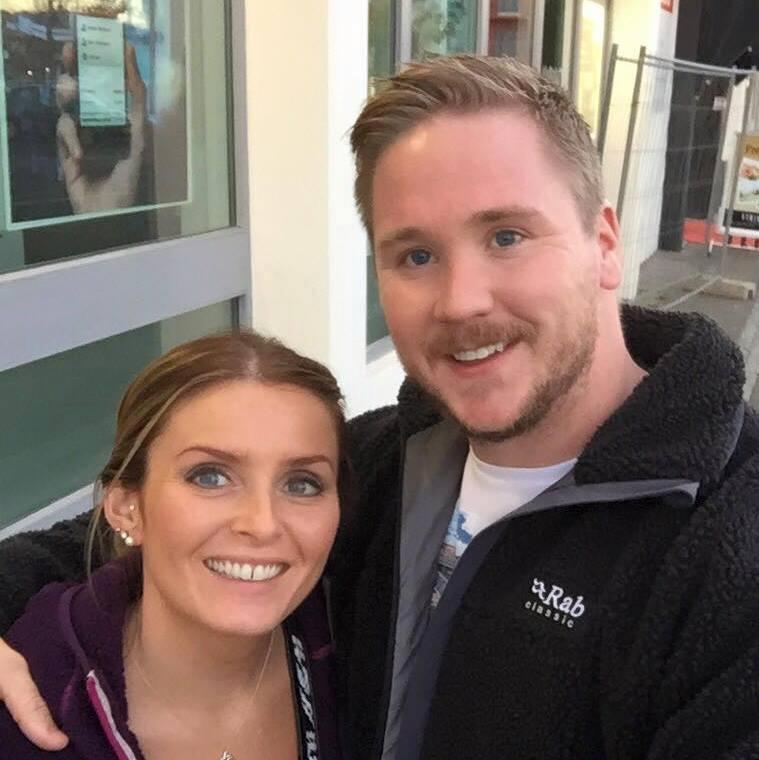 The Badri troops even parodied the US in a social media post by recreating the iconic image of soldiers raising the American flag on the island of Iwo Jima in 1945.

Taliban chiefs shared the video on social media as the terror group continues to shamelessly revel in its success after seizing power in Afghanistan.

And it also included devices such as explosive suicide vests and car bombs which are being drawn on a flatbed behind a truck.