TARGET has sacked a worker who made a "toxic" Blue Lives Matter drink containing "bleach and the blood of innocent black men" for a sickening TikTok video.

The shocking clip was made by an employee at a branch in Nora, Indiana, as a song called ‘All I want for Christmas is a Few Dead Cops’ played in the background. 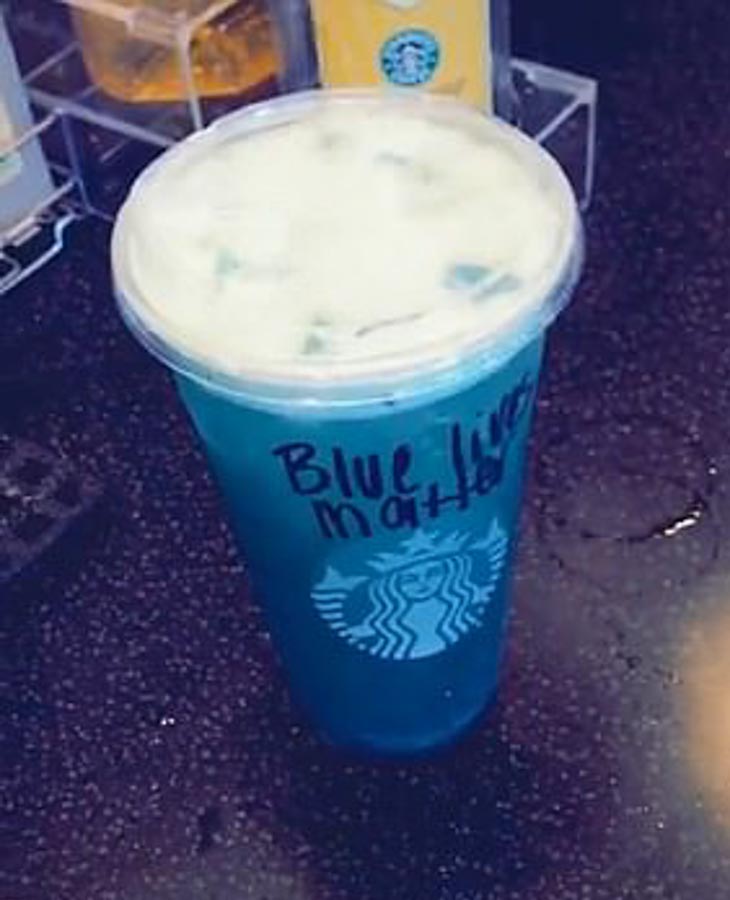 On it the employee makes a cocktail of "bleach", ice, and what they call the "blood of innocent black men" at a Starbucks franchise located inside the Target store.

The employee then adds "the blue ingredient that Starbucks has" and quickly blends it with ice.

The blue slush is then poured into a cup before being "served" with a straw.

A horrified Twitter user found the TikTok clip online and shared it letting Starbucks and Target know about the stunt.

In a statement, bosses at Target called the video "appalling and unacceptable" and revealed the employee responsible had been canned.

"We don’t tolerate this behavior at Target, want all guests to be treated with respect and have terminated the team member who was responsible," a spokesperson said. 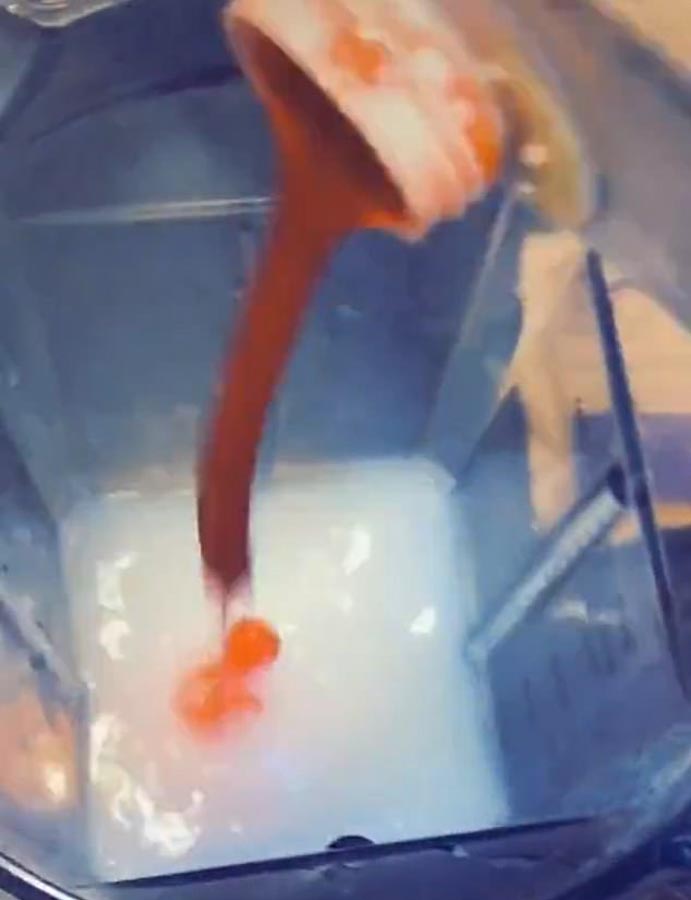 "We also have rigorous food safety procedures in place, which this team member egregiously violated with this behavior."

The company added it had since determined the drink had not actually been served to a customer.

The company also said it did not believe any bleach was used in the drink.

On the 40-second video – now taken down by TikTok – the worker brags about what they are doing.

"Hi guys, I updated my recipe for the Blue Lives Matter drinks," the worker states.

"First we’re gonna start with bleach… all the way to the third line."

The worker then says they are going add lots of ice as "you know, cops love ice" – seen as a reference to Immigration and Customs Enforcement. 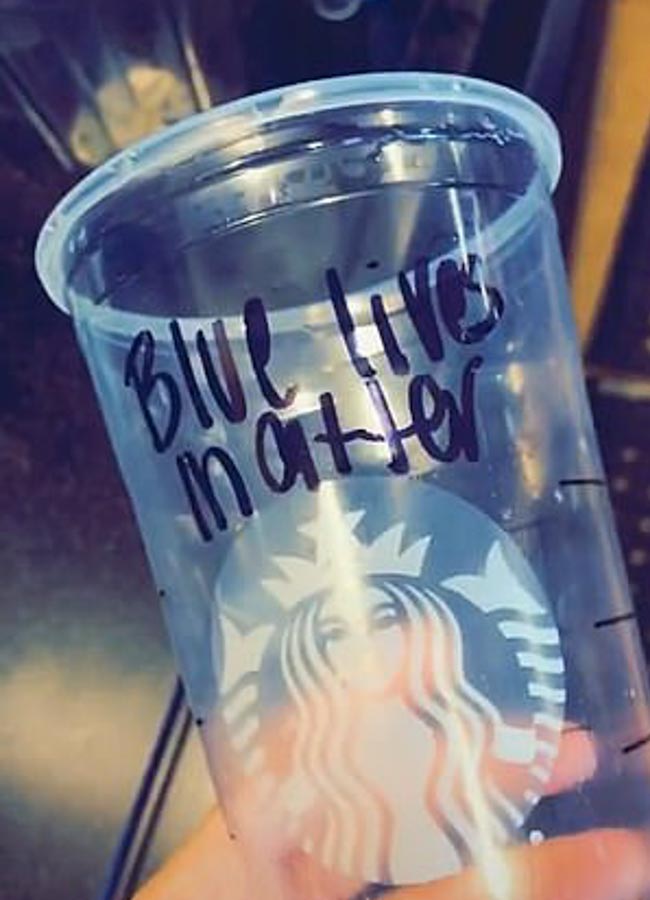 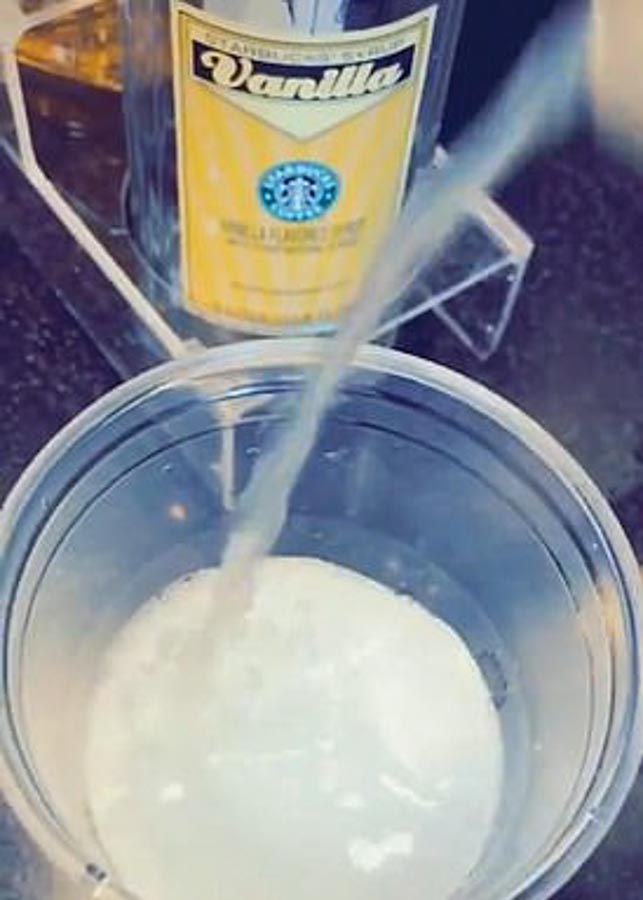 "Pour that right on top. Ahh that beautiful blue color," the worker says.

"And even though it has a straw-less lid, we’re going to serve it with a straw because, ya know, [cops] only think about themselves."

The barista then puts together another brown -olored concoction in a separate blender.

Starbucks said it was aware of the video but declined to comment saying those who work within Target stores are not employed by them.

The Seattle-based coffee giant did however condemn the "video and any behavior that threatens violence against others."

The death of George Floyd resulted in violent clashes between anti-racism protesters and pro-police protesters.

It has been slammed as a knee-jerk reaction to the anti-racism movement and for equating a removable uniform with a person's race.

At the weekend, a pro-cop supporter was shot dead during clashes between Trump supporters and BLM protesters in Portland.