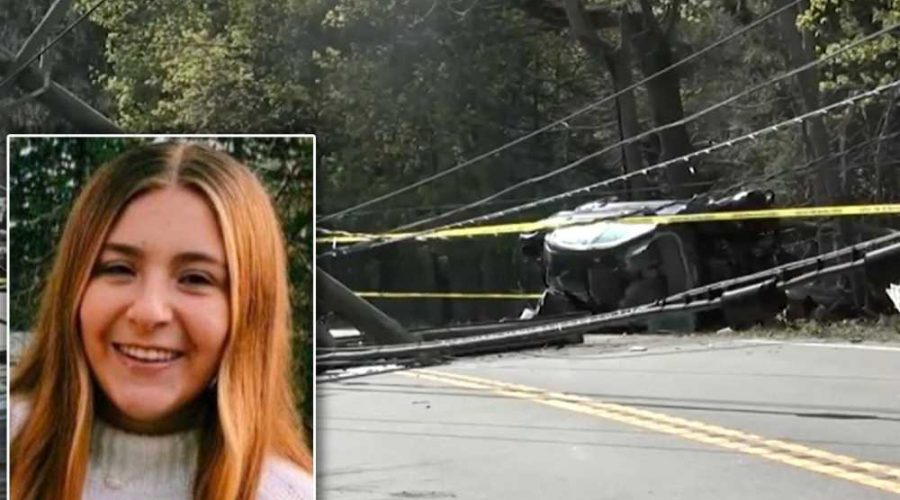 Jacqueline Zangrilli died in the crash on Route 202 in Montebello, which also left the driver, 17, and three other teen passengers injured, WABC reported.

The driver was allegedly speeding in a 2003 Jaguar sedan when he lost control and struck a utility pole, the report said, citing police.

“Jacqueline was special in so many ways,” read a GoFundMe page set up for the victim’s family. “She was an incredible daughter, sister, granddaughter, niece and friend.”

All five teens inside the car attended Suffern High School. The principal sent a letter to the school community notifying them of the crash.

“I am deeply saddened to be notifying you that we were informed early this morning of a tragic car accident on Rt. 202 involving five students from Suffern High School, which involved one fatality,” Principal Patrick Breen wrote, according to WABC.

Police are looking to determine where the teens were before the fatal wreck and who supplied them alcohol, the report said.

The driver is charged with second-degree manslaughter, first-degree vehicular assault, second-degree assault and driving while intoxicated.

Due to his age, police have not released his identity.