TERRIFIED children feared they "would die" when their bus driver "on his first day" crashed into a railway bridge tearing the roof completely off.

The double-decker collided with the bridge on the way to school at 8.12am this morning – with parents claiming the driver was unfamiliar with the route. 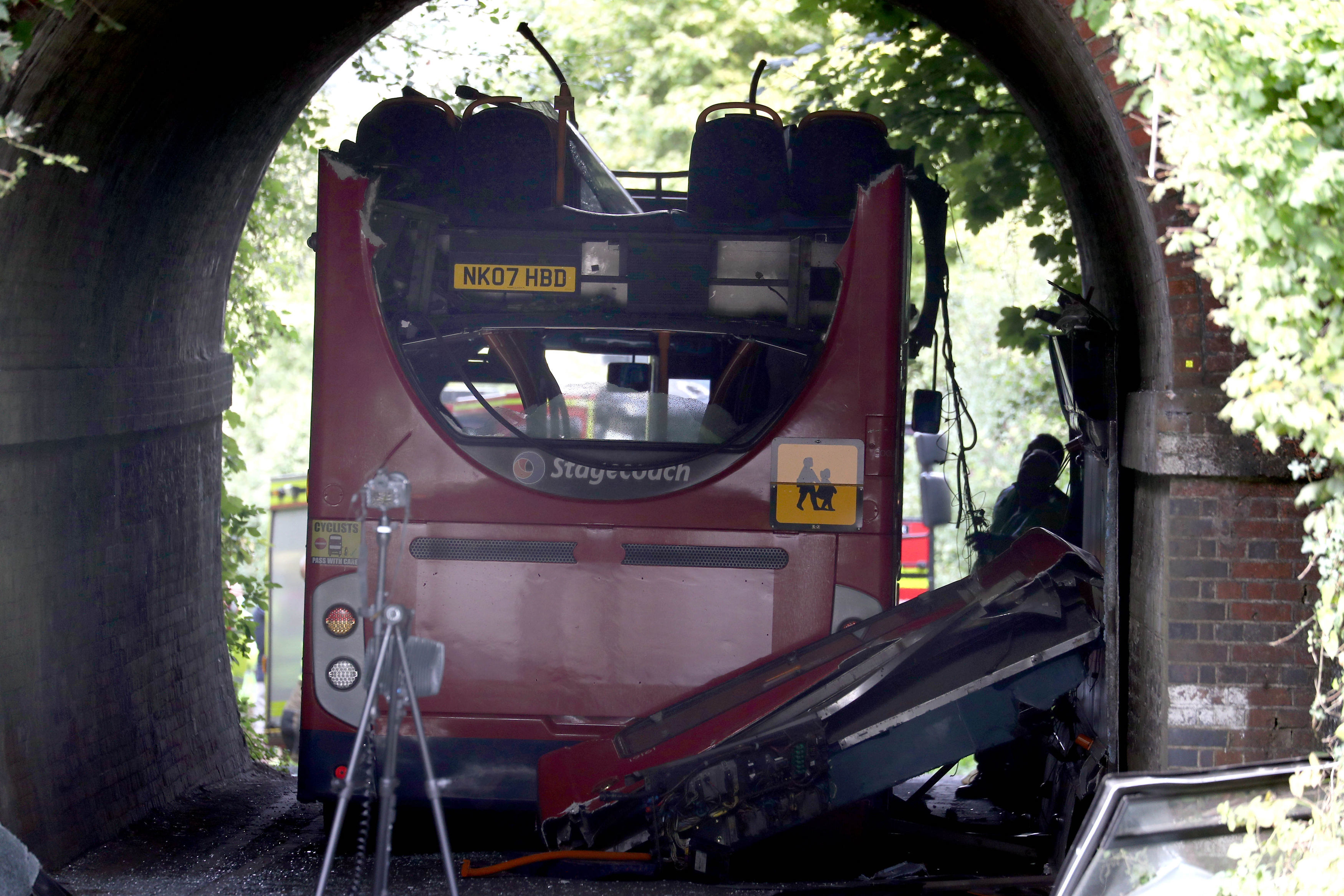 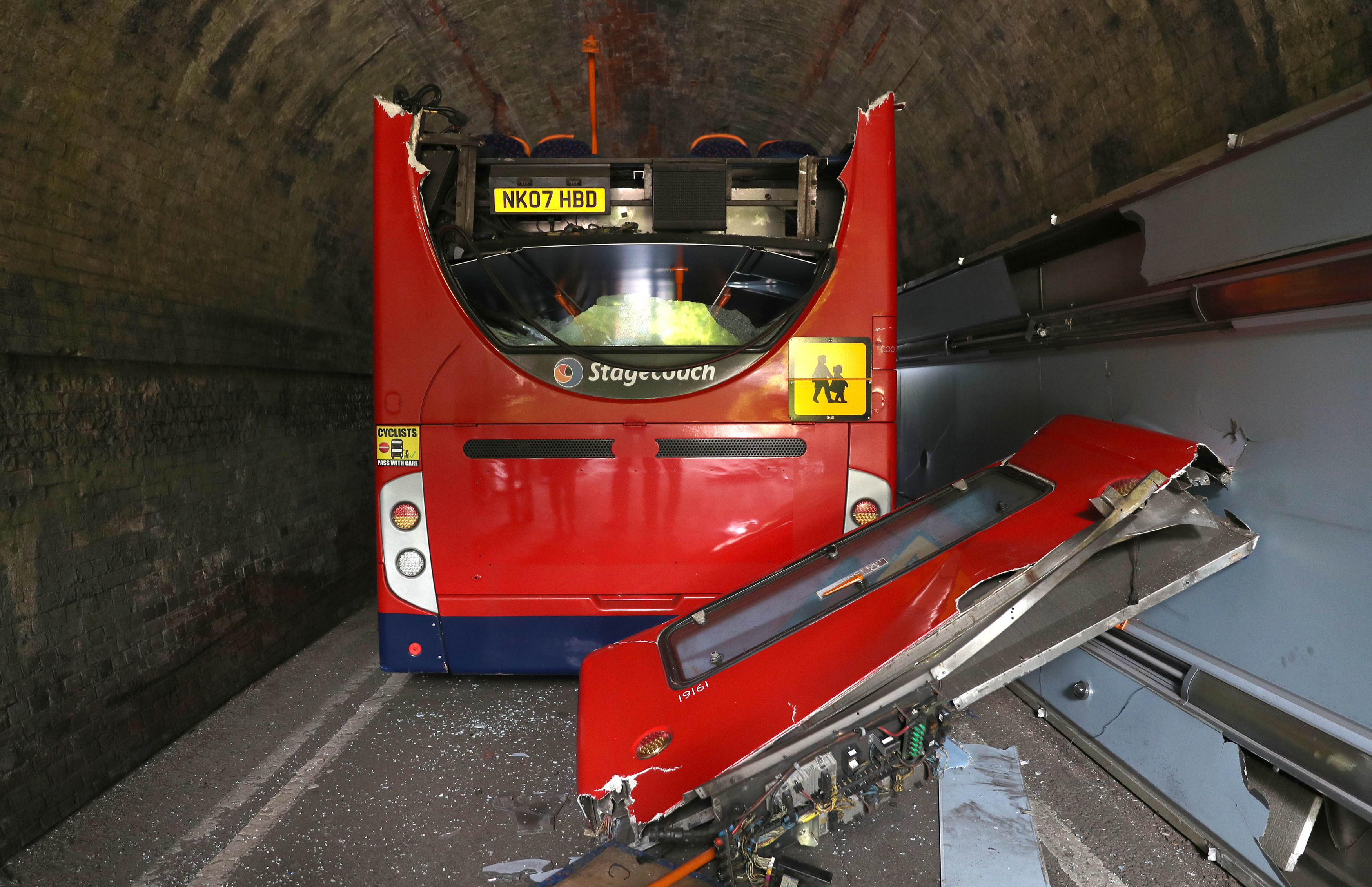 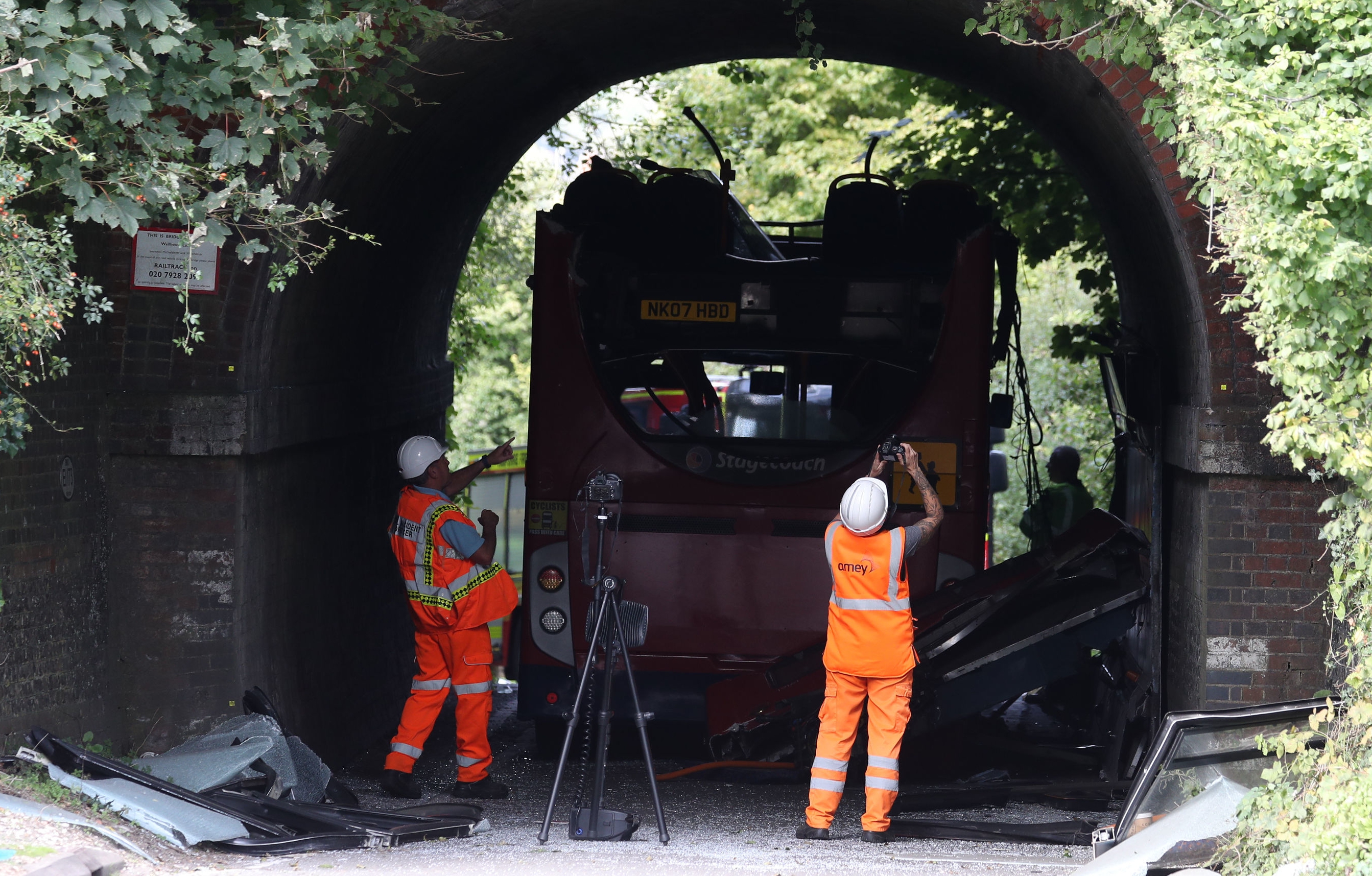 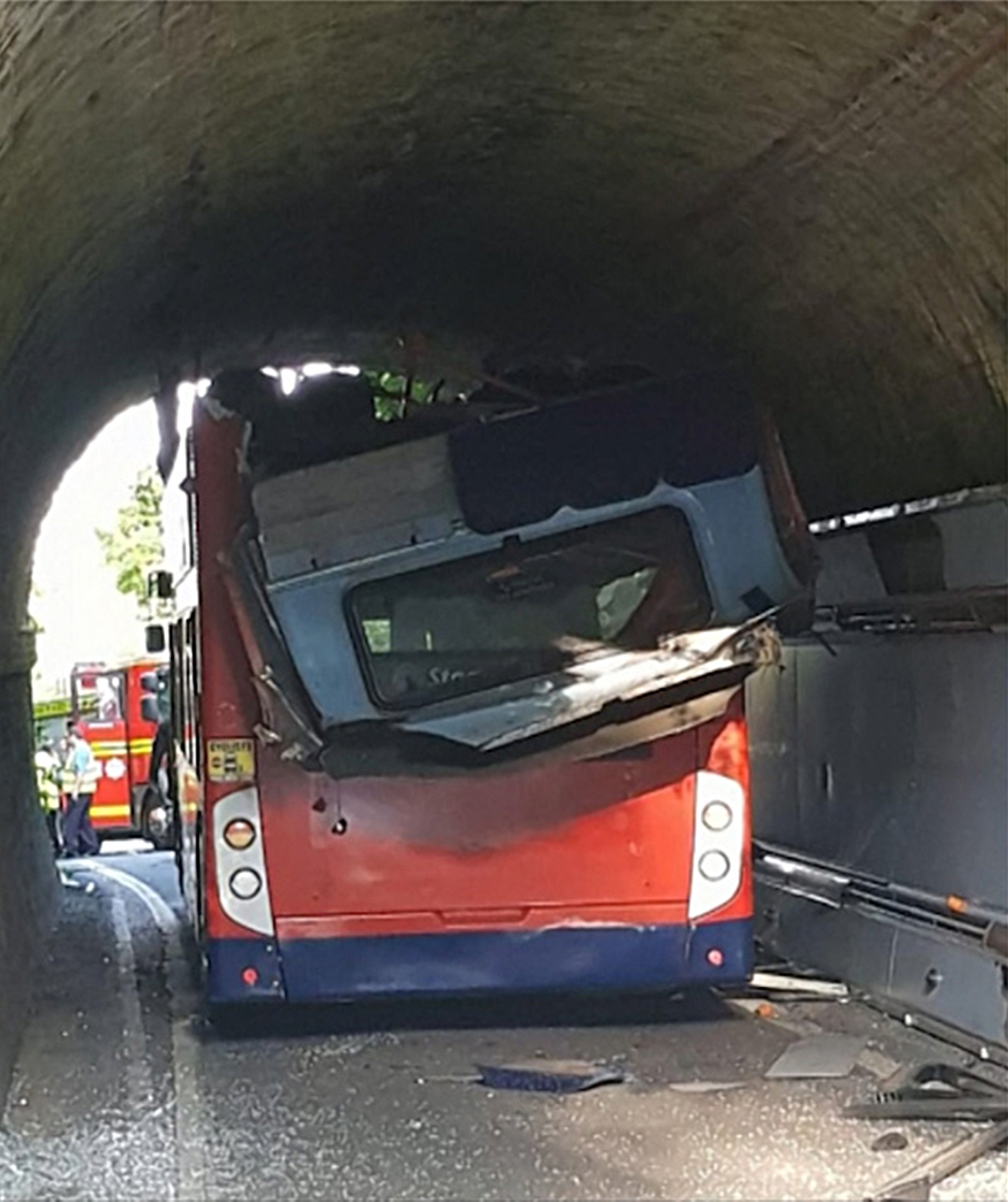 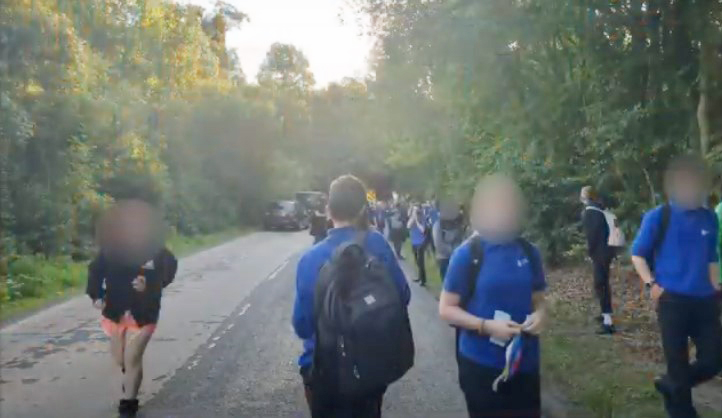 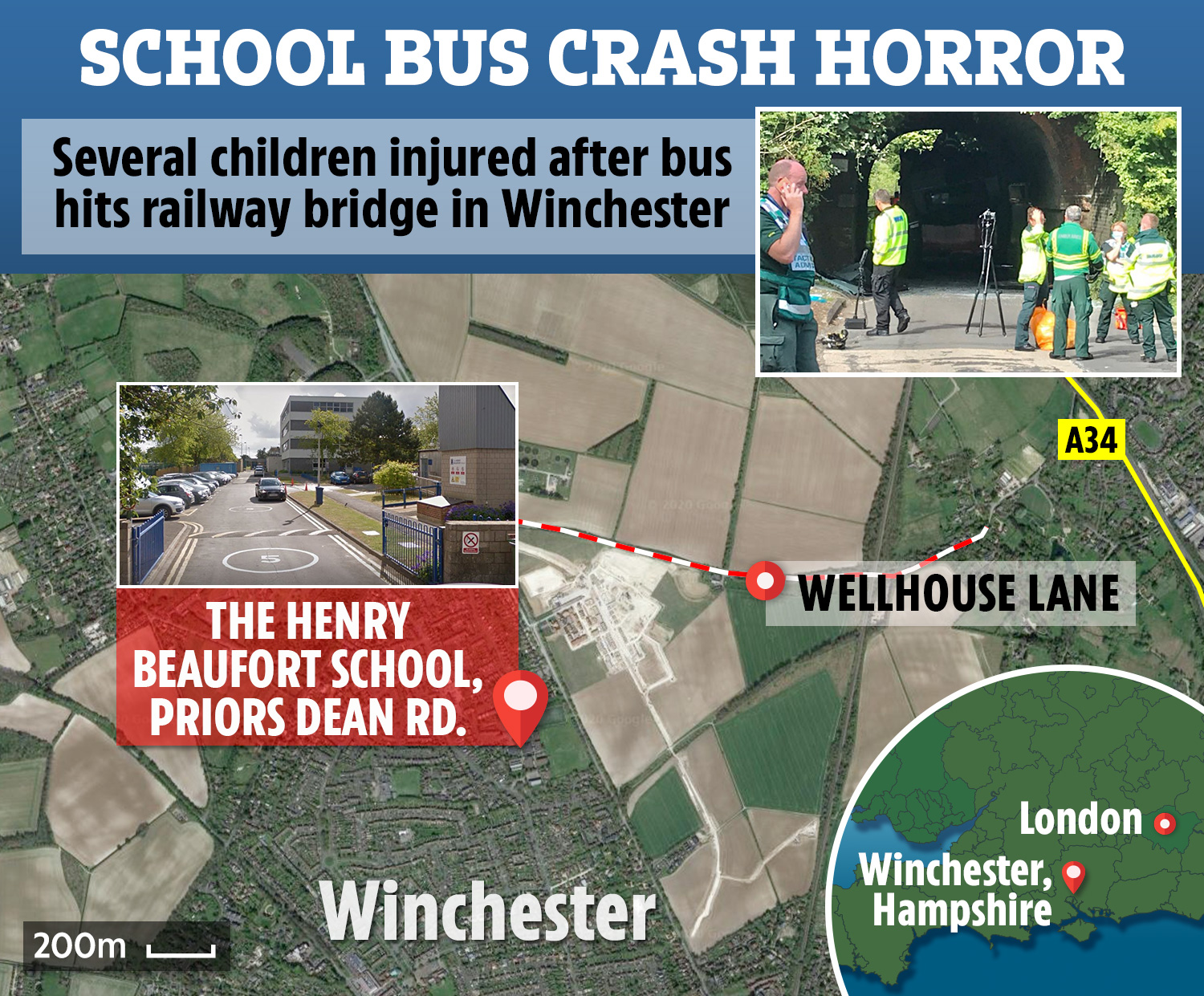 Three children have been taken to hospital with serious but not life-threatening injuries.

Another 13 were treated at the scene of the crash, in Winchester, Hampshire, which police described as a "serious collision".

Dramatic pictures from the site show the bus wedged underneath the bridge – with the top deck completely destroyed.

Parents claimed the driver was "unfamiliar" with the route, with one suggesting it was his "first day".

It is understood the driver was "experienced" but Stagecoach could not confirm if he had driven that route before.

One man, who did not wish to be named, said: "I think it was his first day – that is what everyone down here is saying.

"There were a lot of people gathered around and it seems to be he was very new to the job."