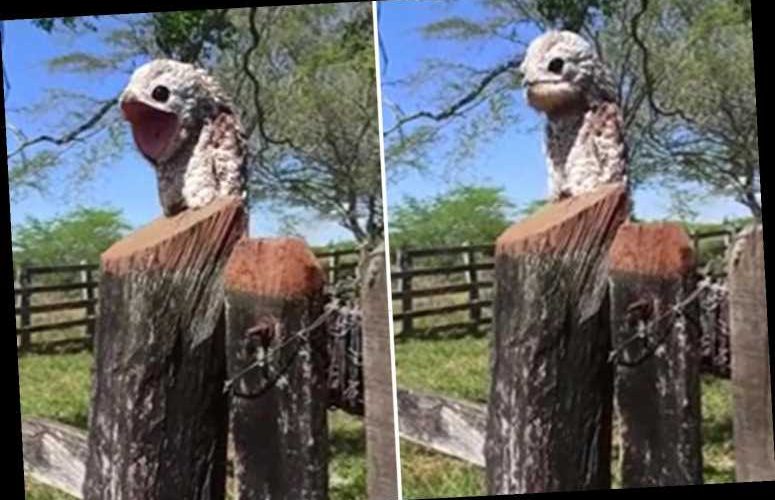 THIS is the moment a "ghost bird" with freakishly big eyes and a humongous mouth terrified a woman in Colombia.

A rare great potoo was spotted by an unnamed woman in Magdalena who initially mistook the bird for a piece of wood. 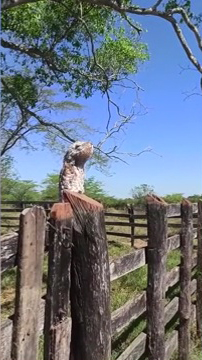 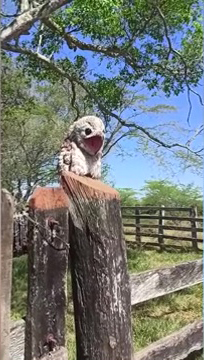 She began filming the camouflaged bird sitting perfectly still on a wooden fence in Chibolo when she noticed things weren't as they seemed.

After spending a few seconds making sounds to check if the strange piece of "wood" would move, the great potoo opened its eyes.

The bird can be seen scanning the people near it while kids can be heard in the background of the footage.

When the woman began moving closer to the bird it opened its large mouth in a bid to scare her off.

The bird, known for its blood-curdling scream is usually nocturnal however appears to be enjoying the heat sitting in the sunshine.

The woman said: "The first time I saw him I thought it was a stick but he moved and I approached him.

"The bird opened its eyes and mouth and scared me a lot but being so strange I decided to take pictures and record videos.

"When I got closer I raised my hand, and he opened his mouth in reply."

According to the Mail Online, she had visited the farm at least five times before the sighting and had never seen the creature.

What is a great potoo? 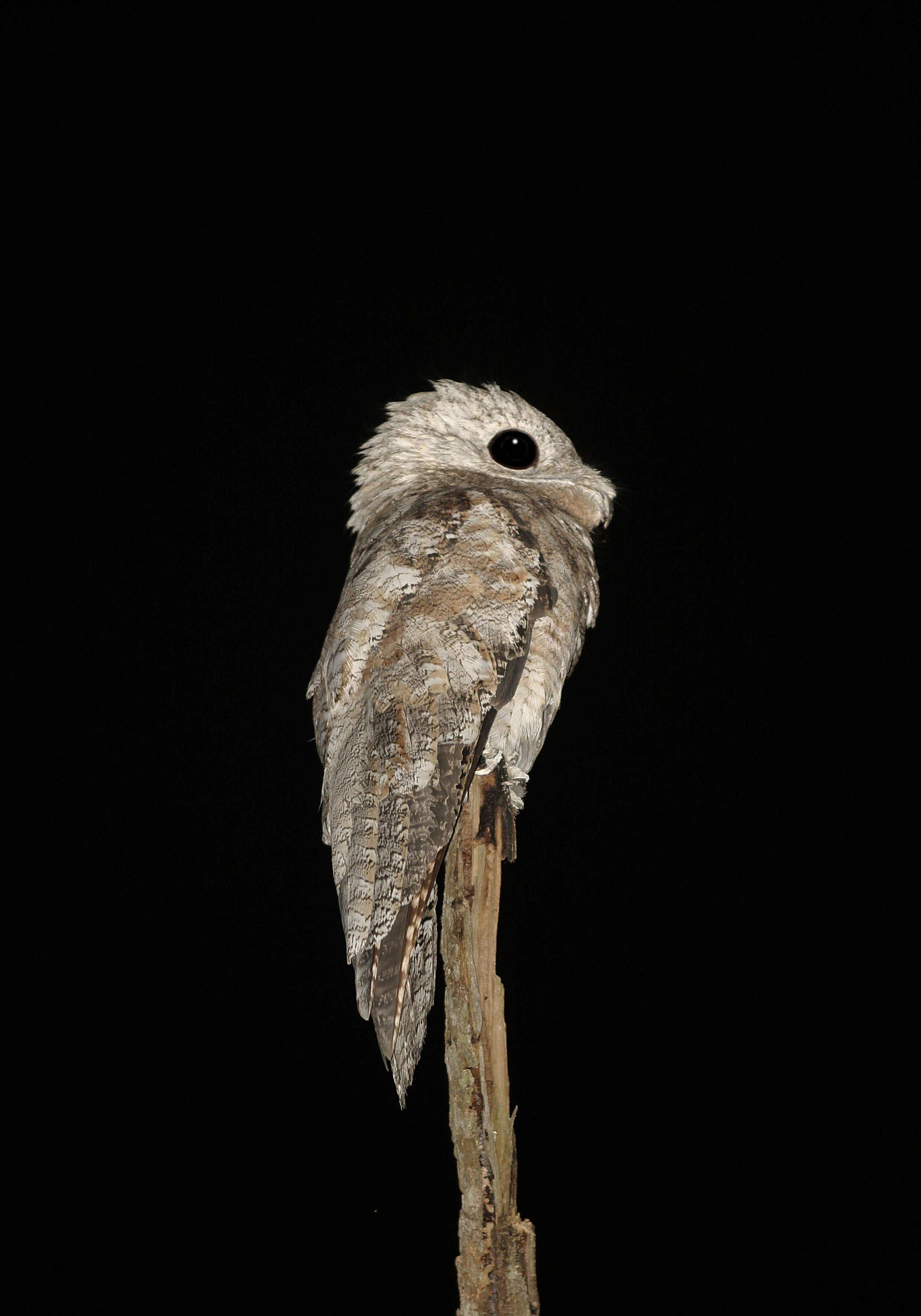 A great potoo is a nocturnal bird that looks like an owl but the two are not related.

The creepy creature preys on large insects and small vertebrates.

The great potoo is most known for its harsh scream that echoes throughout the forested areas.

They are found in South America, mostly in Colombia, and are most active at night.

However, neighbours had heard its terrifying its calls.

She said the species of bird had not been seen at the farm for the more than 15 years.

The great potoo is usually sound in the southern hemisphere and uses its beige-coloured feathers as a camouflage against predators.

During the day, the nocturnal birds, which are found in tropical America, perch on tree stumps and seamlessly blend into the bark by plumping up their feathers – before going off hunting for flying insects to eat at night.

In 2016 photographer Frederic Consejo from Belize accidentally captured a picture of a northern potoo after mistaking it for a tree stump.

The 55-year-old, of Consejo, Corozal District, Belize, said: “I was taken by surprise when I realised that a funny shaped tree at my friend’s house was actually a northern potoo.

“I had been hoping to photograph one of these birds for years, but they had always been too difficult to spot.

“So I quickly picked up my camera and snapped away while I had the chance.

“I felt quite stressed that the potoo would fly away after all of this time waiting to find one.

“But the bird’s feathers were blended perfectly into the bark of the tree.”

12/03/2021 World News Comments Off on Terrifying 'ghost bird' with freakishly big eyes and humongous mouth spooks out woman … but what the hell is it?
Lifestyle