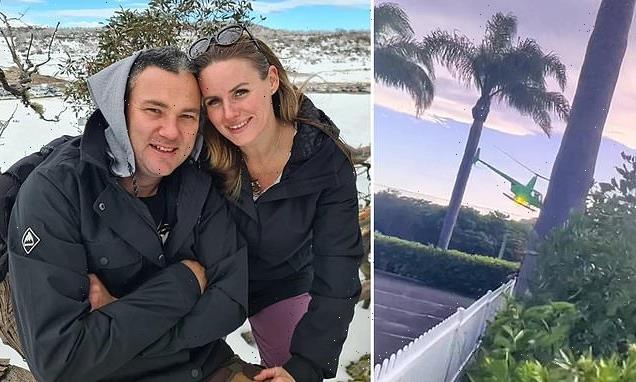 Terrifying footage has emerged showing the exact moment a helicopter ride for a mum’s 40th birthday spun out of control and crashed.

Sara Evans, 40, was rushed to hospital with head and neck injuries after her helicopter ride on NSW’s Central Coast ended in disaster.

Ms Evans was travelling with her husband Dave to The Quarters resort on Forresters Beach for a combined birthday bash with her 21-year-old son on November 19.

Heartstopping footage, captured by witnesses and resurfacing on TikTok this week, showed the helicopter spiralling out of control before plummeting to the ground.

The green Robinson R44 is seen hitting a power line before it crash lands just across the road from the birthday event. 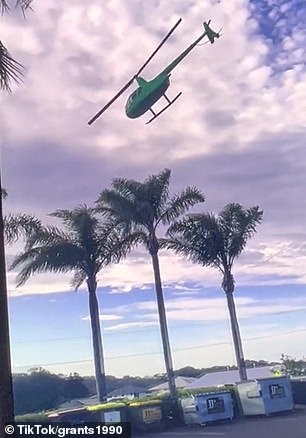 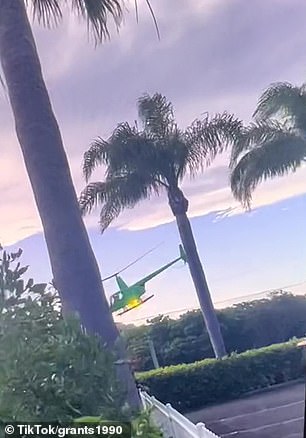 The couple’s children, friends and family are heard screaming in terror as the helicopter makes a crash landing in the vacant block beside Central Coast Highway.

The pilot and Ms Evans’ husband escaped the crash with superficial injuries, while she was airlifted to John Hunter Hospital in a stable condition with a head injury.

‘The helicopter landed upside-down on Sara’s side and she suffered concussion and head and neck injuries,’ a friend of Ms Evans, Fran Clarke, confirmed at the time.

NSW Parliament Shadow Minister for the Central Coast David Harris said his ‘heart sank’ when he heard Ms Evans and her husband were involved in a helicopter crash.

The MP described Ms Evans as a ‘true angel’ and revealed he spoke with her after the accident.

‘After telling me the story, her [Ms Evans’] first concern was for the pilot Ray,’ Mr Harris wrote in a Facebook post on November 29.

‘Sara told me that despite the situation Ray demonstrated great skill and professionalism in the face of potential disaster.

‘The result was that everyone walked away with their lives.’

Photos from Ms Evans’ social media showed she was more than comfortable with aircrafts before the crash with the mum pictured twice in cockpits.

Ms Evans has worked as a community engagement officer at non-profit Camp Breakaway for more than two years. 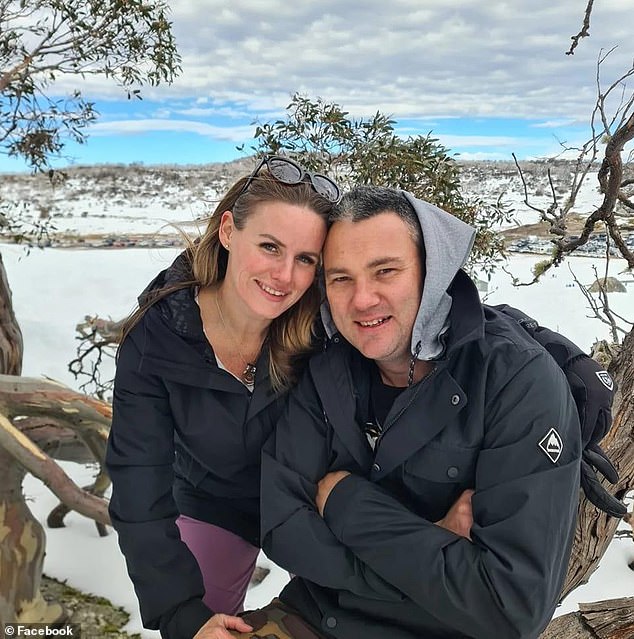 Sara Evans was onboard the helicopter with her husband Dave (pictured) and were travelling to The Quarters resort on Forresters Beach for a combined birthday bash with her 21-year-old  son. The helicopter ride was a 40th birthday treat for Ms Evans 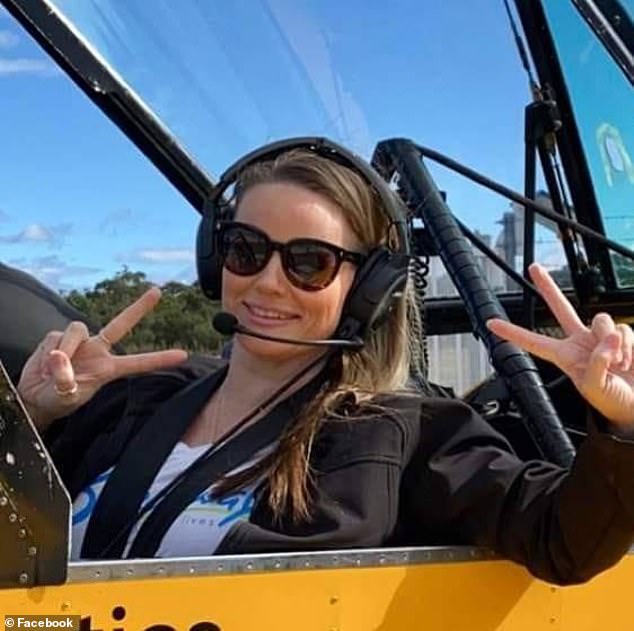 A team of investigators from The Australian Transport Safety Bureau (ATSB) have started a transport safety investigation into the crash.

Investigations into the dramatic helicopter crash will take up to two months to finalise and will detail contributing factors and any identified safety issues in a report.

‘The ATSB will publish a final report, detailing contributing factors and any identified safety issues, at the conclusion of the investigation,’ ATSB Chief Commissioner Angus Mitchell said.

‘However, should any critical safety issues be identified at any stage during the course of the investigation, the ATSB will immediately notify relevant parties so appropriate safety action can be taken.’ 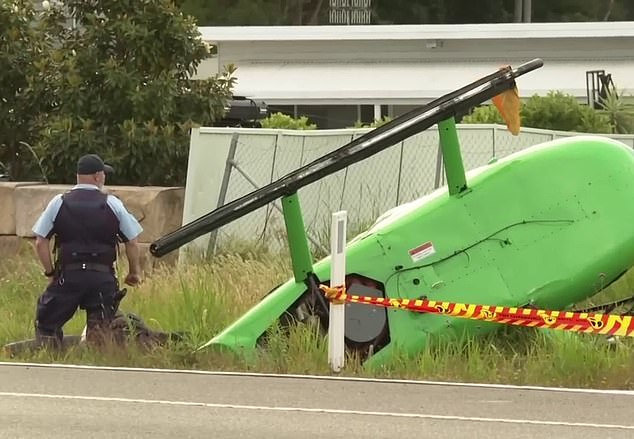 Ms Evans had planned to start a new job days after the crash, which she is now unable to do.

Close friend Marney McQueen started a GoFundMe to help support Ms Evans’ family while she recovers and pointed to her dedication to helping others.

‘She mentioned to me on the phone that she was worried about money while she is currently between jobs,’ Ms McQueen wrote.

‘Please share this amongst her nearest and dearest, and only contribute if you are in a position to, don’t feel any pressure, many of you are still feeling traumatised from having witnessed the accident yourselves.

‘Sara has done so much to help other people in her life, now she’s the one who needs help.’