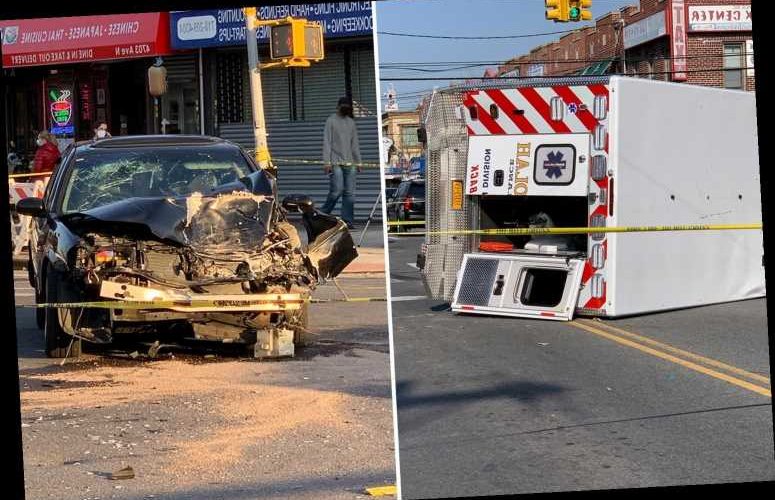 EIGHT people have been left injured and one dead after a speeding car smashed into an ambulance in a mid-afternoon horror crash.

Surveillance video shows the horrifying moment the car ploughs into the side of the ambulance in Brooklyn, NYC, on Easter Sunday. 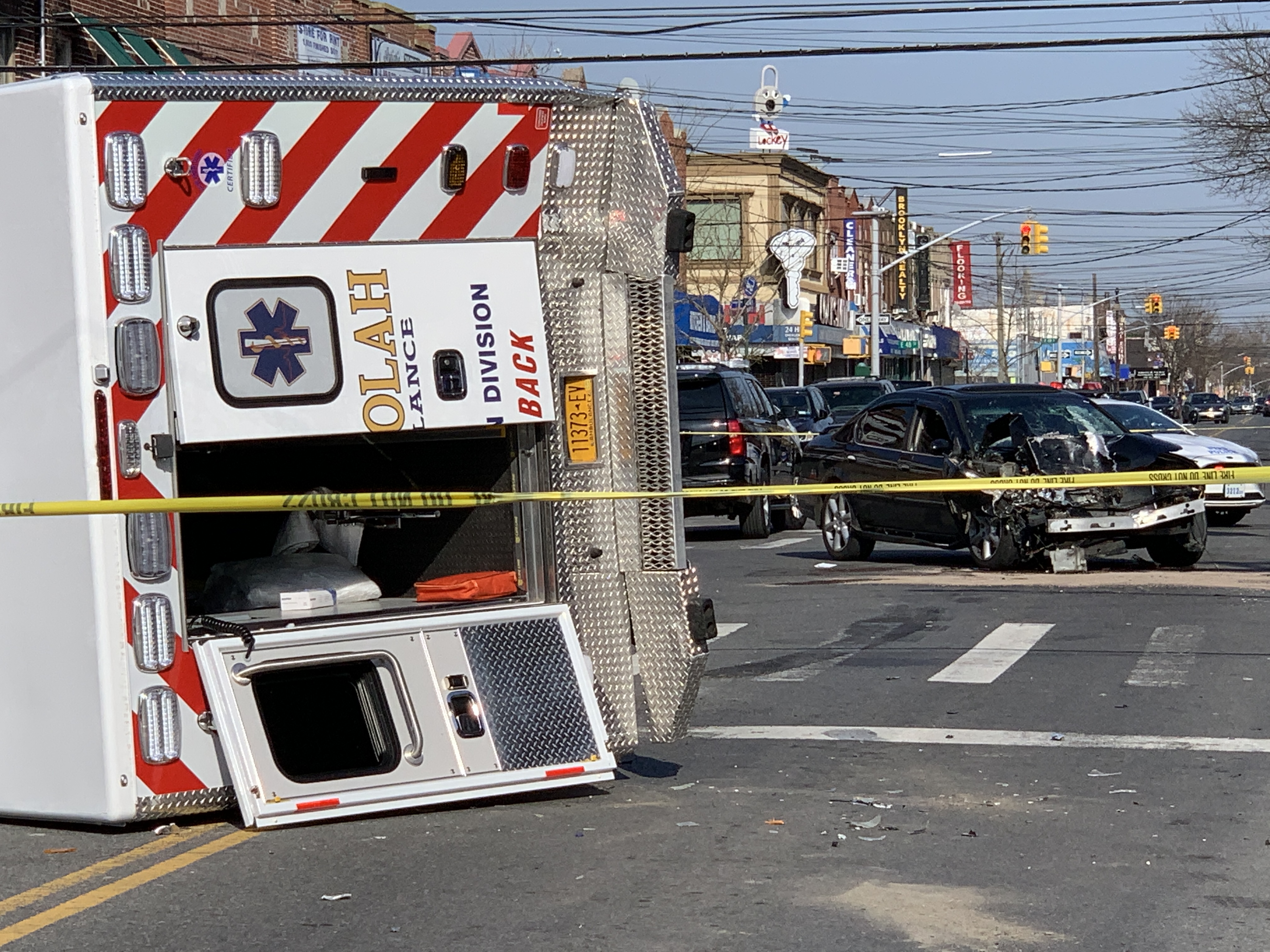 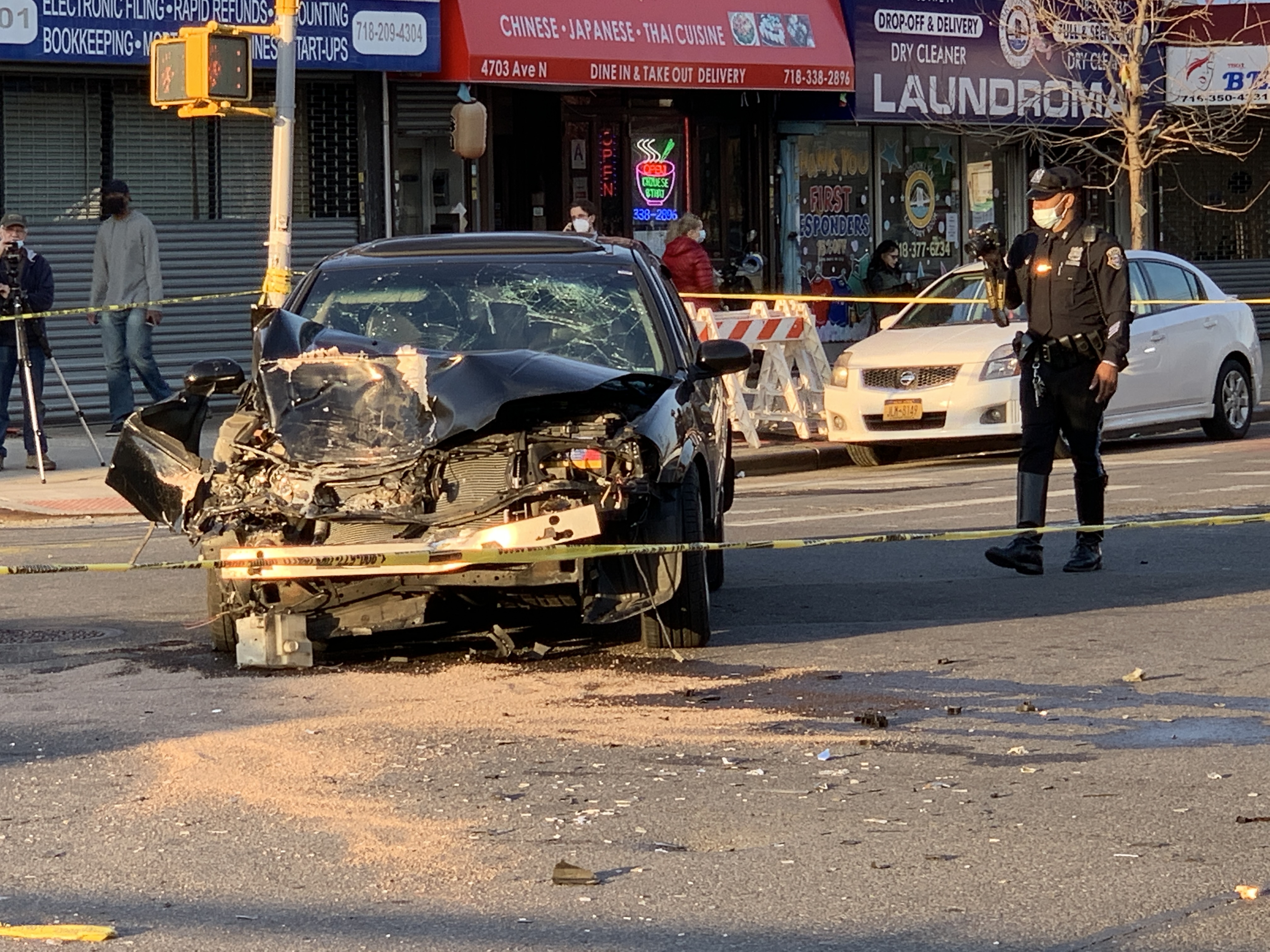 In the footage, the sedan appears to strike the ambulance from the right.

The ambulance was carrying a 95-year-old woman with a heart condition and her son among other people, according to WPIX.

The elderly woman died as a result of her injuries, according to the NYPD.

Police say the horror smash happened at 3pm at Avenue N and Schenectady Avenue in the Flatlands area of Brooklyn.

The smash left a further eight people hurt, including two people in the 2002 Maxima and the on-board ambulance crew.

Seven people were rushed to nearby hospitals in the area. 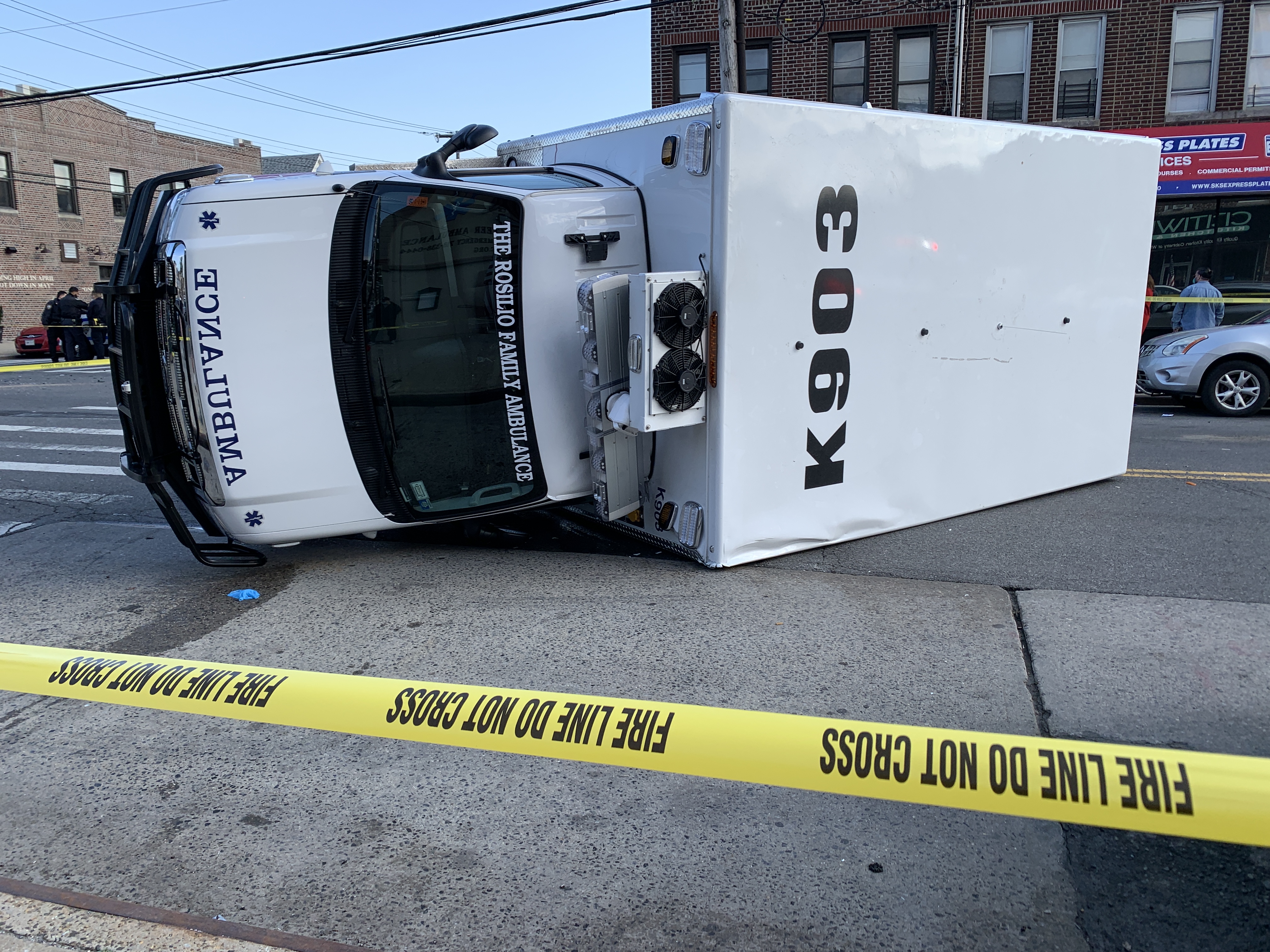 Images from the crash site show the ambulance turned over on its side.

Meanwhile the front of the car which collided with the EMS vehicle has been completely totalled from the force of the crash.

The Nissan Maxima can be seen in the distance with its entire front engine smashed in.

Police said it currently unknown if there is any criminality involved in the smash.

An accident investigation is underway.