The change comes after a gunman in Vienna identified as a convicted jihadist killed four people in a rampage this week. 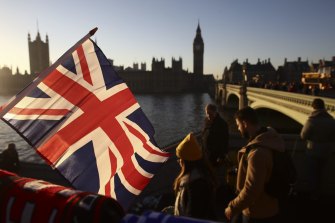 Britain has raised its terror threat level to “severe”.Credit:Bloomberg

"This is a precautionary measure and is not based on any specific threat," Patel said on Twitter.

"The British public should be in no doubt that we will take the strongest possible action to protect our national security." She did not mention the Vienna attack in her statement.

The new threat level means an attack is highly likely, according to the government's classification system. The previous "substantial" level meant an attack was likely.