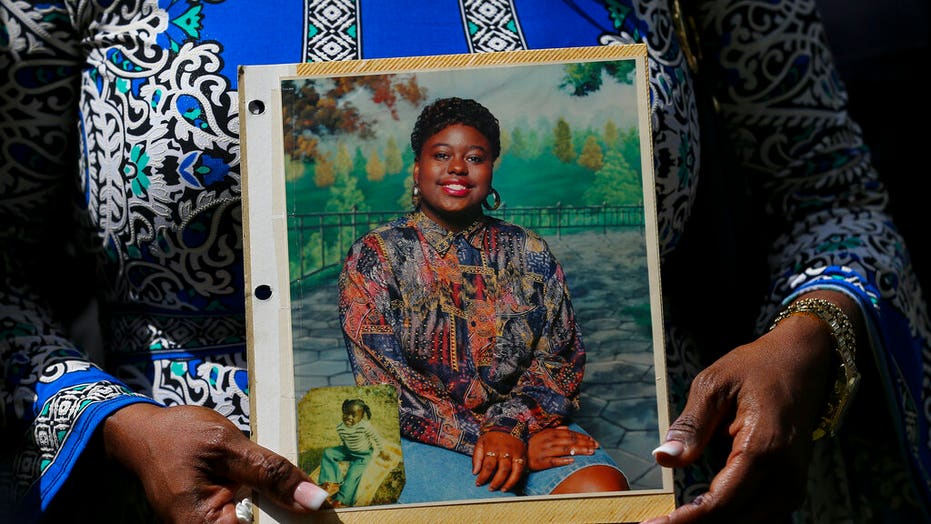 A Texas police officer is facing assault charges in connection with the fatal shooting of a 44-year-old woman after a struggle over the officer’s Taser, prosecutors said Monday.

A Harris County grand jury indicted Baytown Officer Juan Delacruz for shooting Pamela Turner in the parking lot of an apartment complex where they both lived in May 2019. 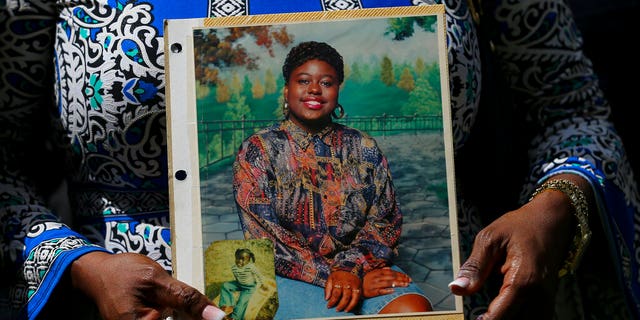 FILE: Antoinette Dorsey-James holds a picture of her sister Pamela Turner during a news conference outside the Harris County Civil Court in Houston.
(Houston Chronicle via AP)

Delacruz was charged with aggravated assault by a public servant, a felony that could lead to a sentence of five years to life in prison if he's convicted. Prosecutors said he'll be given the chance to turn himself in.

Delacruz shot Turner after a struggle with the 44-year-old Black woman that a bystander captured on video. The footage showed Delacruz standing over Turner and reaching down to try to grab her arms. Turner then yells, "I'm pregnant." Moments later, something flashes as she reaches her arm out toward the officer. Suddenly, Delacruz pulls away and fires five gunshots.

Police in the Houston suburb said the Hispanic officer shot Turner during an attempted arrest after she shocked him with his Taser. Court records showed three outstanding misdemeanor warrants against Turner at the time.

"It is important to acknowledge that her family and the community are in pain," Ogg said.

Greg Cagle, Delacruz's attorney, said he believed the case against his client was being motivated by politics and that Delacruz had simply been defending himself when he shot Turner.

"There's no facts that would justify a criminal charge against the officer," he said. "When someone takes a police officer's Taser and then uses it against them, the officer is left with no options other than deadly force. That's how the officers are trained.”

Ben Crump, a lawyer for Turner's family, said last year that she was not pregnant but had been diagnosed with paranoid schizophrenia. He said Delacruz knew his neighbor suffered from mental illness and shot her from a “safe distance” away.

The charge against Delacruz comes after months of nationwide protests against racial injustice and police brutality following the police custody death of George Floyd in May.