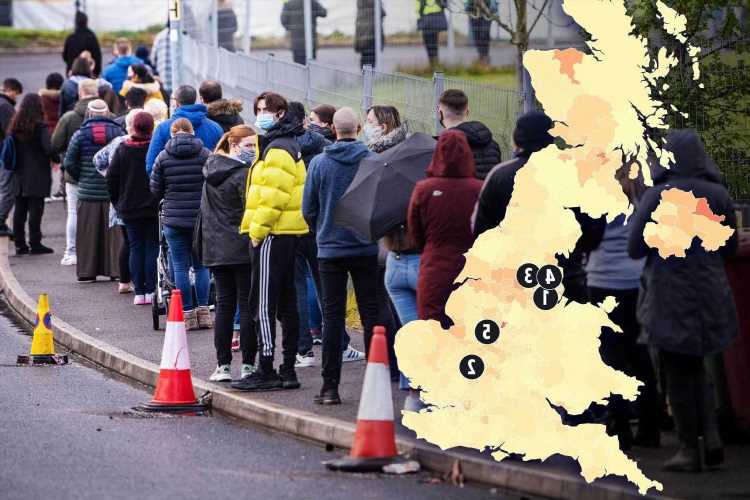 COVID cases have risen sharply in five areas in England as infections caused by the Indian variant continue to soar.

The interactive map below reveals the number of cases in your local area.

Yesterday Health Secretary Matt Hancock revealed cases of the B.1.617.2 variant climbed by 77 per cent in just three days.

The variant is now the dominant strain in areas such as Bolton and Blackburn with Darwen, where surge testing has been rolled out in order to detect cases.

Of the 150 areas that have seen a rise, there are five that have had a significant increase in cases.

Bolton in Greater Manchester has the highest rate of infections in the country, with 811 new cases in the seven days to May 13 – the equivalent of 282.0 cases per 100,000 people.

This is up from 133.9 in the seven days to May 6, and it is also the area where cases have increased the most in the last seven days.

Addressing MPs yesterday Mr Hancock said some patients in hotspots hospitalised with the Indian variant had refused the jab when offered it.

He urged people to continue to come forward for their vaccines to prevent hospitalisations and deaths. 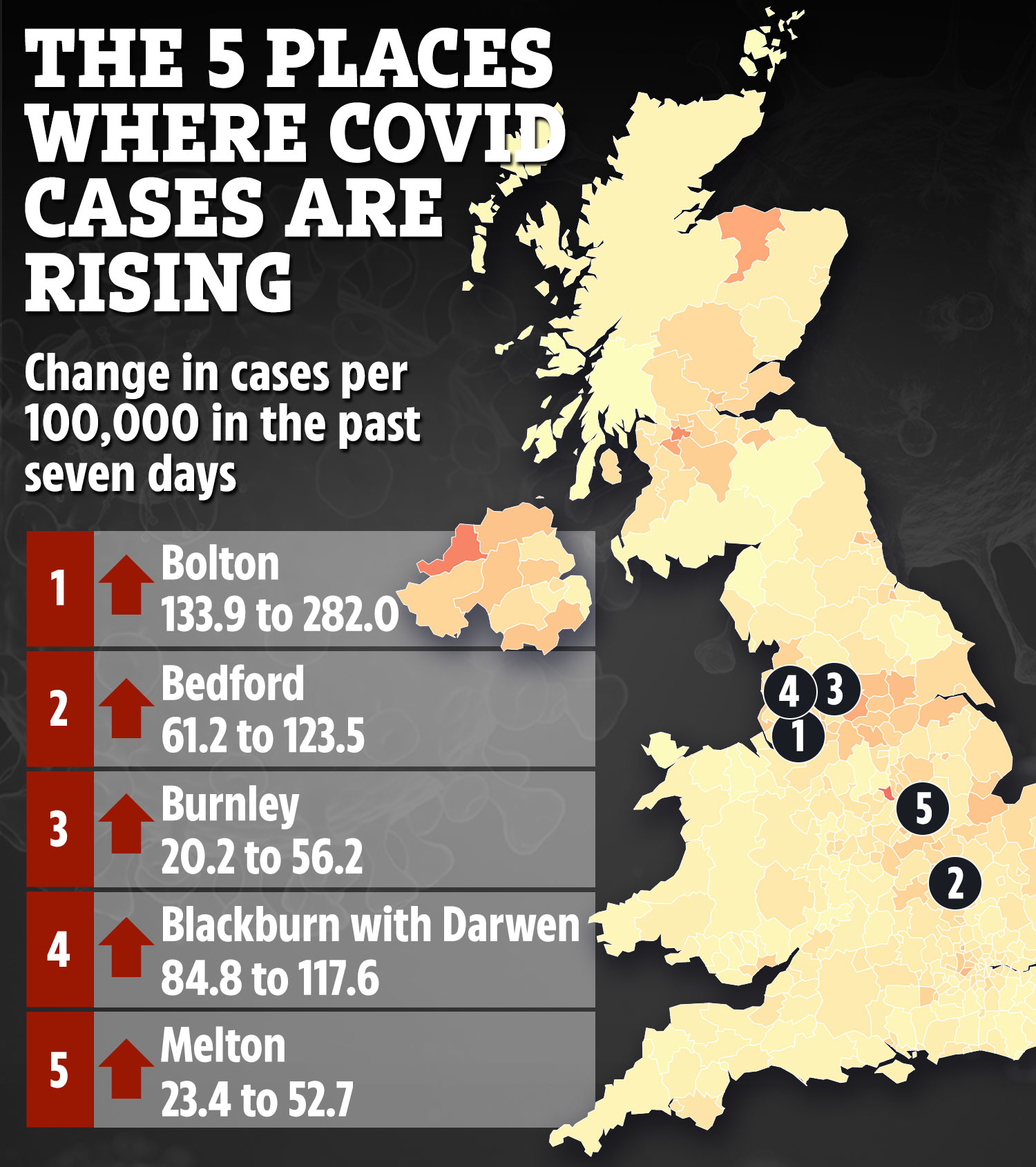 Around 66.3 per cent of Bedford resident had received a single jab, and 32.3 per cent both doses.

Bedford has the second highest of infections in the country rate, and is also one of the five areas that has been the biggest increase in cases.

Covid-hit Bolton and Blackburn with Darwen have seen 483 cases of the Indian variant and 27 people hospitalised, with Bedford now on the watchlist as infections rise.

Mr Hancock said: "The next biggest case of concern is Bedford where we are surging testing – and I would urge everybody in Bedford to exercise caution and engage in testing where it is available."

He said there are 86 local authorities with five or more cases of the mutation, but did not specify where they were.

The third place where cases have risen significantly is Burnley and cases here have gone from 20.2 to 56.2 per 100,000 in the last seven days.

Blackburn with Darwen has also seen cases increase from 84.8 to 117.6 and is the third most infected local authority in England.

Melton in Leicester has also witnessed a siginificant rise going from 23.4 to 52.7.

Local health officials in the area have encouraged people to continue to go and get their jabs as the national campaign to get Brits vaccinated continues.

In areas where the Indian variant has been detected, the vaccine programme has been super charged and over the weekend people were seen lining up at centres in order to get a jab.

Over 36.7 million Brits have so far had a first dose of a vaccine, with 20.2 million having had a second.

From today, 37-year-olds can get their jab, with 36-year-old being able to get theirs later in the week.

Data from May 8 revealed one in five UK cases of Covid were found to be the Indian variant – but now the country will be battling more than one in five, after infections quadrupled in a fortnight.

Experts have warned that if cases of the Indian variant continue to rise, then Prime Minister Boris Johnson's roadmap out of lockdown might not be able to continue. 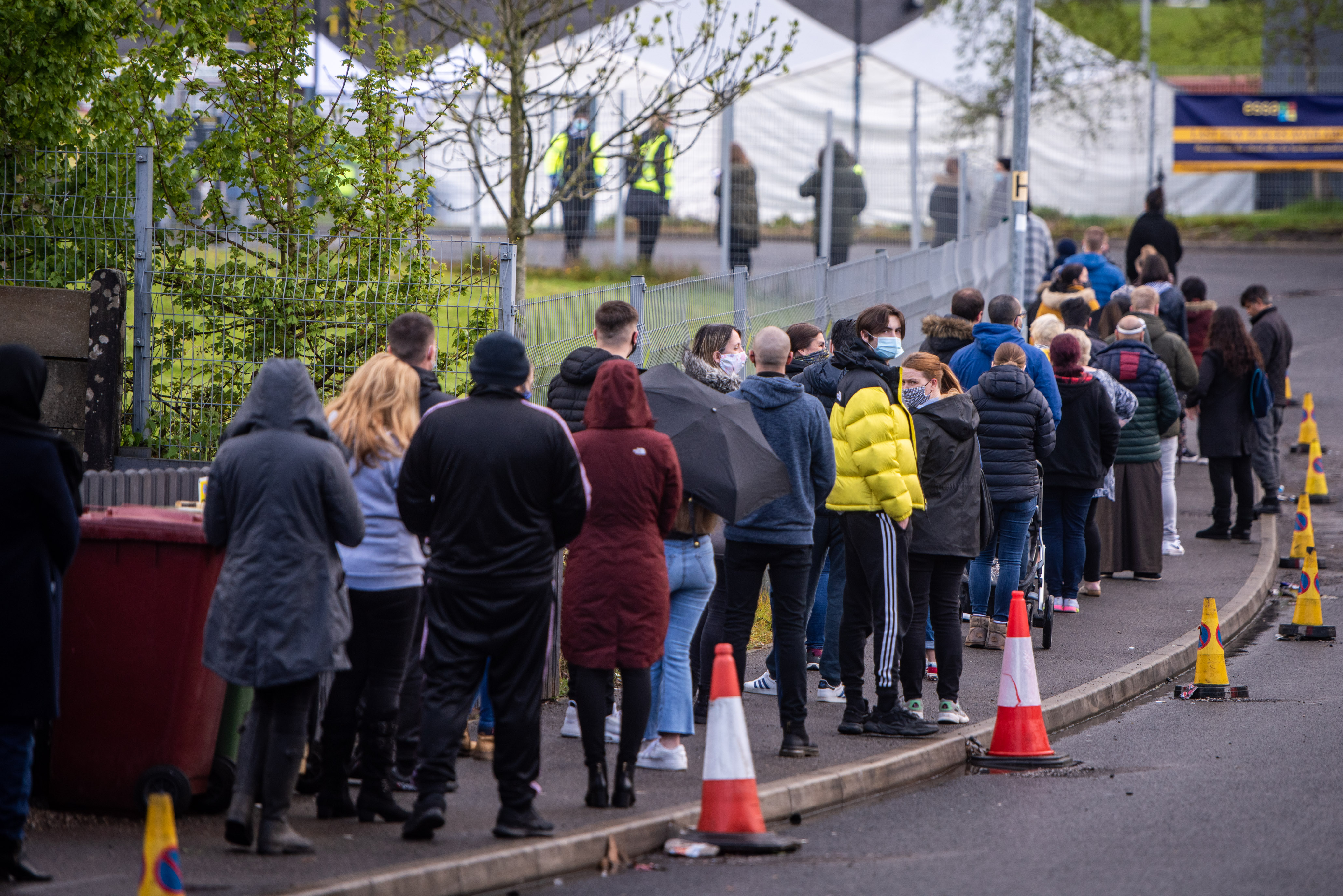 Downing Street has refused to say if Boris Johnson's promise to announce an update on post-June 21 plans by the end of the month will still go ahead as planned.

Some ministers and scientists have insisted the full easing of lockdown restrictions that will allow indoor mixing, weddings and clubs to reopen, is still likely to go ahead.

But ITV’s Robert Peston has reported that the chances of that happening are now “close to nil”.

"It is clear some social distancing will have to be retained, not everything we've set out for 21 June is likely to happen," he quoted a government adviser as saying.

18/05/2021 World News Comments Off on The 5 places where Covid cases are rising fastest as Indian variant infections soar – is YOUR area on the hotspot list?
Lifestyle