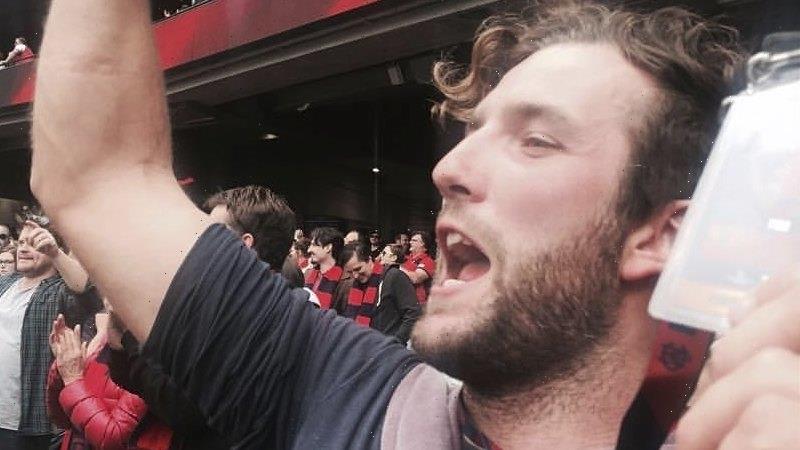 A third Melbourne Demons fan who sneaked into Western Australia to attend the AFL grand final, Caleb Cox, has been jailed for at least two months after pleading guilty to four charges of breaching the state’s strict emergency laws.

Caleb Cox has indicated he will plead guilty to sneaking into WA to attend the AFL grand final. Credit:Facebook

On Monday, Cox, 32, was sentenced to one month immediate jail and six months suspended, after already being held in custody for four weeks, on three charges of failing to comply with an emergency direction between September 23 and 27, since he’d been in the high-risk state of Victoria in the previous 14 days.

He was also charged with gaining entry to WA through fraudulent means relating to his G2G border application, which got approved on the basis of a forged driver’s licence, utility and telephone bill using a South Australian address. That matter will be sentenced on October 28.

The Perth Magistrates Court heard he drove from the Mornington Peninsula in Victoria, deliberately using back roads to avoid police detection, into South Australia where he then flew to Perth Airport on September 23 – two days before the Optus Stadium decider.

Travellers from South Australia are free to enter WA without the need to quarantine, as long as they have not been in a state with COVID outbreaks in the past 14 days.

Cox stayed with a friend in the northern coastal suburb of Scarborough, where he went to a nightspot before the match and later partied at Crown’s Burswood casino after the game. At no point was he wearing a mask, the police prosecutor told the court.

Cox appeared via video link from Hakea Prison in Perth, where has been in custody since his arrest on September 27.

Defence lawyer Trent Andrews told Magistrate Michelle Harries that Cox’s offending was not as selfish as Burbank and Babbage in that he attended the grand final in support of one of the players, who was the brother of Cox’s friend who died recently.

Mr Andrews said his client also took steps to avoid creating a risk to the WA public by taking a COVID-19 test on September 11 before embarking on his journey from the Mornington, where there had only been one virus case reported locally, and avoiding hotspots.

But Ms Harries deemed Cox was at the higher end of the offending because of the measures he took to avoid the 14 days of quarantine and “attending what could have been a superspreader event” with 61,000 people in attendance.

She described the actions of Burbank and Babbage as “more deliberate and complex” but still formed the view that a term of immediate imprisonment was needed to act as a general deterrence to others over the seriousness of the risk to the community.

Burbank and Babbage were arrested on September 28 after partying post-match in the Melbourne locker rooms, and had previously attended the Crown AFL grand final eve luncheon with 1000 guests, including a who’s who of football in WA.

Cox has a chain of four F45 gyms in Melbourne, which meant he suffered financial hardship of up to $300,000 from extensive lockdowns, his lawyer said.

Mr Andrews also made a case for the fraud charge to be dealt with as a measure of the failure to comply rather than a separate charge, which carries up to two years jail and a $24,000 fine.

Burbank and Babbage have yet to face court in the Northern Territory over separate charges over false documents created to gain entry to WA.